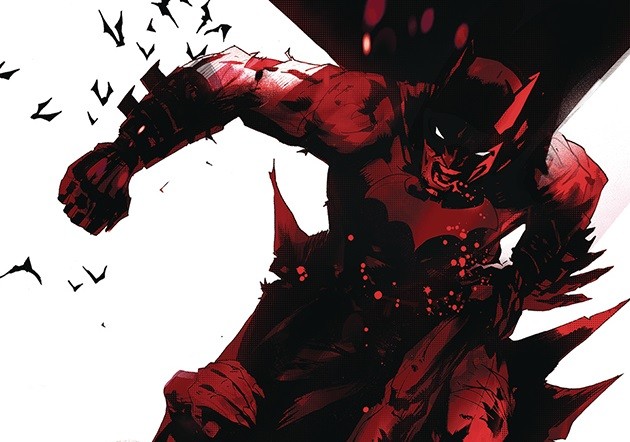 THE BATMAN WHO LAUGHS #6 Review by Mance Fine

SYNOPSIS: True happiness begins in the heart. Our memories and emotions can play tricks on us, though, and divert one’s reality into something completely different. The Batman Who Laughs has based his entire worldview on this very concept, and it is in this moment that he must finally confront the one man who stands in his way, the one man who could complete or halt his plan…the last Bruce Wayne. It is here, on the home turf of Wayne Manor, that Bruce relives the happiest moment of his life—the moment he became the Batman Who Laughs. Will Batman be able to outthink the Dark Multiverse version of himself and stop his most sinister end? Or will the original Dark Knight succumb fully and let go of his morality? While good almost always wins, this issue is the start of something more…setting up a larger plan based in the ultimate betrayal of infection, loyalty and true happiness. This is not the end…it’s only the beginning. 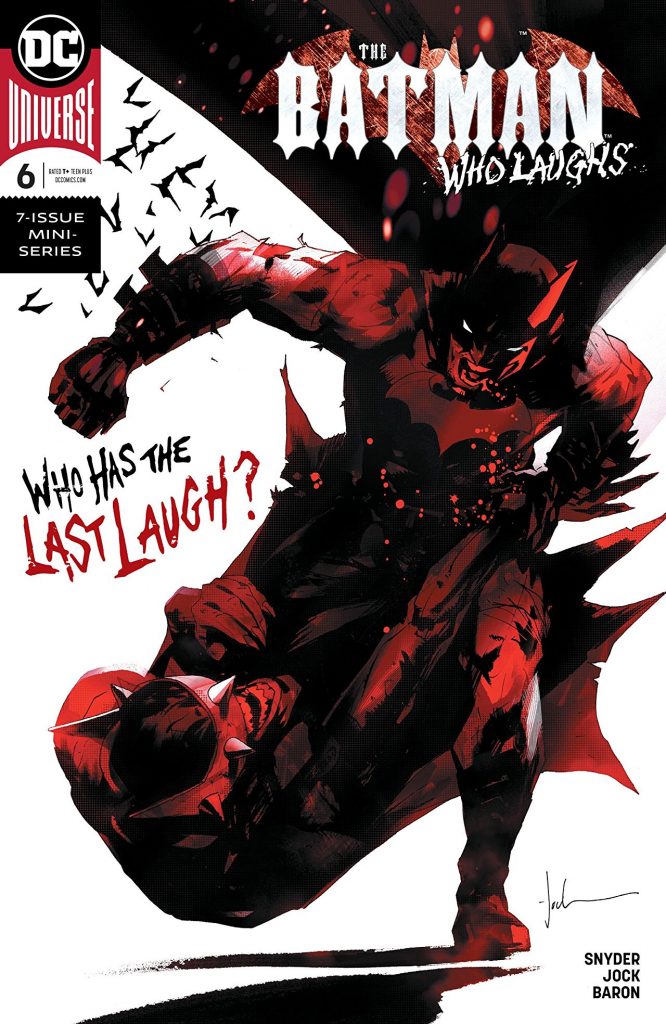 It’s getting harder and harder to write these reviews because there are only so many ways you can articulate that The Batman Who Laughs has been a Batman tale for the ages.

Scott Snyder just gets Batman. He understands the character at his core and does a fantastic job of incorporating decades of characterization, stories, and lore into every story he tells.

Dark Knights: Metal was easily my favorite “out there” story that DC has released since Final Crisis, and while I didn’t think it was perfect, I loved the idea of the dark multiverse that created worlds and versions of our favorite characters from our heroes worst fears. It was intriguing to witness the Dark Knights and how one altered moment in Batman/Bruce Wayne’s life could result in such a drastically different (and evil) Batman. But above all, Metal gave us the mysterious and sinister Batman Who Laughs. When we found that he had survived in Justice League, we knew it would only be a matter of time until he confronted his heroic counterpart in Gotham.

The serum has almost transformed our Batman into his evil counterpart, and as Alfred keeps reminding him, the more he exerts himself the faster he will transform. Jock has done a fantastic job of making Batman’s impending transformation a suspenseful and unsettling thing to watch. This may be an old trick, but I love the way he uses the text and the color of the dialogue boxes to illustrate just how far gone Batman is (or isn’t?). The more the transformation takes hold, the more the two versions of Batman mirror one another in how they see the world, the dark matter, various version of themselves, etc.

As our Batman finally enacts a plan that The Batman Who Laughs didn’t foresee, the laughing menace still seemingly gains the upper hand, counting on Batman’s inevitable transformation into “him” to give The Batman Who Laughs the final piece he needs to make all of Gotham laugh with both of them.

I’ve always been on the fence about the James Jr. character, maybe because I feel sorry for Commissioner Gordon and how much he’s had to endure even when not accounting for the fact that his son is a cold and homicidal sociopath. However, they have some fantastic interaction throughout this issue, even taking things beyond (heh heh heh) the scope of their normal relationship and working together to try and take down the Grim Knight. I hope that if any character has some redemption in the finale, it’s James Jr. I applaud Snyder for bringing him back for this story, as it was an unexpected character who has added even more layers to the story and the character development.

Theory time: I am guessing that it wasn’t just the toxin in The Joker’s heart that made the Batman Who Laughs become a homicidal monster.

While each of the other Dark Knights were Bruce Wayne, they were all fundamentally flawed and made the choice to become the dark versions of themselves. While we think the Batman Who Laughs was created entirely from the toxin, I believe our Bruce Wayne has something inside of him that will keep the toxin from turning him into The Batman Who Laughs. He will still be a Jokerized Batman, but I believe he is counting on the fact that his fundamental sense of good and right will not leave him even if the toxin puts a smile on his face. This, I would assume, is the “one weakness” he discovers about The Batman Who Laughs as the toxin takes hold.

I love having absolutely no idea what will happen while still being overwhelmingly invested in the story and in the outcome. We’ll find out in a month! – Mance Fine