BATMAN BEYOND #33 Review by Matt Whaley 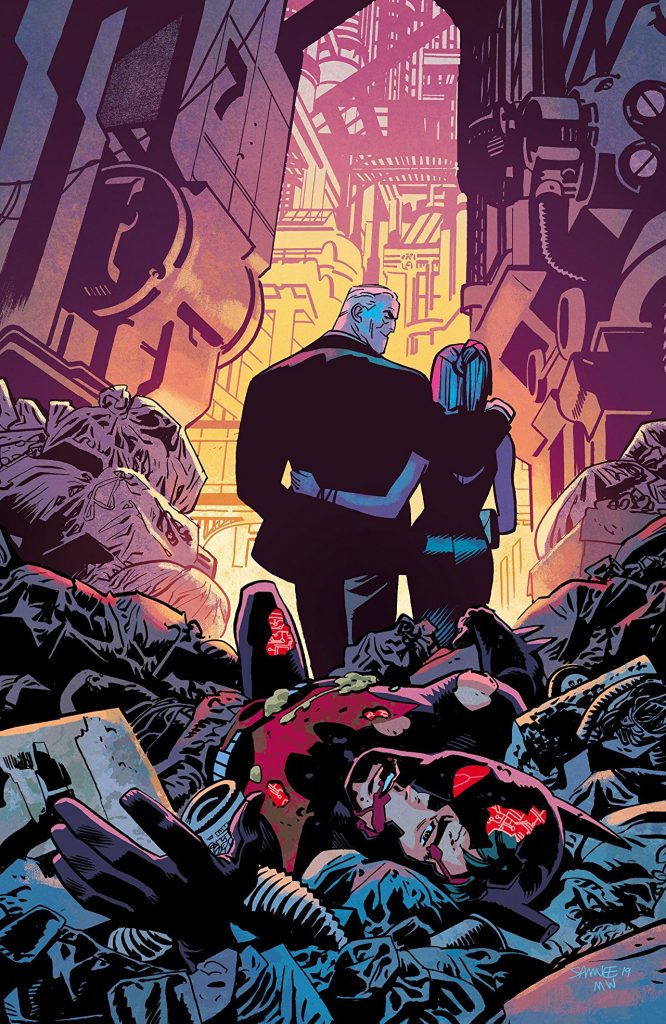 SYNOPSIS: “Lost Daze” part three! Defeated at the hands of the Splitt, Batman radios for help. But Bruce Wayne doesn’t seem to have the same knowledge and experience Terry has relied on over the years from his mentor. Meanwhile, Melanie Walker tries to get to the bottom of everyone’s strange behavior by breaking into Arkham Asylum. Will she make a shocking discovery that will help Terry the way Bruce seems unable to?

Building off of the markedly un-Bruce-like behavior from the last issue, Mr. Wayne continues his proclivity towards nightly casino visits and escapades with beautiful women. This time, however, Bruce takes it a step further by kicking his current Bat-Family out of the cave. But everything isn’t as it appears when Melanie makes a return trip to Arkham to find out what may have happened to Bruce.

Meanwhile, Terry seems wholly outclassed in his conflict with the aptly named speedster Splitt, but this part of the story goes to the wayside in favor of the (currently) more interesting mystery angle with Bruce.

Terry’s confrontation with Bruce doesn’t end like you’d expect it to. In the process, we’re introduced to an obscure Silver Age villain who also popped up in a couple of episodes of the 1960s TV series, Batman: The Brave and the Bold, and Batman Beyond animated series’, as well as the ’66 Batman comic series.

Dan Jurgens’ writing is great in this issue, as usual. He’s crafting a mystery story with some twists and turns along the way and doing a damn fine job at it. Rick Leonardi’s art just doesn’t do it for me this month though. It feels plain with very little fine detail on the main characters. That’s not to say that it’s bad art, it just didn’t grab me as his style has in other series’ he’s worked on.

Next month looks to be a fun ride after the huge cliffhanger we’re left with in this issue! – Matt Whaley