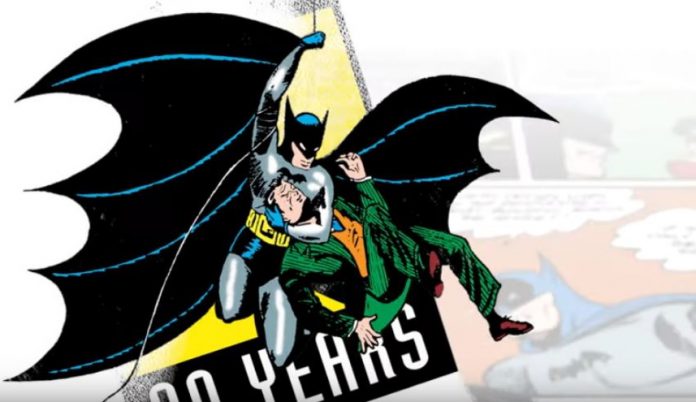 Yeah, this is a few days old, but I’m posting this on BOF because…it’s my site, it’s Batman’s 80th anniversary, and I LOVE Batman.

And it’s really cool too.

From his humble beginning in the pages of DETECTIVE COMICS #27 to his current standing as a pop culture icon and one of the world’s most recognizable superheroes, Batman has been delighting comics readers for eight decades. Now, we invite you to relive The Dark Knight’s journey, as we revisit his many looks over the years in this exclusive Batman 80th Anniversary Comic-Con video.

I would’ve loved to see a little more Batman on film love in it…maybe shots of West, Keaton, and Bale from BATMAN ’66, BATMAN ’89, and THE DARK KNIGHT TRILOGY?