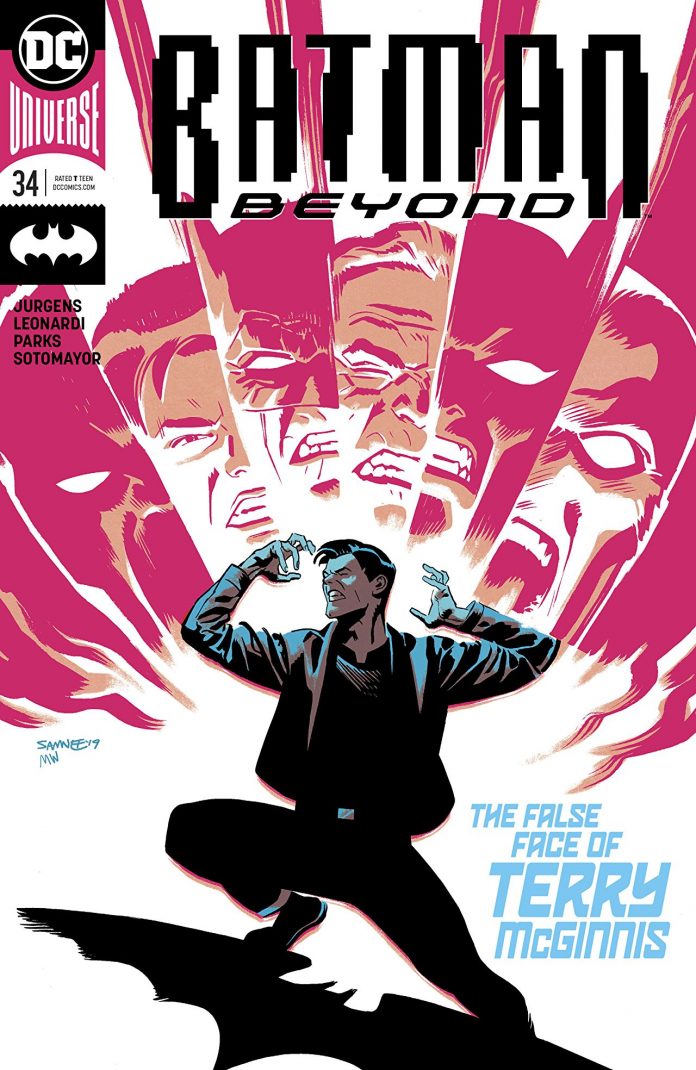 SYNOPSIS: The strange goings-on in Neo-Gotham continue, and not even Batman is immune. The Dark Knight of Tomorrow needs to stop the Splitt’s high-tech heists once and for all, but his opening move will have everyone confused and bewildered. Will Batman save the day…or be the catalyst to lead his city into ruin?

It’s like Invasion of the Body Snatchers in Neo-Gotham!

Our little known Silver Age villain, False Face, is taking the form of our heroes, leaving them in an anamnestic state, but to what end?

Bruce has been rescued from Arkham with a vague idea of what happened to him, but now Terry isn’t what he seems, and Batman is a more violent, morally gray version than we’re used to.

Through Fake-Terry’s actions and moral ambiguity, the rest of the Bat-Family (sans brother Matt) begins to get suspicious pretty early on. With Bruce being “The World’s Greatest Detective,” it’s kinda what you’d expect. Meanwhile, Terry is living the homeless life and begins hanging around one of the thugs that Fake-Batman beat up at the beginning of the issue.

Overall, this is a pretty solid entry into Jurgens’ run on Batman Beyond. You can see the swerve at the end coming from a mile away, but up until then, it’s a fun ride.

Rick Leonardi’s art feels like it’s a step up from issue #33. His character designs are great, for the most part, especially the close up looks we get of the face of the Batman Beyond suit. I missed this is last month’s review, but Ande Parks’ inking is fantastic! The look of Neo-Gotham is spot on and his use of different color on the Batsuit does a great job of adding some extra depth and texture.

We have 2 issues to go in this story arc. Here’s to hoping Mr. Jurgens can tie up the loose ends and conclude what’s been a better than average story in a way that does it justice! – Matt Whaley