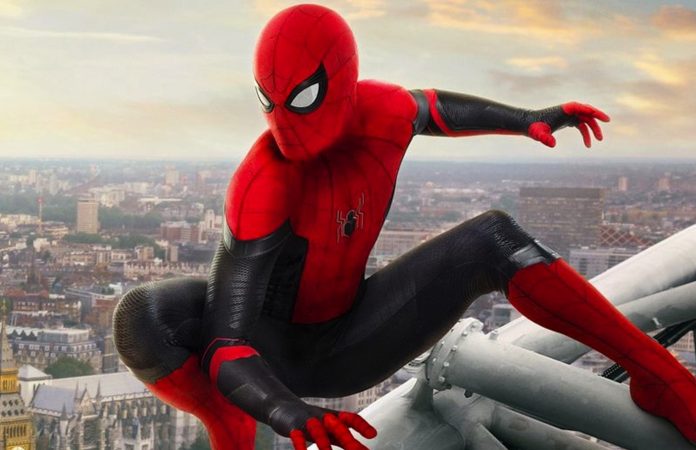 Let me preface this op-ed by saying that I liked both SPIDER-MAN: HOMECOMING and the most recent Spidey flick, SPIDER-MAN: FAR FROM HOME (though I prefer the former a good bit over the latter).

However, the first two Sam Raimi-directed (no relation and spells it wrong) SPIDER-MAN films are far superior and far more “traditional Spider-Man,” if you will.  Heck, most people rank SPIDER-MAN II as one of the genre’s best and I absolutely concur — it’s likely in my top 5…top 10 fo sho. (And yes, SPIDER-MAN III was, well, not good, but it isn’t nearly as horrible as perception has it nowadays.)

(If Andrew Garfield = Val Kilmer, then THE AMAZING SPIDER-MAN = BATMAN FOREVER.  I know you BOF’ers get the analogy because BOF readers are smart!)

Then there’s the animated SPIDER-MAN: INTO THE SPIDER-VERSE animated film which just may be the best theatrically-released Spidey movie to date.

Using my Texas math, out of the eight Sony-produced Spider-Man movies, only two of ’em — SPIDER-MAN III and THE AMAZING SPIDER-MAN 2 — weren’t all that good (though both made money).

So this idea that “Sony sucks at making Spider-Man movies!” is simply false.  Most have been good and all have made money.  Check this out: No live-action Spider-Man movie has made less than $700 million worldwide.  Even VENOM — which fans claim “sucks” — rang up $856 million at the box office.

Yes I know, Marvel Studios was creatively behind the last two Spider-Man movies starring Tom Holland and had Kevin Feige on board as producer.

But my dear BOF’ers, therein lies the rub.

While both HOMECOMING and FAR FROM HOME were solo Spider-Man films, they were equally 2+ hour commercials for previous MCU films — AVENGERS: ENDGAME first and foremost.

Now we’re finally getting to the heart of the matter at hand.

If that means there will be no more MCU stuff shoehorned into a solo Spider-Man movie, I’m totally on board.

No more Happy Hogan hanging around and trying to make the moves on Aunt May.

No more Nick Furry and Maria Hill showing up to pressure/guilt Peter Parker into working for the Avengers.

No more Spider-Man suits made from Stark Industries technology — especially those made via a 3D printer?

And most importantly, no more “Peter Parker will be the next Tony Stark” nonsense.

However, Spider-Man is as popular and iconic as Superman and even my beloved Batman.

There are no MCU story threads from either HOMECOMING or FAR FROM HOME that MUST be included in the next Spider-Man movie.  Who gives a damn if Happy gets it going with Aunt May or if Peter Parker becomes the “Next Tony Stark?”

I’ll be honest, while I’ve always been a Batman fan and gravitated to DC Comics as a result, Spider-Man was and is still my 2nd favorite comic book character.

I’d like to see THAT Spider-Man — actually Peter Parker — on the big screen again.

You know, the nerdy high school kid who relies just as much on his scientific genius as he does his radioactive spider-given superpowers.  The one who can barley make means meet and struggles constantly upholding Uncle Ben’s advice: “With great power comes great responsibility.” 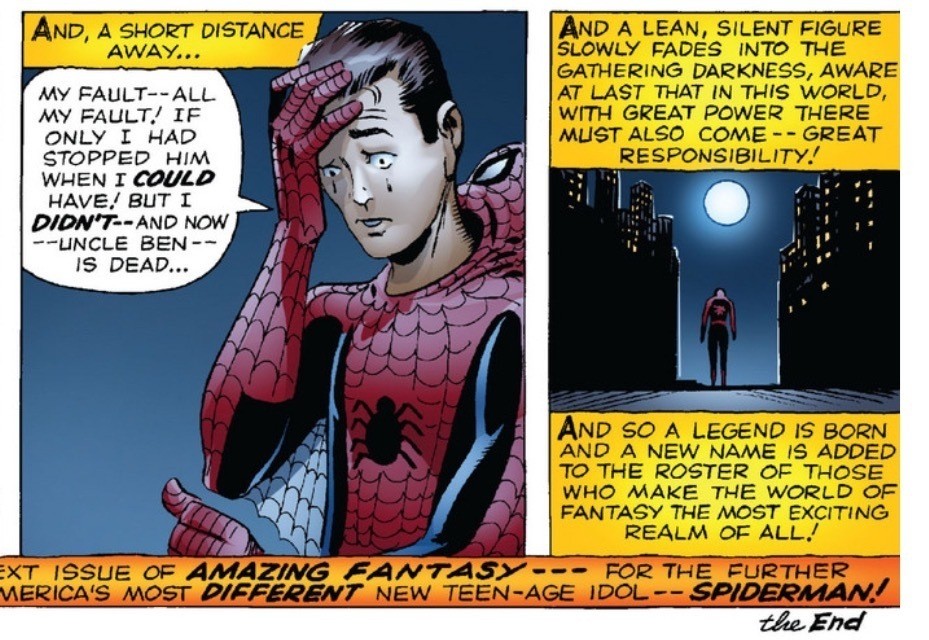 Sony owns the cinematic rights to Spider-Man (and all that entails) and the character doesn’t need to be propped up by the MCU.  So the idea that no more MCU Spider-man will negatively affect solo Sony Spider-man movies is simply false.

Frankly, the only people who really care about Spider-Man being out of the MCU is the continuity/it MUST all connect dammit! contingent who want cross-pollination, cameos, shared storylines, and all that stuff.  (And yes, the fanBOIZ are representing online in response to the Spider-Man news exactly as expected.  We got us another futile hashtag campaign folks!)

Just move forward with Tom Holland and the rest of the gang and focus on our Friendly Neighborhood Spider-Man. – Bill “Jett” Ramey