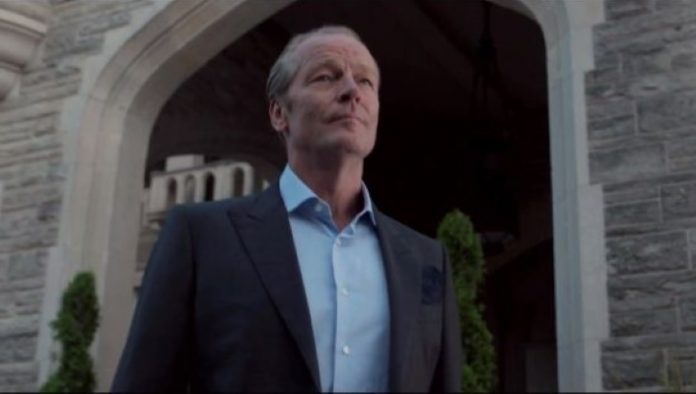 SYNOPSIS: After Rachel’s father, Trigon, has turned Dick dark, he sets out to get the others on his side by embracing their inner darkness; with everyone under Trigon’s control, Rachel and Gar find themselves fighting a seemingly hopeless battle. 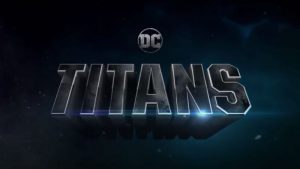 The season one finale of TITANS was a journey into the psyche of Dick Grayson (Brenton Thwaites).  In a somewhat dream-like scenario, Dick was summoned to Gotham City to confront and stop Batman, who had gone on a murderous rage, and Rachel brings Trigon to Earth.  The episode ended in a weird place, and it left many fans wondering what was going to happen.

Well… season two picks up right where season one left off.  Rachel (Teagan Croft) is realizing the mistake she made by bringing Trigon back, and Dick is still in his dark trance where he murdered Batman.  Hawk (Alan Ritchson), Dove (Minka Kelly), and Jason Todd (Curran Walters) (still not sure why he’s here) show up to try and help the other Titans, but they are also drawn into Trigon’s web of bad memories and get placed under his evil spell.

While the episode is somewhat predictable, it does its job in setting up two things.  First, Rachel becomes Raven and is now in full control of her powers and abilities, and second… the Titans are officially born.

Rachel’s transformation into Raven was a pretty cool moment for her.  It was nice to see her go from scared teen to confident hero as she dispatches a CGI Trigon using her newfound powers.  She has been the emotional center of the show since it began, and to watch her growth has been one of the better things about TITANS.

We also got plenty of great moments from the rest of the Titans.  Hawk playfully telling Jason Todd he knows who Batman is by making a mask with his fingers.  Donna Troy (Conor Leslie) and Kori (Anna Diop) continue to build upon their frenemy relationship.  Gar (Ryan Potter) turning into a snake for the first time was also cool to see.

The character most anticipated this season was, of course, Bruce Wayne (Iain Glen) who is older and wiser in this take.  The conversation he has with Dick is very much a father and son moment.  Dick admits to Bruce that he blamed him for much of who he has become as an adult, but now realizes he raised him the only way he knew how.  It’s a conversation I’m sure many fathers and sons have had and, again, shows how far Dick has come since we first met him.

The other character making his debut was this season’s big bad, a “retired” Slade Wilson
(Esai Morales), who we see watching TV coverage of the Trigon incident. The sight of the
Titans together makes him angry, and he is then recruited to don the mask and take up
the Deathstroke mantle once again. It should be fun watching the Titans battle their
archenemy, which is something I know most of us are waiting to see.

Additionally, we are finally introduced to Titans Tower.  I was a little upset that it wasn’t T-shaped, but the excitement that Gar, Rachel, and Jason show when they are checking out the grounds shows a bit of a tonal shift in the show.  Last season was very dark and focused on the tortured souls of all the characters.  This year, it looks like we’re going to get a bit more of the superheroes Titans we’re all used to.

All in all, the premiere did an excellent job closing the book on last season and setting up this one.  We did not see any reference to Superboy, so we have that to look forward to.  I am also wondering if they will bring Cyborg over from Doom Patrol and have him join the Titans.  Regardless of what happens, I am excited to see where they go with a lighter tone.  I like dark and gritty, but I also like seeing superheroes be heroic. – Eric Holzmann

Who Could Be Batgirl?