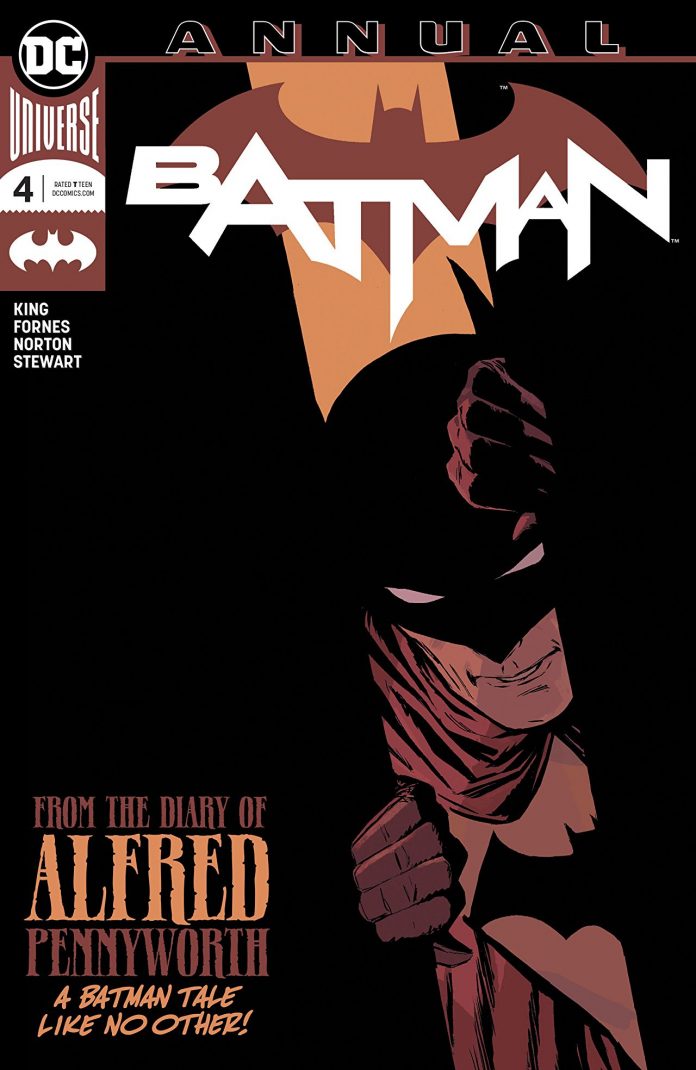 SYNOPSIS: In this new annual, it’s two unique stories by BATMAN mastermind Tom King! First, King reteams with Lee Weeks, his collaborator on the Eisner-nominated BATMAN/ELMER FUDD #1 to send the Caped Crusader into space in search of the rare element he needs to save a life on Earth. But what terrible gauntlet of tyrants and monsters will he have to go through to reach his objective? Then, it’s back down to Earth and the grimy streets of Gotham City as King and acclaimed newcomer Jorge Fornés task the Dark Knight Detective with a dangerous case only he can solve.

Some of them happen across several pages. Most occur in flurries of rat-a-Bat-tat panels exploding with action, adventure, imagination, and heart. All of them are awesome.

Every one of them is original, and all of them are unique not only of each other but of anything we’ve seen in the many pages King has written since his first issue was released in June of 2016.

It’s called “Everyday,” and it’s a bold and brave celebration of Batman’s indomitable dedication to his duty and his oath.

This is probably King’s final Batman annual, and he’s given us his most vibrant, vital, and utterly beautiful celebration yet of why he, and indeed all of us, love this character so much. This one’s a can’t-miss that’s well worth the extra dollar on the cover. Thank you, Tom. Thank you. – John Bierly