The Eisner-nominated creative team of Jeff Lemire and Andrea Sorrentino (GREEN ARROW, Gideon Falls) reunite for a psychological horror story where nothing is as it seems, your eyes can’t be trusted and Mr. Smiles is waiting behind the basement door.

“All I have ever wanted is to create things that are beautiful.” 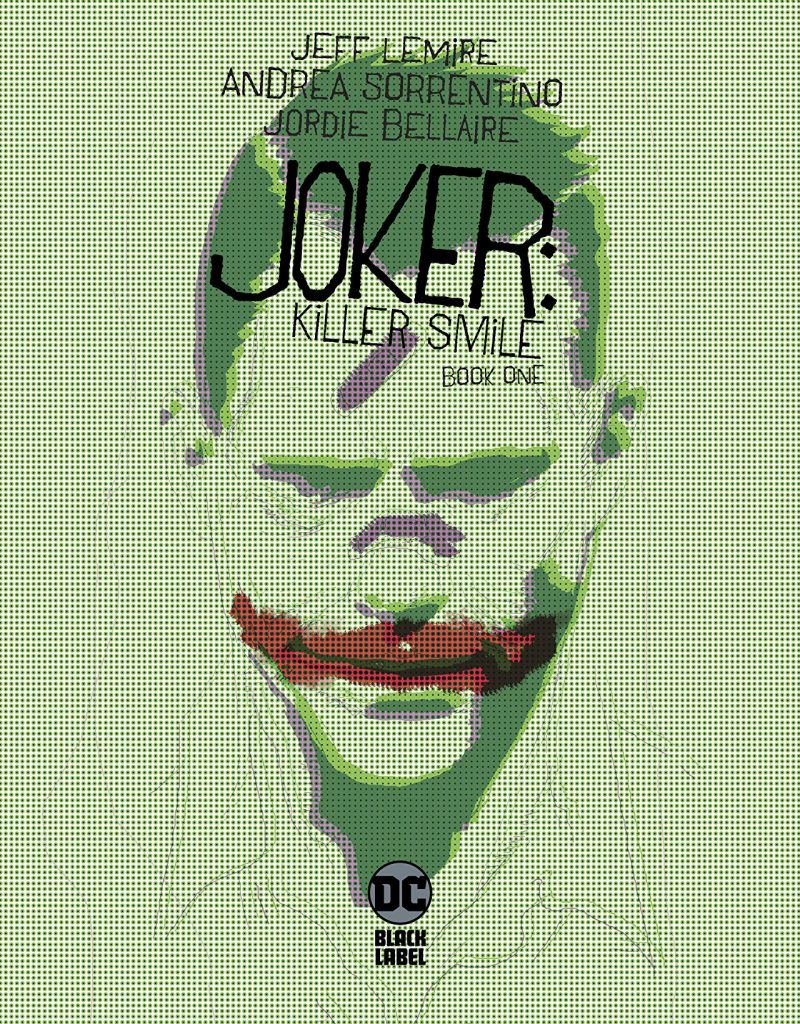 Doctor Ben has been working with The Joker for some time now, but his boss is pulling the plug.  He has two more weeks to “cure” The Joker, and if it can’t be done in that time, Ben will be removed as The Joker’s counselor.

Apparently, others have already tried curing The Joker, and things haven’t exactly gone well for those people…

But it may be too late.

Welcome to Joker: Killer Smile — brought to you by the incomparable team behind Image Comics’ Gideon Falls.   (If you haven’t read Gideon Falls, consider this a hearty recommendation).

Killer Smile is not your “normal” Joker story.  This is a psychological horror story.  The whole thing feels like a bad dream (in the best possible way).  The writer, Jeff Lemire, is a powerful, versatile writer; he’s able to articulate a tone of escalating dread that permeates each page.  There are moments in this story that are so unsettling and disorienting, I’m still thinking about them days after.

Artist Andrea Sorrentino’s brings his lovely and distinct style to the book (he also illustrates Gideon Falls).  He has a brilliant, almost utilitarian approach – nothing is exaggerated, everything looks rather normal – and I think that’s one of the reasons why the book is so darn unsettling: it feels REAL.

The Joker as a character obviously has some serious cachet at the moment with Todd Phillips’ outstanding JOKER movie putting butts in seats and breaking all kinds of records.

And those that have seen the movie may notice some of its themes at work here, namely, what is the Joker’s true motivation?  What’s his origin?  Can anything he says actually be trusted?

Books like this prove just how incredible a concept The Joker is.  He’s been around for almost 80 years, and we are still able to mine the riches of this entity who is arguably the greatest villain in all of comics history (if not fictional literature, period).

I’ll put it plainly: PICK THIS BOOK UP!

I don’t want to give too much away in this review as there’s some creepy stuff here that should be left as a surprise, but I will say this: watch out for Mr. Smiles.

I can’t wait for the second and third installments! – John Funderburg