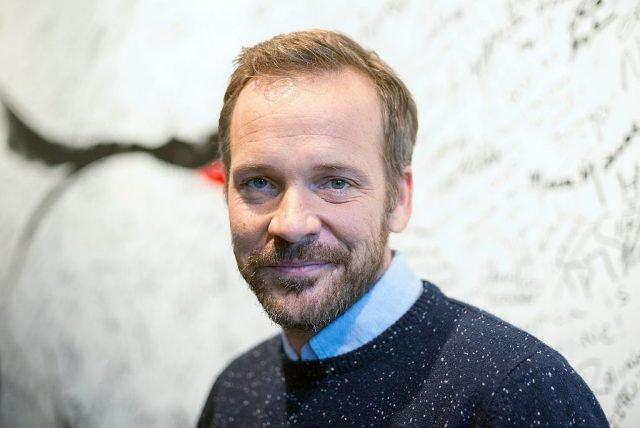 Half way through a shave…

“Halfway through a shave,” she says. HALF.

She’s either giving us a wink that her husband is playing Two-Face in THE BATMAN, or doing an epic troll.

The original report is below. – Jett

I believe that’s Peter Sarsgaard — though I have no idea who he might be playing in THE BATMAN (or whatever it ends up being called/VENGEANCE).

Harvey Dent/Two-Face maybe?  There are two faces in the gif that Mr. Reeves chose to use to announce the casting. 🤔

I will say, Matt Reeves is having A LOT of fun announcing THE BATMAN‘s cast this way and I love it!

THE BATMAN hits theaters on June 25, 2021.  Check out BOF’s Everything About THE BATMAN to stay up to date! – Bill “Jett” Ramey