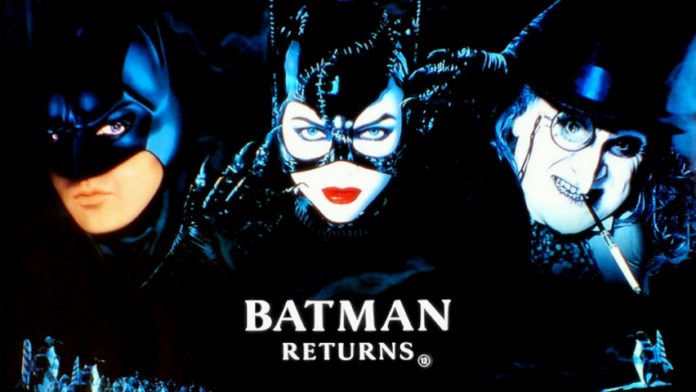 I have a confession to make…

I do NOT like BATMAN RETURNS. (Yeah, I’ve been keeping that a secret for 20 years. *wink*)

In fact, I despise it. I wouldn’t even p*ss on BATMAN RETURNS if it was on fire.  I’d rather watch a marathon of BATMAN & ROBIN, BATMAN v SUPERMAN, and JUSTICE LEAGUE – without the benefit of beer – than watch that movie again.  ANYWAY…

BOF’er “JWB” gave me a heads up about this cool video via LowRes Wünderbred that details the history of “Batman 2.”

Looking back historically, WB gave director Tim Burton carte blanche (as they should’ve and should going forward – good or bad) in the successful wake of BATMAN ’89, and the end result was a very “Tim Burton” take on Batman.

Thus, we got us BATMAN RETURNS – like it or not.

To be honest, the history of the journey from BATMAN ’89 to BATMAN RETURNS is out there – there’s really nothing new or ground-breaking in this video.  Regardless, I thought it was a well-done little documentary and worth a post here on BOF.

Of course, there’s no better way to usher in BOF 2.0 than some good old school BOF BATMAN RETURNS bashing!

Check out the video below.

And yes, this video confirms that BATMAN RETURNS sucked then and sucks now. – Bill “Jett” Ramey