Via an interview with NERDIST.COM, Matt Reeves talks about his take on Batman.  With 81 years of Batman history which includes 2 movie serials, an iconic TV series, and 8 motion pictures (BvS and JL excluded) featuring solo adventures of the character, Reeves made it his goal to do something different…

I just felt like well, what I’d love to do is to get a version of this Batman character where he’s not yet fully formed. Where there’s something to do in this context with who that guy would be in this world today, and to ground him in all of these broken ways. Because at the end of the day, this guy is doing all of this to deal with trauma in his past. 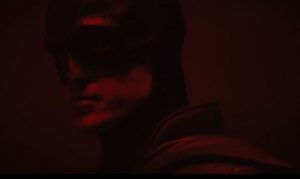 Reeves also talked about other specific versions of Batman on film — Chris Nolan’s THE DARK KNIGHT and Tim Burton’s BATMAN RETURNS specifically — so click on the links provided for the full interview.

*sigh* I guess I can forgive him for loving BATMAN RETURNS. – Bill “Jett” Ramey

Filming of THE BATMAN is on hiatus in the UK.  Follow BOF’s Everything About THE BATMAN Page.  Make plans to attend BOF’s THE BATMAN Watch Party.  THE BATMAN hits theaters on June 25, 2021 — for the time being.

Michael Keaton Reveals the Shadow of the Bat