I mean what I’m about to say sincerely… 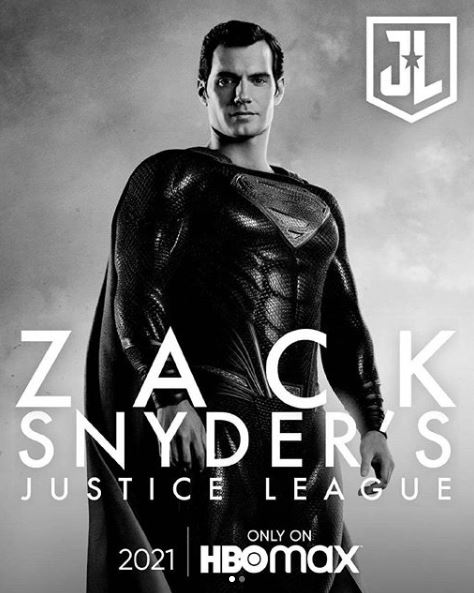 To the good folks who were part of the #releasethesnydercut online movement, congrats on the announcement of the release of the, well, “Snyder Cut” of JUSTICE LEAGUE.

As a fellow fan — and as someone who has spent the last 22 years running a website that respectfully lobbies the owners of Batman (AT&T/Time-Warner/DC Comics/Warner Bros. Pictures) to make good Batman movies — I salute you all.  I’m sure many of y’all feel the same way I did back in 2005 when I first saw BATMAN BEGINS, so trust me, I get it.

I also wanted to say that I was wrong about Warner Bros. — or in this case, HBO MAX, apparently — providing the cash to finish and release the Snyder Cut of JUSTICE LEAGUE.  Yep, I was wrong and I’m admitting it because if anything, I’m a stand-up guy.

That’s the only thing that I was wrong about because I really, Really, REALLY didn’t think they’d ever release it for A LOT of reasons.  Officially, when JUSTICE LEAGUE was released back in November of 2017, that was “The Snyder Cut.”  Remember, the story was that Joss Whedon was brought in to simply “finish Zack’s vision.”  But that wasn’t the case and BOF told you so (and took a lot of shit from the same people, ironically, who went on demand the release of the real Snyder cut).

Believe it or not, I personally couldn’t care less about it being released or not.  Furthermore, I have no issue with Mr. Snyder and I’m actually a fan of his (enjoyed DAWN OF THE DEAD, 300, WATCHMEN, and MAN OF STEEL).  No, my issue was that bad segment of the #releasethesnydercut fandom who spammed, bullied, harassed, and acted like antisocial psycho assholes.  Maybe if those people weren’t allowed to represent the entire group…maybe if someone like WB or even Mr. Snyder had said, “your passion is admirable but your behavior is unacceptable,” BOF would’ve got on board with the hashtag movement.  But I wasn’t going to reward shitty behavior nor was I going to let BOF be associated with people acting terribly.  (Sorry, calling Patty Jenkins an “ungrateful bitch” and harassing Henry Cavill on Instagram because he didn’t retweet a hashtag is not normal.)

Nonetheless, BOF will cover it and review each episode — because yeah, it’s going to be cut up into, like, 6 episodes — fairly and objectively.  Hell, we’ll even have podcasts and vlogs to discuss it!

Will I personally watch it?  Probably not.  Even though I borderline love MAN OF STEEL (I watch it at least 2 or 3 times a year), I’m just not a fan of BATMAN v SUPERMAN and Mr. Snyder’s take on Batman, Superman, and DC mythology; so I’ve got zero interest.  Plus, I’ve got a new solo Batman film — Matt Reeves’ THE BATMAN starring Robert Pattinson — to cover here on BOF and look forward to seeing on the big screen.

Finally, I do want to acknowledge Henry Cavill’s awesome Instagram post after he participated in Mr. Snyder’s MAN OF STEEL watch party/JLSC announcement.  Check it… 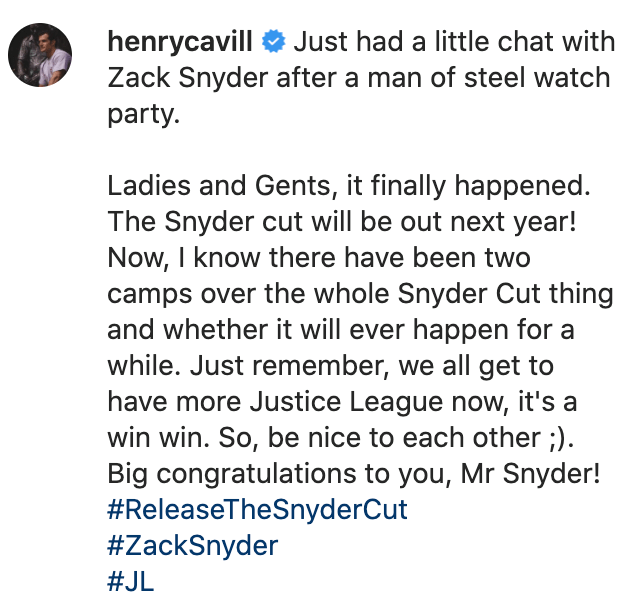 Right on!  Like I said, I wish those with power had said the same thing long ago.  Hopefully, the aforementioned, very small, segment of the #releasethesnydercut online movement — the ones that have spewed toxic hate, cyber-harrassed people online, and embarrassed good fandom for the last couple of years — will take Mr. Cavill’s advice to heart as I plan on doing.

And yes, I still believe there’s a way for HC to return as Superman for a straight-up, Superman-centric sequel to MAN OF STEEL!

Can someone at WB give Brad Bird a call…maybe? – Bill “Jett” Ramey

1st Official Preview Clip of BATMAN: SOUL OF THE DRAGON