APRIL: Batman and Robin traveled to England and was presented with the “Batboat” by Scotland Yard in DETECTIVE COMICS #110. The H.M.S. Batboat even included a Batarang gun! The Dynamic Duo brought it back with them and it was next seen in BATMAN #34. 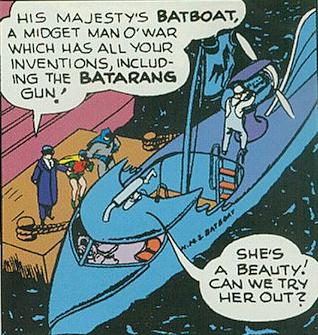 MAY/JUNE: Not a Batman comic, but a historic moment in Batman history nonetheless. The Bat-villain Crazy Quilt debuted in BOY COMMANDOS #15 by the legendary artist/writer Jack Kirby. 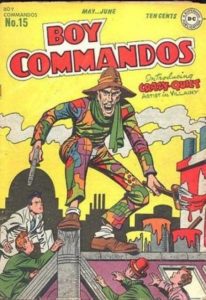 JUNE: Catwoman sported a purple and green costume with a cat-cowl for the first time. In BATMAN #35. The character also was depicted as a blonde as opposed to a brunette in previous appearances. Catwoman would also be a blonde in both BATMAN: THE ANIMATED SERIES and in the 1992 film, BATMAN RETURNS.

OCTOBER: The Joker creates his own Joker-ized versions of Batman’s equipment in BATMAN #37. In the story “The Joker Follows Suit,” The Joker rolled out a Jokermobile, Jokergyro, and Jokersingal. 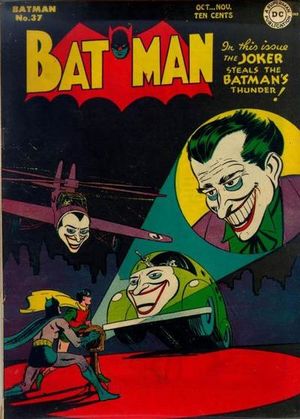