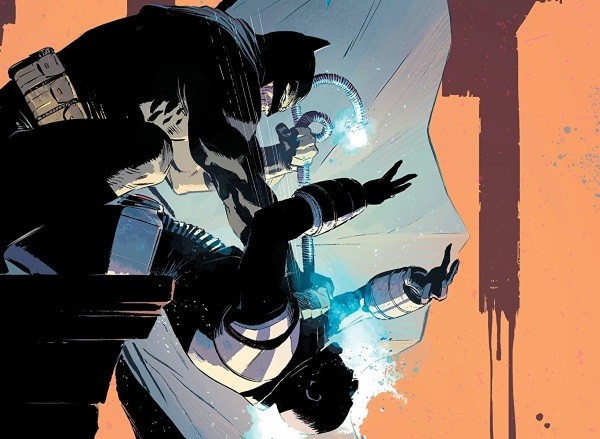 Looking ahead, how can this wedding possibly happen? Does Bat say, “I’m sorry, Cat, but it’s too dangerous for you if I love you, so I have to go away?” Does Cat say, “I’m sorry, Bat, but I’m afraid our marriage will only get you killed, so leaving you is the only way I can truly love you?” Such sentiments are among the oldest cliches on the block; at this point, the biggest twist ending would be that they actually do tie the knot. It would certainly be more interesting than the typical partings we’ve all seen a million times in stories such as these.

And, for me, BATMAN #50 did exactly that… with a twist… even if the twist didn’t make a lot of sense. I mean, I get it, but I’m still not sure who was involved, or when, or how, or why. And I also get that that’s the big mystery we’re waiting to see unraveled across writer Tom King’s next 50 issues. But when King said this to Entertainment Weekly last week…

“My job as a Batman writer is to show you something you’ve never seen before. A Batman who has been left at the altar, who was that close to happiness, and then to have it yanked away from him, that’s something you haven’t seen before. The next bunch of issues are exploring that pain and exploring him trying to get back from that pain.” 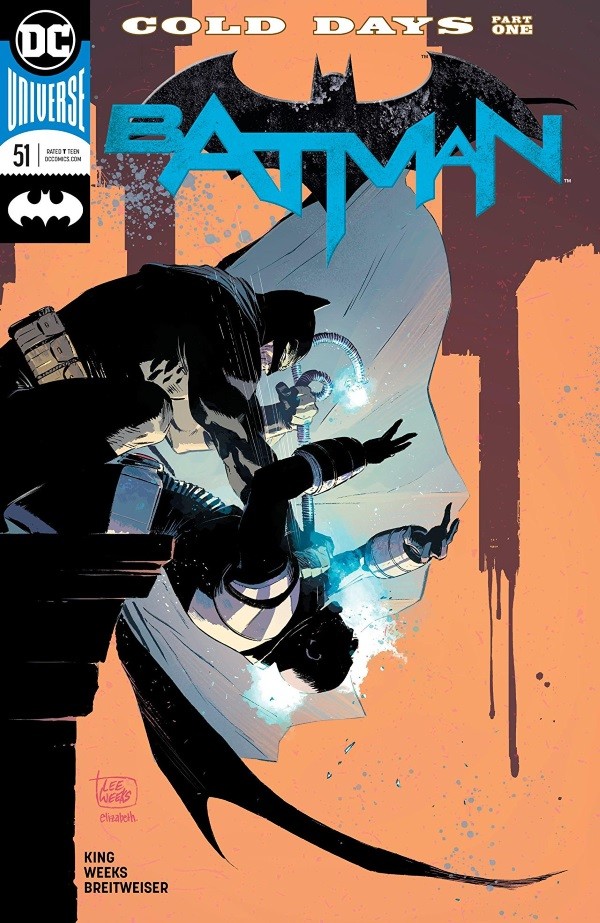 I’ll admit that I bristled a little bit. Yes, the reason itself is new, but watching Bruce close himself off and become an angrier Batman driven by pain and loss is something we’ve seen tons of over the years, just as we’ve already seen Selina suffer as she does in the (admittedly excellent) CATWOMAN #1. I maintained from the beginning that watching Bat and Cat coping with how a marriage affects their relationships with their allies and their enemies, with Gotham City, with their extended families, and ultimately with each other would be far more intriguing and original than the same old star-crossed sadness we’ve been getting at least to some degree since Selina’s first appearance in the first issue of BATMAN back in 1940.

Yes, I’m a hopeless romantic for these two. But it’s more than that. I wanted to see Tom King — a master of family dynamics as seen in the pages of MISTER MIRACLE and THE VISION — give me something big and new; the failed wedding seemed to me to be an invitation to more of the same.

King and artist Lee Weeks cut us back and forth between Batman’s savage interrogation of Mister Freeze and Bruce Wayne’s headline-making arrival for jury duty at the trial of… Mister Freeze!

Meanwhile, Dick Grayson is running around as Batman. (Interesting to note that Dick was also Batman in the alternate timeline Booster Gold unintentionally created in issues 45-47, as if the universe feels a great wrong has been committed and is showing us echoes of it in our own reality.) This works on two levels — Bruce needs a Batman on the streets while he’s busy with his civic duty, and Dick’s even keel will protect Gotham’s citizens and, more importantly, its criminals, from a Caped Crusader whose heartbreak tends to blur into rage. (Just ask the men’s room at Gotham South Court.)

Bruce Wayne is fighting his way through loss and pain. Someone else is Batman. Again, these are all things we’ve seen before. But King delivers them with such emotional honesty and exciting unpredictability that it’s impossible not to be drawn all the way in.

Speaking of drawing, Lee Weeks (who partnered with King on the infinitely beautiful BATMAN ANNUAL #2) makes this one really special. All of King’s collaborators bring unique artistry and imagery to the table, and Weeks’s realism is the perfect fit for where Bruce is, both literally and figuratively. Elizabeth Breitweiser’s colors hit every right note — Batman’s terrorizing of Mister Freeze is terrifying; Dick’s leaner, lighter Batman is nothing at all like Bruce’s (just ask Jim Gordon); the court- and jury-room scenes feel real and dreary without ever looking rote or mundane. And, as always, Clayton Cowles rises to the heavy-duty workout King gives him in the lettering department.

So, yeah. On its surface, BATMAN #51 is everything I feared this title would become if the wedding didn’t happen, but it’s doing so many interesting and original things in such stellar ways that I’ll think twice before ever questioning Tom King again. And just try not to laugh out loud with earnest awe and eager joy at that final panel; there aren’t enough bulldozers on the planet to handle how much I dug it. – John Bierly

THE JOKER: YEAR OF THE VILLAIN #1 Review by Mance Fine