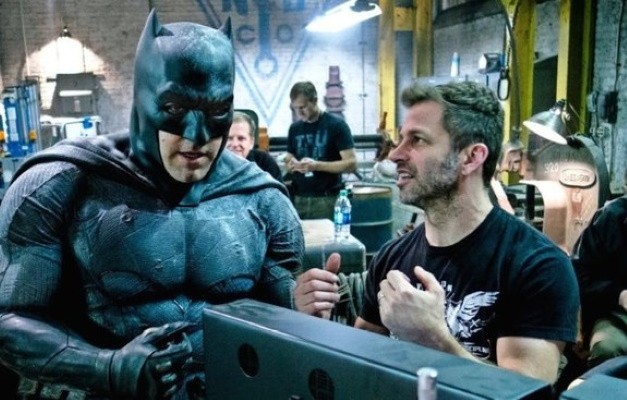 Via THE WRAP, reporter Umberto Gonzalez says that there will be no reshoots for Mr. Zack Snyder’s cut of JUSTICE LEAGUE…

There’s not going to be any reshoots of any kind with any actors. It’s just additional dialogue. Here’s something that hasn’t been reported yet: [Snyder] did want to shoot and he wanted to do additional photography, but HBO Max said no, that’s not happening. We’ll give you money for post-production, for special effects, for scoring, and even ADR, but no reshoots of any kind on this movie.

BOF can confirm this as this was what I was told about the release of the “Snyder Cut” before the official announcement this past Wednesday (May 20, 2020).  I can add that this was apparently part of the deal between HBO Max and Mr. Snyder and would also include no ADR — through THE WRAP says that HBO Max may allow that from the main cast.

RELATED: BOF VLOG # 63: The “Travesty of Robert Pattinson Not Working Out and It Looks Like the “Snyder Cut” of JUSTICE LEAGUE is Happening

Speaking of the cast, BOF understands (via 3 separate sources) that they signed off to receive a modest, flat fee which would be the same amount for each.

Gonzalez also made it clear that this is a one-and-done deal that won’t lead to, say, Ben Affleck returning as Batman for a Batman miniseries or JUSTICE LEAGUE 2 on HBO Max…

This movie is basically one and done. This is to…close the loop, to finish the story. Maybe not the whole story, cause he did have like a three to five-picture plan. But this Snyderverse, I’ll call it, will end with the Snyder Cut. Don’t expect any spinoffs for Batman or with Ben Affleck as Batman or any of that.

I can say that I’ve heard the same thing as Mr. Gonzalez as Warner Bros. Pictures — let me emphasize WARNER BROS. PICTURES and not HBO Max — is concerned and focused on the current DC on film projects, namely Matt Reeves’ THE BATMAN and it’s subsequent sequels.  With that said, nowadays, nothing — and I mean NOT AN F’n. THING — would surprise me.

I will say that there is one thing that originated (kinda) in the Snyderverse that I’d like to see and that’s a proper sequel/semi-reboot of MAN OF STEEL starring Henry Cavill.  And not on HBO Max, but from Warner Bros. Pictures and up on the big screen.  I wonder if, say, Christopher McQuarrie or Matthew Vaughn would give it a go now that the overseers of DC on film at WB are not the same folks who were around, well, not all that long ago, if you know what I’m sayin’.  If not those two, how about Brad Bird?

For the full podcast on THE WRAP click here on any of the links provided. – Bill “Jett” Ramey