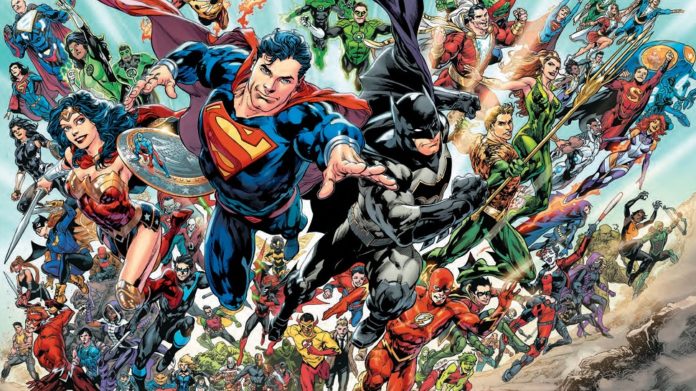 The internet was abuzz this week with news that Joaquin Phoenix was being courted to play The Joker in a new movie being developed by Todd Phillips that’s supposed out of continuity, possibly set in the 1980s, and explores the pre-Joker days of the character and possibly his origin.   It was especially controversial among those that are invested in the shared DC universe, although I note with a sense of irony that this news comes the same week as the animated BATMAN: GOTHAM BY GASLIGHT film is being released on physical media to general positive notice.

I’m sure some will bring up Warner Bros. decision to drop George Miller’s JUSTICE LEAGUE: MORTAL project as a point of comparison, but I’d argue that the state of DC on film now is much different than that period. THE DARK KNIGHT was in the can and Warner Bros. knew they had something special, they had a great relationship with Christopher Nolan who rightly or wrongly didn’t want another iteration of Batman going on and might have walked, and people didn’t know that George Miller had a MAD MAX: FURY ROAD level of filmmaking still in him. Ultimately, Warner Bros. took the conservative path because of how well the Christopher Nolan films were working. I think even with the triumph of WONDER WOMAN there still are many concerns about the DC on film brand and taking chances is actually the smart business and artistic move.

To me, the main stigma the live action DC on film brand has to overcome is an association with poorly received films. Whether that brand has been fairly or unfairly given that stigma is irrelevant; in this case perception is reality. The only solution is for Warner Bros. to produce more DC films that are widely perceived as good. They can be shared universe films or non-continuity one shots, but the brand needs to be underpinned by a string of good films.

Now is a live action Joker movie starring Joaquin Phoenix going to be widely considered good? Your guess is as good as mine as I have no idea what the script is like, what visual concepts have been developed, if Todd Phillips has a vision and passion for the project, etc. I do know that Joaquin Phoenix is extremely talented and with the legendary Martin Scorsese reportedly having some part in the production, there’s at least a chance that it will turn out well.

If the film doesn’t turn out well, then everything that follows is irrelevant. It will just be another point for critics to say that DC films just aren’t any good. You can stop reading here if you believe there’s no possible way that the film can be good and successful.

However, if it does turn out well, I think it’s an interesting experiment. One would think that essentially a gangster drama/thriller would be something that wouldn’t cost $200 million and probably could be brought in less than $100 million. At some point, comic book movies have to find alternatives to ever escalating apocalyptic threats and bring their budgets back down to Earth a bit. Otherwise, we’re just on the road to CRISIS ON INFINITE EARTHS and nothing afterwards.  I think we would all agree that part of the struggles of DC on film have been with excessive budgets. Proving that you don’t have to spend $200 million on a comic book movie to Warner Bros. would be a good step.

I’m not all that concerned about audience confusion, at least if the film is good. Audiences weren’t confused by the fact that Robert Downey, Jr., Benedict Cumberbatch, and Jonny Lee Miller were all playing Sherlock Holmes with overlaps. People know that four actors have previously played the Joker and that he’s a fictional character. Frankly, DC has already committed to that direction with their television endeavors and their upcoming streaming shows. Of the problems cited for JUSTICE LEAGUE‘s struggles, I don’t think anyone really posited that the audience was confused about Ezra Miller vs. Grant Gustin. And, I don’t know what is really hard to understand about “it’s an alternative take on The Joker that’s not a part of continuity.” You can show that visually with a pre-title card showing multiple versions of the Joker over the years and zoom in on this particular one if you want to have that message as part of the film itself. In any event, I think that’s a Warner Bros. marketing issue and not something fans, who already get this sort of thing, ought to worry about. Really, if you’re reading BATMAN ON FILM, I expect you’ll get this thing. It’s Warner Bros. job to worry about what other people think, not yours. Just worry about whether you enjoy the film.

Plus, I view a non-continuity alternative take as an interesting idea that could open the door for other alternative takes. If you want a live action 1938 Superman, 1939 Batman, GOTHAM BY GASLIGHT, DC: THE NEW FRONTIER, KINGDOM COME, RED SON, seeing Keaton don the cowl one more time, or a host of other stories that don’t really fit into a contemporary shared universe, then something has to be the first out of the gate to prove the viability of the concept. Something cost effective but with name recognition so that there’s a good chance of success makes everything that could follow more likely.

Not everything that’s been great at DC over the years fits into continuity. There’s nothing wrong with a shared universe, except if it means that you can’t tell great stories because of continuity. A tight Marvel-style shared universe with a house style makes it a lot less likely you’ll see distinct visions like those provided by Tim Burton and Christopher Nolan. Heck, the commitment of one movie instead of a trilogy might also make it easier to attract talented directors who have many films they’d like to make.

More than anything, the struggles of JUSTICE LEAGUE with critics and at the box office shows that live action DC on film needs to be different than what Marvel is doing. Nobody wants a clone. The success of DEADPOOL and LOGAN shows that you can be different and succeed. Playing it safe isn’t going to unseat Marvel. Taking chances and turning out good and great films is what is necessary to reestablish the brand and make DC films a viable alternative to Marvel. The failures of the past, gives Warner Bros. the freedom to try new things. And some of those new things could be exciting, visionary films that don’t necessary fit into shared universe continuity that are needed to keep the genre as a whole fresh.

But, to get to those great stories that don’t fit into continuity, you have to show proof of concept. Whether THE JOKER is proof of that concept is an open question. But, something has to be the first out the door. A modestly budgeted star vehicle with an extremely talented lead certainly seems to be something that’s set up for success, quibbles about the general concept aside. And success is exactly what DC on film needs to embrace. – Robert Reineke 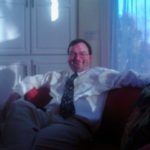 Longtime BATMAN ON FILM contributor Robert Reineke was born in the dark era before cable television, but somehow survived based on a steady diet of Universal Monsters, Hammer Horror, 1950s science fiction, and Godzilla on his local UHF station. As a college student, he discovered the works of David Lynch and Akira Kurosawa which opened up different vistas for him. When he’s not doing useful things like heading up environmental investigations and cleanups or designing sewers, you can find him watching movies, writing about them, and talking about them. He’s a booster of the Milwaukee Film Festival.