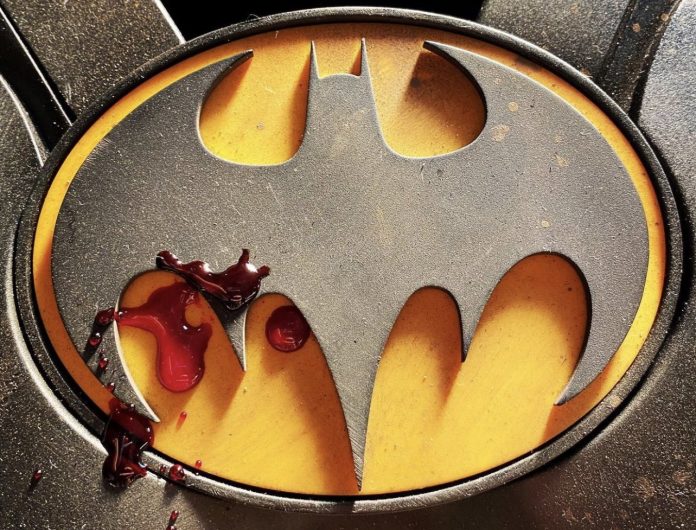 As far as the blood, I’ve got no idea…but I’m sure it has nothing to do with WATCHMEN.

Check out the latest BATMAN ON FILM SOCIAL HOUR where BOF’s Peter Verra and I discuss the kinda-sorta reveal of Michael Keaton’s THE FLASH Batsuit.