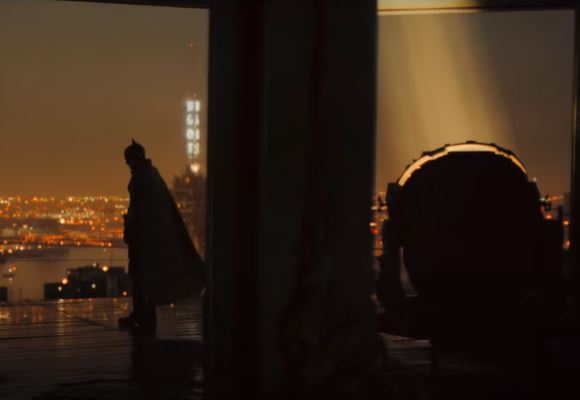 It looks like THE BATMAN may be a big hit for Warner Bros., Matt Reeves, and the cast/crew of the film.

BOX OFFICE PRO is projecting the film to have a 3-day opening weekend take between $135-185 million domestically.  In terms of Batman on film history, $135 million would rank fourth all-time while $185 million would make it #1.

In terms of THE BATMAN‘s overall domestic box office, the outlet is predicting it to make between $340-540 million.  If it were to hit on the high end, that would give THE BATMAN a solid shot at becoming the most-successful Batman movie of all-time in terms of the domestic box office.  Right now, #1 on that list is 2008’s THE DARK KNIGHT at $533.3 million.  If it were to hit closer to the low end, it would likely end up at #3 behind 2012’s THE DARK KNIGHT RISES ($448.1 million).

Advance tracking, social activity, and trailer imprints for The Batman are the strongest of any release excluding Spider-Man: No Way Home since before the pandemic began. Preliminary metrics align closely with Captain Marvel, which scored the third highest March opening in history with $153.4 million three years ago.

More bullish models are also generating notable trendlines with Star Wars: The Rise of Skywalker ($177.4 million in December 2019) and Batman v. Superman ($166 million in March 2016, which is also the record for a DC film). 2017’s Beauty and the Beast remakebested the latter for what is the current March record at $174.8 million.

As for current forecast ranges (listed below), it would not be surprising for them to trend upward in the weeks ahead if pre-sales and reviews come out strong. As Warner Bros.’ first theatrically exclusive tentpole since Tenet, marketing is expected to fire on all cylinders.

In terms of the cons, the site lists THE BATMAN‘s runtime and the fact it’s the fourth reboot (well, 3 if you’re just counting the solo films).  They also say word of mouth will be important for the film to have legs…

Word of mouth will be crucial for box office staying power. Batman v Superman was notoriously front-loaded with less than a 2x opening weekend multiple despite the prowess of its two characters appearing on screen together for the first time (and starring Ben Affleck in his first turn as Batman).

Conversely, 2008’s The Dark Knight still achieved a greater-than 3.3x multiple from opening weekends on the back of sensational audience reception.

I’m far from an expert when it comes to predicting a movie’s box office, but I do think THE BATMAN is going to do really well.  Look, it’s BATMAN and the character is arguably the most popular comic book superhero amongst the mainstream/general audience (along with Spider-Man), and it’s a SOLO Batman film as well.  And don’t underestimate Robert Pattinson’s fanbase because it’s HUGE.

For the full report — I recommend giving it a read — CLICK HERE or any of the other links provided. – Bill “Jett’ Ramey