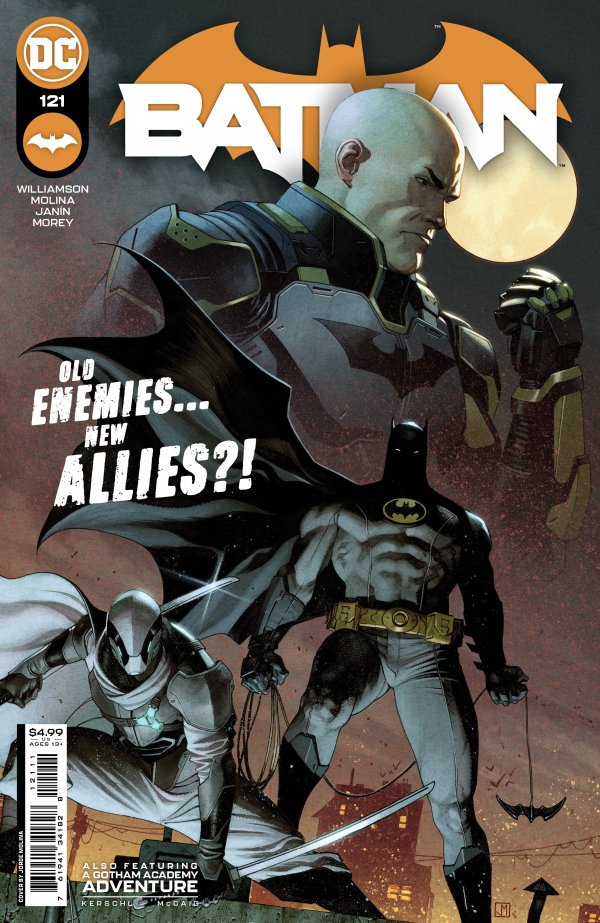 SYNOPSIS: The deadly conclusion to the “Abyss” arc as Lex Luthor’s dangerous master plan for Batman Inc. is revealed. And an old ally returns to pull the lost Batman out of Abyss’s darkness and a new member of Batman Inc. rises! In the final chapter of “They Make Great Pets,” Maps finds the missing piece to the shocking and deadly mystery…with a little help from Batman!

Joshua Williamson’s first arc in BATMAN comes to a close this week and sets up the future. We last left off with a twist that Batman Inc. is working with Abyss as their leader. Well, not all is at it seems (of course) as we see what the team is really up to behind the scenes. We also learn Lex Luthor’s long involvement in the team, and what his ambitions truly were. Batman uses his brains and brawn to meet these challenges and sets us up for the future of the book.

I’ve really enjoyed this arc. I welcomed Joshua Williamson with open arms in issue #118 and haven’t had a change of feelings. He brought us a story that puts Batman front and center and challenges his intellect and physicality. I don’t believe this was a defining story for the character, but I think it’s been the most fun this title has been in a very long time. I appreciate how, even taking Bruce out of Gotham, he made this a detective story starring the world’s greatest detective. This was a good, fun story that I think was strong throughout its 4-issue run.

The art continues to be a standout from this story. There has been a combination of talent throughout and doesn’t disappoint here. Jorge Malina and Mikel Janín bring their expert craftsmanship to each page. They provide a cool, dark, sort of sketchy atmosphere while making their designs and actions clear and concise. I’ve really enjoyed how Batman has been portrayed in these four issues, and how he’s been The Dark Knight.

Overall, this was a fun 4-issue arc that brought my faith back in the BATMAN title. Will it carry over into this upcoming event? We’ll wait and see. But Joshua Williamson is leading the charge, and I have no reason to doubt him. – Ryan Lower