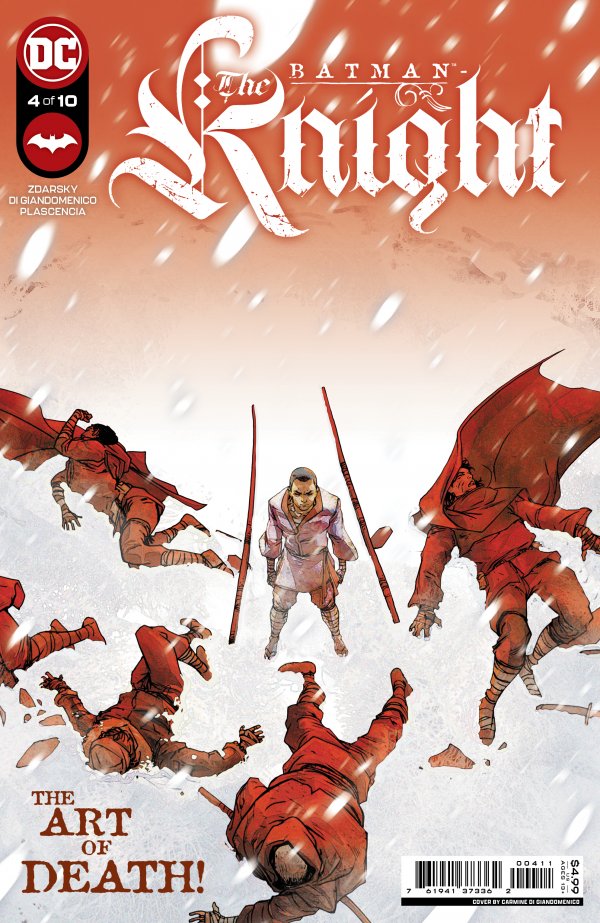 SYNOPSIS: Bruce Wayne’s journey to become Batman continues in the cold mountains of North Korea, where he seeks to learn the legendary fighting style of Master Kirigi! This will be his most difficult challenge yet, and he might not survive without the help of a mysterious new “friend.”

As Bruce’s quest to be the best continues, we get perhaps the most Batman Begins-inspired issue yet as he travels to the Paektu Mountains in North Korea, in the hope of being trained by Master Kirigi.

In those mountains, the young Bruce’s drive is tested for him to gain entry. Once he’s accepted, he bonds with a fellow student who goes by the name Anton, whose motivations are vague, but apparently somewhat similar to Bruce’s, or as he goes by on the mountain, “Jack”.

I appreciated how Bruce takes on a fake name, a trick taught him by Ducard. It emphasizes the different lessons Ducard has taught him and how they continue to inform Bruce later in his life. It lays the groundwork for not just having a separate identity as Batman, but other aliases as well, such as Matches Malone.

As for Anton, I don’t buy that he gave Bruce his real name either. If I had to guess, I’d say that writer Chip Zdarsky is folding Ghost Maker into Bruce’s history, cementing his place in the Dark Knight’s new beginning. This not only serves to strengthen Ghost Maker’s appearances in events post-Joker War, but prepares him for the future, when he has to adapt to having a partner. At this point, Bruce is traveling out of his typical environs and feels somewhat adrift. Having Anton travel with him adds a degree of stability to his life that he sorely needs.

Artist Carmine Di Giandomenico brings his cinematic flair to the snowy mountains and sparse environments of the Dojang. It’s so easy to see this as storyboards from a movie, especially with the magnificent colors of Ivan Plascencia. You can feel the icy colds of the shades of blue and the warmth from the rare yellow glow of the sun. The fight scenes are well-staged, even the simplistic ones of Bruce trying to gain entry into the Dojang.

I don’t want to say this issue is derivative, but it is easy to tell its influences. Apart from the aforementioned Batman Begins and recent issues that have gone into Ghost Maker’s backstory, there is also clear inspiration from Batman #431 where Christopher Priest, née James Owsley, and Jim Aparo not only introduced Master Kirigi but brought in the concept of dim mak and the vibrating palm technique to Bruce’s backstory.

While the idea of dim mak originates well before the comics it has been mentioned in, its use provides a clear delineation of how far Bruce is willing to go in his war on crime. While the early issues of Detective Comics have portrayed a brutally cold “Bat-Man” at times, one who hasn’t necessarily balked at the loss of life, the character has evolved into one that refuses to cross that line. That conviction pushes Bruce to make the choices he does in this issue and look for answers elsewhere. I appreciated not just Zdarsky’s callback to Kirigi’s aloof morality, but Bruce’s unwillingness to compromise in the face of it. He’s just not ready to take down his master…yet. He is realizing he is still not where he needs to be for such a feat.

There’s a lot to love in Batman: The Knight #4 – beautiful art, martial arts action, and a resolute Bruce Wayne. Out of all the issues so far, this one feels the most like a remix. The beat is good, but you’ve heard the song before. – Javier E. Trujillo