A lot of y’all have been asking me via email and social media for months when this is going to be released…and now you and I have our answer!

BATMAN: THE LONG HALLOWEEN | DELUXE EDITION will be released on home video on September 20, 2022.

Thanks to the fine folks at Warner Bros. Home Entertainment, BOF readers can find details of the release below…as well as the trailer and Blu-ray cover art. – Bill “Jett” Ramey 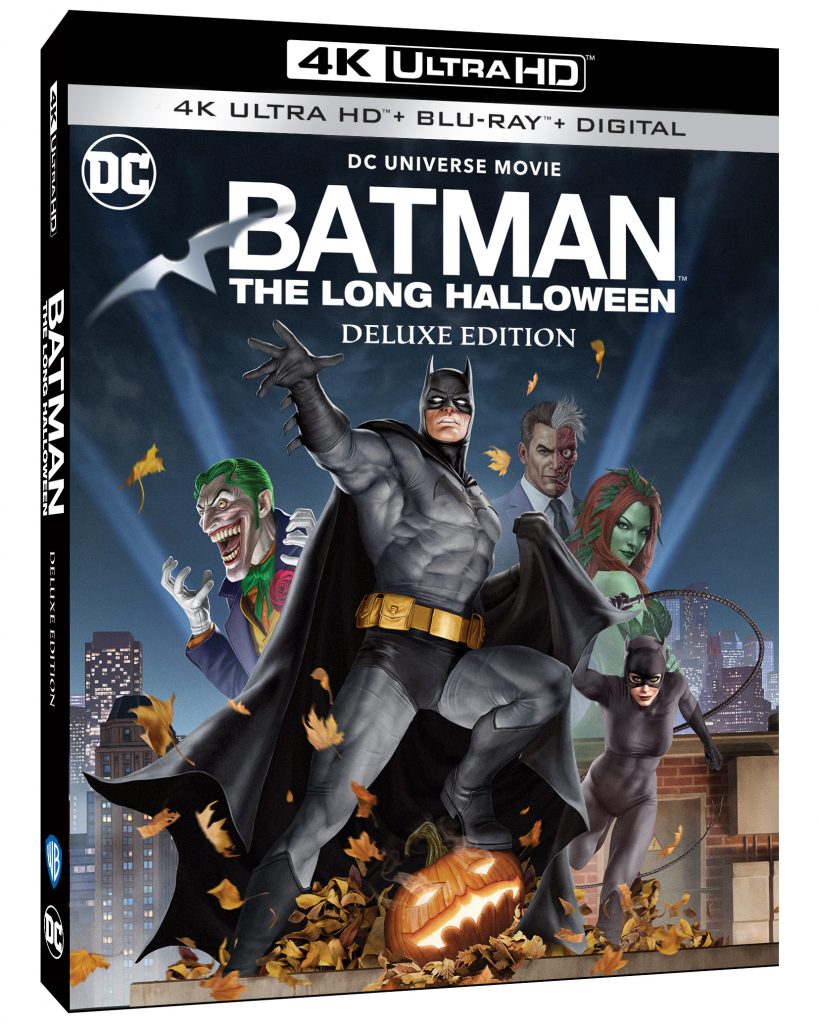 BURBANK, CA (July 7, 2022) – No tricks, just treats for Dark Knight fans as Batman: The Long Halloween – Deluxe Edition – the complete mystery with added mature content – comes to 4K for the first time ever. The R-rated, feature-length animated film will be available on 4K Ultra HD Blu-ray Combo Pack (USA $34.99 SRP) for the first time ever, as well as on Blu-ray+Digital (USA $24.99 SRP), Blu-ray (only available in Canada, $29.99 SRP) and Digital starting September 20, 2022.

Produced by Warner Bros. Animation, DC, and Warner Bros. Home Entertainment, and inspired by the iconic mid-1990s DC story from Jeph Loeb and the late Tim Sale, Batman: The Long Halloween – Deluxe Edition begins as atrocious serial killings on holidays in Gotham City send The World’s Greatest Detective into action – confronting both organized crime and a unified front of classic DC Super-Villains – while attempting to stop the mysterious murderer. Batman: The Long Halloween was originally released as a two-part film, and both films still stand at 100% fresh on Rotten Tomatoes.

BATMAN: THE LONG HALLOWEEN – EVOLUTION OF EVIL (New Featurette) – The mystery surrounding the Holiday Killer shrouds Gotham in sinister darkness forcing Batman to stop the villain’s assault on the city.  This is a comprehensive look at The Long Halloween with the original writer, Jeph Loeb, and filmmakers.