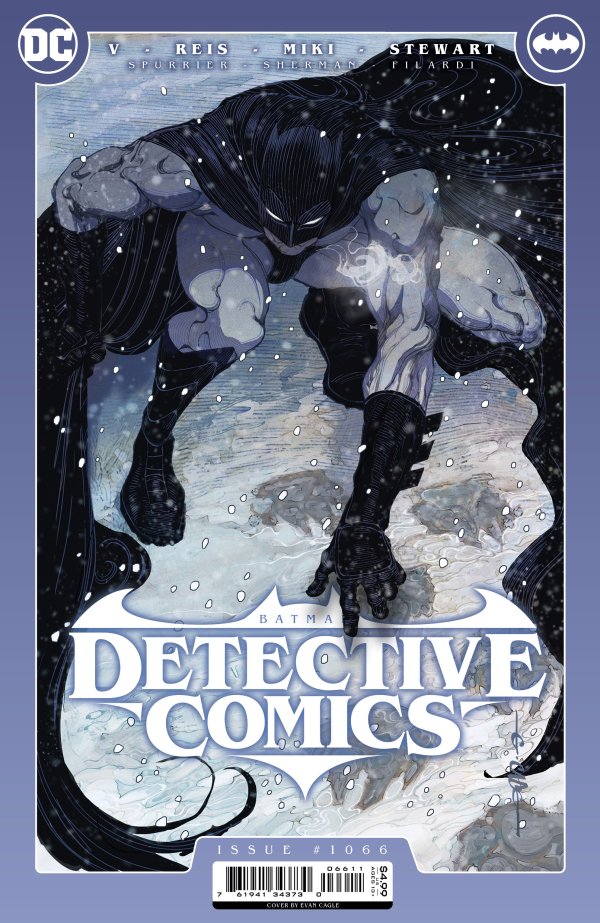 Detective Comics has been such a mixed bag for me as of late.  I sometimes wonder if I’m giving a book justice by writing a bad review.  Is it a bad review?  I am being honest with my thoughts, or do I just not like this?

Am I caught in a Batman Paradox?

This issue has some good character moments surrounded by bolder choices elsewhere in the book.  Ram, at one point, writes a ruthless, mafioso Two-Face only to have him bend at the knee a page later.  Batman and Gordon have one of the more respectful moments in their long history between them.  I’m not feeling these villains, but it was cool to see Mr. Freeze pop up twice this month.  I’ll take that as a victory.

Ivan Reis takes over artist duties this month and brings it like always.  Reis draw’s a classic bushy mustache Gordon, that fans will always love.  Reis Batman has some good shots in and out of the cowl, with some beautiful cape action.  I like the panels of Two-Face sitting high and mighty in the chair, and I dig his red design.  Reis brought his a-game, and he drew one hell of a werewolf.

Simon Spurrier’s backup story, A Tale of Three Halves, took a strange turn.  I could at least tell you the last two issues that were worth a read, but I thought it was a major dud.

Detective Comics is interesting.  Every once and a while, I can say, “buy this one for the art.”  But even as good as Reis is, you can skip this one.  It’s more supernatural than I was hoping; the backup is not holding up its end of the deal.  It’s a bit of a bummer, man. – Peter Verra