JANUARY: In a “What if” tale in DETECTIVE COMICS #347, Batman is killed and the Batman and Alfred from Earth-2 come to Earth-1 to take their counterparts places and raise Robin.

FEBRUARY: In WORLD’S FINEST COMICS # 155, Batman confesses to Superman that he’s been out-herored in Gotham by a new superhero called Nightman. Batman eventually figured out that Superman had hypnotized him into becoming Nightman and had Batman chasing around himself!

MARCH: The “Bizzaro Batman” shows up for the first time in WORLD’S FINEST COMICS # 156.

MAY: The Cluemaster makes his first appearance in DETECTIVE COMICS #351.

JUNE: The villainess Poison Ivy makes her debut in BATMAN #181.

JULY: The live-action feature film BATMAN (1966) – which featured the cast of the ABC BATMAN TV series – premieres on July 30th. 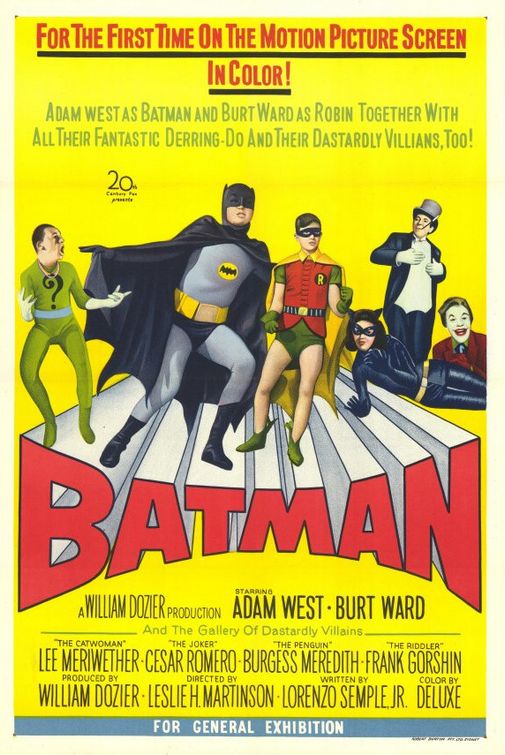 AUGUST: Perry White and Commissioner Gordon are turned into the evil Anti-Superman and Anti-Batman in WORLD’S FINEST #159.

OCTOBER: Alfred returns to Wayne Manor after its revealed that he’d only been in a coma and not dead in DETECTIVE COMICS #356. Oh yeah, he was briefly the evil Outsider too.