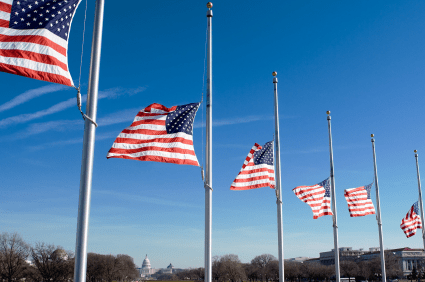 If it’s a U.S. holiday, you KNOW I’ll be cranking out a BOF Mailbag!

It’s Memorial Day in the U.S., so here’s to all of those who gave their lives to protect the U.S. of A.  Hopefully, the fact that I’m pointing out what’s celebrated and honored on Memorial Day will resonated with some of y’all.  It’s not just the kick-off of Summer and a reason to fire up the BBQ and head off to the beach/lake.

Now, on with something that, in the grand scheme of things, is trivial AF when compared to why we have this great holiday here in the America.

How likely do you think it is that Reeves’ Batman film actually gets made?

JETT SAYS: I’ll go with 50/50 — though the likelihood might be higher (I hope).  I’m just hedging my bets man.  I will say this: If Reeves walks and/or his Batman film project doesn’t happen, it’s going to be a MAJOR blow to Warner Bros. and well as Batman and DC on film.  This film MUST get made and it needs to be GOOD.  A LOT is riding on it.

@BATMANONFILM Are you following Michael Uslan on social media? Has he made any comments about the recent DC films? #BOFMailbag

JETT SAYS: Yes, I am “friends” with Mr. Uslan on Facebook.  However, I’m also friends with him in real life and chat with him from time to time.  With that said, Mr. Uslan keeps his thoughts about DC and Batman on film close to the vest.

What the hell is Affleck’s situation after all? Is he in, or is he out?

JETT SAYS: We addressed this topic in the most recent episode of the BOF Vlog.  Check it out below.

What about going with an unknown or relatively unknown as the next Batman?

JETT SAYS: Why not?  It worked with Christian Bale.

Thoughts on the marketing for SHAZAM! so far?

JETT SAYS: Well, it’s still very early.  The viral stuff — which seems to be organic — has been good.  The only issue I have is that they should’ve released an image of Zachary Levi in the suit before they started filming on location.  Not because I wanted to see the suit, but because you would’ve negated the negative affect of crappy cell phone spy pics.

ALSO: “Let Matt Reeves Do Whatever He Wants To Do“

Will we ever see a BATMAN BEYOND movie?

JETT SAYS: I’d say that there’s a better than average chance that it happens…someday.  I’d support it.  The think about the Batman Beyond premise is that while Terry is in the suit, Bruce is still running the show, if you will.

Does Gyllenhaal seemingly passing on Batman in any way suggest that Affleck has indeed decided to stay — if it is his decision to make at this point of course.

JETT SAYS: Nah — the two things are totally unrelated.  I don’t think Jake Gyllenhaal would’ve met with director Matt Reeves if Affleck was still on board.

You knew pretty much everything about JUSTICE LEAGUE going in to the movie. Is that a departure from how much you normally want to know going in to a movie you’re covering? If so, what made you decide to make the exception? Did you know the original plan for Justice League to the same extent?

JETT SAYS: Yes, it was.  Except for BATMAN BEGINS (I read the script prior to seeing the film), I was virtually unspoiled for THE DARK KNIGHT TRILOGY.  The same goes for BATMAN v SUPERMAN.  However, I knew everything about JL and it was on purpose.  I knew things were F’ed up after BvS, and I simply wanted to know what the heck was going on with not only JL, but DC and Batman on film as well.  Frankly, I was worried as hell.

With all that said, as much as I revealed about JL on BOF, it was really a drop in the ocean compared to what I withheld.  Why?  It was not my intention to ruin the film for anyone story-wise.  However, I did want to point out what a cluster-f**k DC on film was and that fans needed to demand better.

I gotta say dude…covering JUSTICE LEAGUE was a beatdown and the least fun I’ve ever had running BOF.

Will we see Ben McKenzie coming back to do the voice as Bruce Wayne/Batman in a new Batman animated series or movie?

If Robin were to be in another Batman movie, do you think they should do another origin story like they did in BATMAN FOREVER or should it be Dick Grayson’s last stand as Robin before leaving Bruce’s side?

I could go for either — though I think Dick Grayson as a circus performer needs to be updated.  Perhaps as Cirque du Soleil-like show performer?  I do like your idea of a fully-formed, veteran Dick Grayson Robin who is just about to become Nightwing.  That could be cool.

Shazam seems to be getting some publicity with the whole images of him in different settings, do you think this movie has the potential to be a major hit? #BOFMailbag

JETT SAYS: I certainly hope it is!  As a fan of the character, I’ve been wanting a cool, fun, live-action Captain Marvel (Yeah, that’s his REAL name dammit!) for a long time.

Yeah, this apparently organic stuff with him showing up on social media is funny and cool, I don’t know if SHAZAM! is on the radar of the mainstream movie-goer.  I’ll say this and I believe it 100%: WB/New Line DOES NOT and SHOULD NOT allude to anything from BvS or JL in its marketing.  That sh*t is toxic and bad mojo.

Bottom Line: It needs to be its own thing and sell itself.  Period.

Look, I’m all for having DC characters “cameo” in the film– as FICTIONAL characters.  Billy Batson should be portrayed as a HUGE fan of DC Comics and gets to become a real life superhero.

Frankly, if SHAZAM! “needs” a Henry Cavill Superman cameo to give it a bump, then the movie shouldn’t have been made in the first damn place.  Also, if and when we see Cavill’s Superman again, it should be in a solo Superman movie; not in a gimmicky cameo dammit.

Jett!  I’ve been with you since the “JettD60” days!  I was a 15 year old kid about to enter my sophomore year in high school, and I’m now a married dad of two!  I just wanted to say thanks for the entertainment and info you’ve provided me the last 20 years…you’re the GOAT!  I have 2 questions: 1) How worried are you about the future of Batman movies, and 2) Do you got another 20 years of BOF in you?

JETT SAYS: Thank you very much for the kind words brother — this mailbag question made my day sir.  On to your questions…

In regard to #1, I’ll admit that I’m a tad worried.  This last version of Batman on film — as portrayed by Ben Affleck in BATMAN v SUPERMAN and JUSTICE LEAGUE — just didn’t resonate with a lot of people.  And I’ve got to wonder if part of it was simply too soon for more — and a new and rebooted — Batman on film after the immensely popular Chris Nolan/Christian Bale DARK KNIGHT TRILOGY.

You know, sometimes too much of a good thing is bad.  This is why I’ve been advocating giving the cinematic Dark Knight a bit of a rest before we see him again.  Anyway…

As far as question #2, another 20 would mean forty years of BOF?  That would be awesome!  All I will say is that I will “BOF” as long as I physically can, and I’ll make sure that there’s someone to whom I can pass the torch to when that day comes….which will NOT be Rick Shew because he sucks.

Thanks for reading the latest BOF Mailbag!  And please, keep those cards and letter coming! – Bill “Jett” Ramey