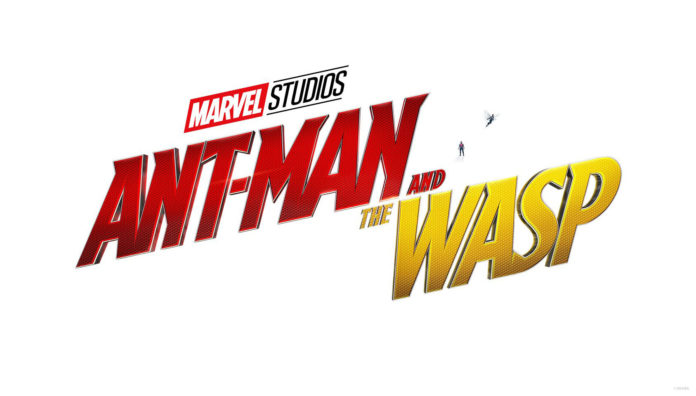 SYNOPSIS: From the Marvel Cinematic Universe comes a new chapter featuring heroes with the astonishing ability to shrink: “Ant-Man and The Wasp.” In the aftermath of “Captain America: Civil War,” Scott Lang (Paul Rudd) grapples with the consequences of his choices as both a Super Hero and a father. As he struggles to rebalance his home life with his responsibilities as Ant-Man, he’s confronted by Hope van Dyne (Evangeline Lilly) and Dr. Hank Pym (Michael Douglas) with an urgent new mission. Scott must once again put on the suit and learn to fight alongside The Wasp as the team works together to uncover secrets from their past. 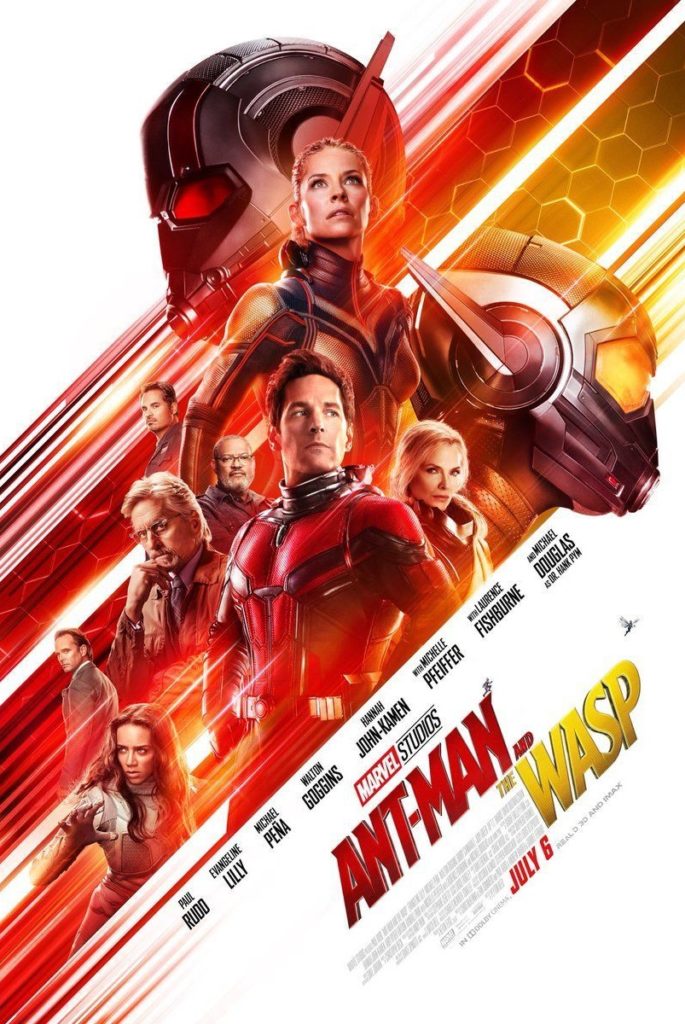 I just saw ANT-MAN AND THE WASP and I liked it a lot.

One of my biggest criticisms with the MCU is that their sequels are OK at best, and “meh” at the worst (there’s never been a really bad one, which is a good thing for them).  The only exception previous is CAPTAIN MARVEL: WINTER SOLDIER — that’s a damn good movie.

Keep in mind when I say that ANT-MAN AND THE WASP is one of Marvel’s best, that’s totally relative to the MCU (and my grade for this film reflects that).  Overall, I’m of the opinion that MCU films are OK to really good.  While I’ve liked most of them and didn’t care for only a few (I’m looking at y’all IRON MAN 2 and 3), they haven’t delivered a game-changing, genre-masterpiece other than BLACK PANTHER (which just may be my favorite MCU film).  But, I’ll give props where props are due as they certainly have a formula that works at both critically and at the box office.

Frankly, the “Marvel Films” brand is strong (thanks first and foremost to RDJ and the original IRON MAN which was awesome) and their films certainly benefit.  Now, on with the review…

In short, the plot of ANT-MAN AND THE WASP revolves around Scott Lang/Ant-Man (Paul Rudd), Hope Van Dyne/The Wasp (Evangeline Lilly), and Dr. Hank Pym/The Original Ant-Man (Michael Douglas) searching for a way to bring Dr. Pym’s wife Janet Van Dyne/The Original Wasp (Michelle Pfeiffer) back from (what I believed was called) the “Quantum Realm.” If you remember, Scott — as Ant-Man — briefly went there in the original film, but was able to return home safe and sound.  However while there, he was somehow given a message by Janet Van Dyne to deliver to Dr. Pym and Hope about how to find her and bring her back.  (How Janet got there in the first place is a very fun segment of the film, FYI.)

Of course, bringing her back is easier said than done.

For one thing, Scott is still on house arrest (though he has only 3 days remaining during the course of the film) due to the events from CAPTAIN AMERICA: CIVIL WAR.  If he’s caught outside his house, he immediately goes to prison for 20 years.  So Scott avoiding the FBI and not setting off his ankle monitor is one of the main subplots of the film. (I won’t reveal how it looks as if Scott is simply going through his daily routine in his house without detection, but it’s pretty damn funny!)

Secondly, Hope and Dr. Pym have been “doing business” with a sleazy, underground arms/technology dealer called Knox (Walton Goggins).  This Knox discovers what Hope and her father have been up to, and wants in on their operation.  When Hope refuses, Knox and his gang go after them to obtain their technology.

Thirdly, we have a young woman named Ava (Hannah John-Kamen) who has the ability to, well, not be solid, if you will.  Known as “The Ghost,” she can move through anything solid.  She is also after Dr. Pym’s technology as she believes that it has the ability to heal her affliction and return her to normal.

Finally, there’s the FBI — yes, again — who is after Dr. Pym and Hope who have been on the lam.  Luckily, they’re able to almost easily avoid detection thanks to the shrinking thingamagig.  Man, I loved Hot-Wheels when I was a kid…and wish like hell I had the set owned by Dr. Pym!

Yeah, that sounds like a lot going on — and I didn’t even mention Michael Pena’s Luis (who returns and is as hilarious as ever) or Laurence Fishburne and his characteer — but trust me, it all works together like a fine-tuned electric guitar.

ANT-MAN AND THE WASP is a Marvel Cinematic Universe movie, but it’s also something very different too.  Dare I say that it is its own thing and somewhat filmmaker-driven?  Well, as filmmaker-driven as you’re going to get with a MCU movie.  But I’ll take it.

Go see this movie, I think you all will dig it.  It’s funny, sweet, goofy and full of action — though it successfully avoids becoming an action-packed spectacle cliché of a superhero movie.

Oh yeah, because this is a MCU movie, there’s a post credits scene.  I almost made it outta the theater without seeing it and avoid what for me was a perfect ending.  But when I got up to leave, my son grabbed my arm and said, “No Dad, this is a Marvel film. So there’s going to be more.”

And alas, he was correct (which I knew he was but I wanted to avoid it).  SO…

If you like/love that sort of stuff, stay through the first round of credits for a short scene featuring the 4 main members of the cast that clearly is meant to set up the next AVENGERS film and not ANT-MAN 3.

BATMAN BEYOND #38 Review by Matt Whaley