It appears as if Matt Reeves’ THE BATMAN (or whatever it ends up being titled) may be moving out of the scripting stage.

As I said via Twitter, this isn’t earth-shattering news.  BUT, it’s good news and the best I’ve heard in a while when it comes to Matt Reeves’ THE BATMAN (or whatever it ends up being titled).  Here goes…

I’ve got a *bit* of THE BATMAN info I feel comfortable running tomorrow morning. It’s not BIG — so don’t expect it to be. But it’s worth posting on BOF. Stay tuned!

I’ve been told that “they” are starting to hire people to work on the film.  If so, that means that “they” are moving towards pre-production and filming could start at some point relatively soon, maybe.

RELATED: Matt Reeves’ THE BATMAN is “In Trouble,” Unless it Isn’t

If this is the case, THE BATMAN (or whatever it ends up being titled) could go in front of the camera at some point in 2019 and be released sometime in 2020 or 2021 depending when filming would actually begin (give me the latter date, personally).

Again, all of this is subject to change — most of all my speculation about when it might start filming — but I do know that “they” are actively moving forward on the project…which is a GOOD thing. – Bill “Jett” Ramey 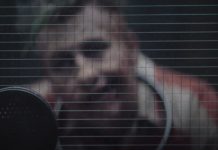 Reeves’ THE BATMAN Appears to be Heading Towards Preproduction