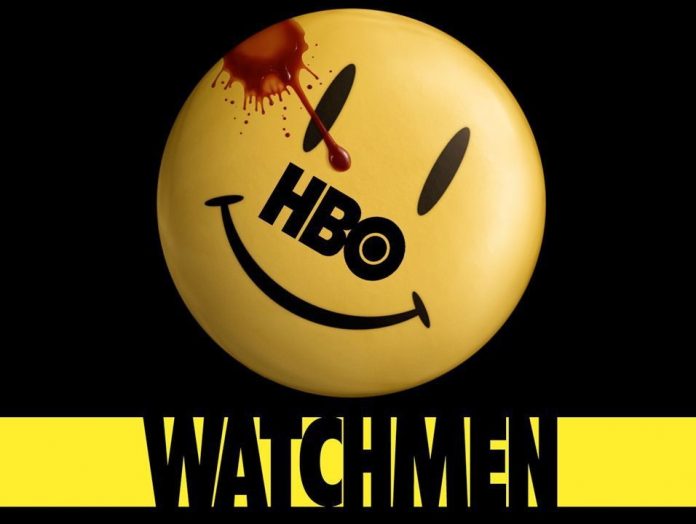 Damon Lindeloff’s Watchmen has certainly found it’s footing the past 3 or so episodes.  That’s not to suggest that the sequel series didn’t start out as intriguing and captivating (sorry, I can’t help but use a lot of adjectives when describing this show), but it took a bit to really know how many angles and perspectives the show would manifest.

And, as certainly as I assume that I know where we stand, by the end of next week’s episode I could easily be bewildered once more. At least it seems that we now know our key characters and central players. Like the original story, each episode centers around one character while simultaneously advancing the story, primarily from that character’s perspective.

“Little Fear of Lightning” primarily centers around Looking Glass, the only detective that Angela Blake seems to trust enough to confide in about the secrets surrounding the Chief Crawford’s apparent white supremacy, and, in this episode, the truth about Angela’s grandfather being at the crime scene (a lot of good that does her….).

Looking Glass was a teenager when Veidt’s alien squid invaded Manhattan and the surrounding areas. The episode opens with revealing that as a young man, Looking Glass was in a very religious group who were trying to minister to “sinners” at an amusement park because of the certain impending doom in the 1980s. After committing some good ol’ fornication in his heart, Looking Glass walks outside to find almost the entire group of people dead. To make matters worse, Looking Glass was psychically attacked and scarred for life.

It is revealed that the mask he wears protects against future psychic attacks. While Looking Glass tries to maintain that he survived the attack with no lingering issues — even going so far as to counsel other survivors- the reality is that he’s just as lost as the rest of them. Looking Glass reads people. It’s what he does. We find that his day job is watching focus groups and telling the companies what the groups really think, despite what they tell them. He is a natural skeptic and always seems so certain and right. I thought he was going to be the Batman-esque, never wrong, always two steps ahead badass of the show; when in reality he is suffering from severe PTSD.

On Mars (or Jupiter, or is it the Moon?) Adrian Veidt has finally perfected his flying suit and jettisons off in a catapult. Thinking he would find himself at least on Earth, Veidt is shocked to find himself floating in space. Ever the quick thinker, Ozzy spots a satellite and quickly uses the dead, frozen in space bodies of many-a Mr. Phillips to arrange a message: SAVE ME. The satellite sees this, and Veidt returns to his “prison” to a not so happy Game Warden (who I think is another Mr. Phillips?) who promptly knocks Veidt out to arrest him. Jeremy Irons’ performances are the stand out scenes of almost every show, and that is saying something for how brilliant the entire show is. He plays Ozymandias to perfection, capturing all of the subtle and psychotic nuances with a sense of purpose that Veidt portrayed in the original story.  Bravo.

The climax of the episode finds Looking Glass being seduced by a woman who shows up at one of the victim meetings he facilitates. After seeing her drive off in the truck they had been looking for tied to the Chief’s murder, he follows her to find she had donned a Rorschach mask and was a member of the 7th Calvary. After a mask-less Looking Glass follows her and her partner into a warehouse, he is cornered by a group of 7th Calvary members who reveal the entire night was a rouse to get him there.

Revealing himself as the leader who “just did this to control them” Senator Joe Keene gives a shocked Looking Glass a choice; try and convince everyone that Keene was the leader, which he would deny, or to press play on a video that was the “truth”. Looking Glass presses play to find a young Veidt speaking to the future President Redford and admitting that the giant squid attack was all his doing to prevent a nuclear war. Realizing that the extradimensional threat that terrified him was a hoax, Looking Glass was clay for the molding. The Senator asked him to betray Angela, as she was guilty of hiding something. When Angela finally decides to confide in him, Looking Glass decides she’s not worth protecting. The end of the episode leaves us wondering what both of their fates will be.

I’ve mentioned this before, I was only a casual reader of the graphic novel. I greatly appreciated it, but as I spent my time immersed in all things Batman.  Thus, I’m not a Watchmen aficionado per say. But, I may also be a biased comic book lover.

All that is to preface this: I love this damn show. For me, it’s as addictive as my all-time favorite shows like Breaking Bad, Game of Thrones, The Sopranos, The West Wing, etc. I find myself constantly wanting to see the next episode and being bummed when it’s over.