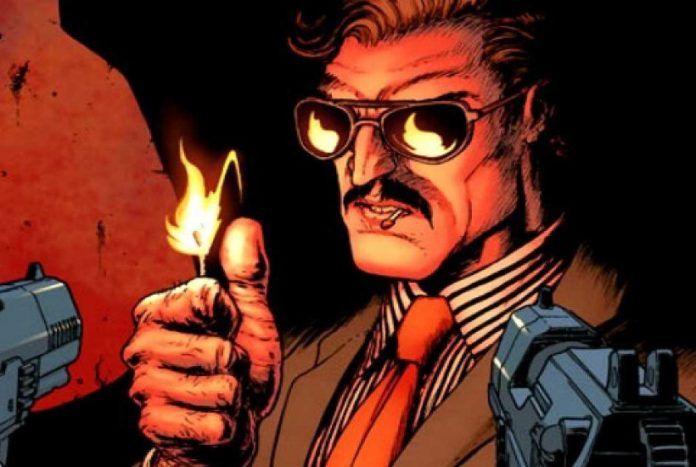 DISCLAIMER: Opinions expressed by BATMAN ON FILM guest contributors are their own and do not necessarily reflect those of the site or its editor-in-chief….unless they do.

Ah, Matt Reeves’ solo Batman film. If he were the filmmaker to follow Christopher Nolan and THE DARK KNIGHT TRILOGY, I’d say he was screwed. But thankfully for him, he’s following “something’s definitely bleeding!” So I think he’s got kind of a head start.

Now, there’ll be hell to pay from the diehard Batfleck fans when it’s announced that Affleck will not be returning to the Cave he welcomed Reeves to back in February of 2017. But I think the constant rumors of his replacement, as well as some logical pieces found right here on BOF, should be enough to temper fans’ expectations and provide a soft cushion for them to bounce back from.

RELATED: Matt Reeves Gives an Update on THE BATMAN

Now, assuming that Reeves is not crucified when he announces his casting for Batman and we provide him with the same trust we gave Nolan, what do we expect from this guy? Thankfully, he’s given us a few choice nuggets of inspirado to munch on. So let’s get to it, shall we?

First off, the big piece of information that sent some fans into a tizzy is the fact that Reeves’ film may draw inspiration from YEAR ONE. As far as Batman stories go, they don’t get much better than this. YEAR ONE is an origin story for both Batman and Gordon, and its streamlined storytelling, its gorgeous and gritty visuals, and its attention to street-level crime make it a great entry into Batman’s world, especially for those who may be turned off by some of the more fantastical elements of the DC Universe (yours truly included).

Now, I get that YEAR ONE was already a major influence on BATMAN BEGINS, but so what? It’s already been clarified that despite casting a younger Bruce Wayne (around age 25-29-ish), this film WILL NOT BE an origin story. Plus, there’s a lot still left in there that Nolan didn’t touch, which I’ll get to in a second.

Now, let’s take the YEAR ONE inspiration and combine it with this quote from Reeves:

There’s a chance to do an almost noir-driven detective version of Batman that is point-of-view driven in a very, very powerful way, that will hopefully connect you to what’s going on inside of his head and inside of his heart.

Wow. I’m sold. I think film noir is the most eye-pleasing film aesthetic out there, and artists like Bruce Timm and Tim Sale have shown us that Batman works best in a world populated by shadows. No, I don’t think Reeves will give us a black and white Batman movie (though I’ll be the first in line if he did) but I do think we’ll get a neo-noir film that showcases the moral ambiguity of Bruce Wayne and his internal struggle of trying to do the right thing in a world that encourages the wrong. I can’t wait.

And yes, I know Reeves said that they “are definitely not doing YEAR ONE” (or any specific Batman comic).  But just because his film isn’t an origin story or an adaptation of it, that doesn’t mean that one of Reeves’ admitted favorite Batman comics didn’t inspire him.

So, eliminating the origin story aspect of YEAR ONE, what didn’t Nolan take that would work well with the vision that Reeves is describing? My mind immediately goes to Bruce Wayne undercover walking the streets of the East End and almost getting made by the pimp, Selina, Holly, and those two corrupt cops. There’s something we haven’t seen a lot of before. And let’s go full court press on this idea and have a movie mostly dedicated to Bruce Wayne’s underworld alter ego, Matches Malone.

RELATED: To Reiterate, the Era of Batfleck Needs to be Over, Completely Over

Matches has never gotten his due, and he’s a great side to Bruce Wayne that rarely gets explored. In the comics, Bruce trains with the best minds of criminology and martial arts, but he also studies acting. It’s kind of silly on the surface, but when you think about it, it makes total sense – he’s a master of disguise. Think about that early scene in SHERLOCK HOLMES where RDJ launches himself out of a window and makeshifts a disguise while on the trail of his lady love. How much fun would that be? Let’s see Bruce infiltrate the criminal underworld for an entire flick, only using Batman when necessary to get information and of course in the finale. THAT is a take we haven’t seen and one that I personally would love to.

WB and DC may not be clamoring for Matches Malone: Trial by Fire, but I think it could be something so incredibly different, while still staying true to the character and the mythos, that it just might work. I’m excited for a take on Batman that’s more detective than brawler, and while I don’t have much (read: any) faith in the current slate of DC movies (save for maybe WONDER WOMAN 1984), Reeves’ THE BATMAN is one I am on board for. – Joey Perotti