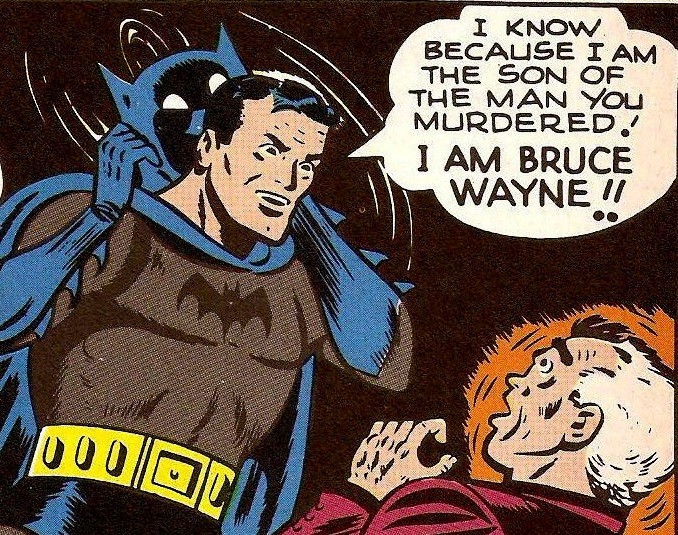 In BATMAN #47, Batman’s origin is told yet again…kinda. 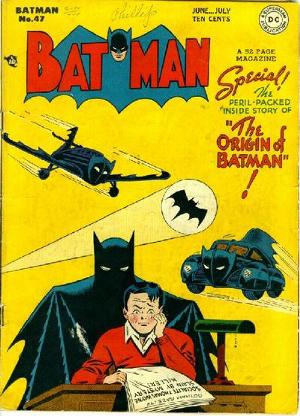 In “The Origin of Batman” – one of three individual stories featured in this issue – Batman’s origin is told via flashbacks and actually focuses on Batman discovering the killer of his parents, Joe Chill.

In the present day, Batman and Robin find a truck that has crashed. Though the driver is killed during the wreck, there’s another man on board who has survived. The guy knocks out Robin and then aims his firearm at The Caped Crusader. Thankfully, the dude is shot by officers before he can take out Batman.

Being the detective that he is, Batman discovers that the truck involved in the crash belongs to Joe Chill, the man who killed his parents. In a flashback, Batman remembers the horrible events of “that night” which ultimately led to him donning the cape and cowl of The Batman. Batman then decides to bring Chill to justice once and for all.

After an intense investigation, Batman corners Chill and reveals his true identity to the killer. Of course, Batman isn’t going to kill Chill, but he promises him that he’ll always be close by and watching for Chill to mess up.

Naturally, Chill is scared sh*tless by The Dark Knight. He runs off, finds a bunch of his men and reveals that Batman is actually the son of a man he killed years ago. Chill’s men freak out and shoot Chill…before he reveals Batman’s true identity. Hearing the gunshots, Batman enters the room and makes quick work of Chill’s men and then watching Chill die from his wounds.

Later, Batman declares the Wayne Murders (and actually, it’s a murder as in this story, Martha Wayne died of shock upon seeing her husband shot) a closed case.

BATMAN #47 is dated June 1948. “The Origin of Batman” was written by Bill Finger, penciled by Bob Kane and inked by Charles Paris. The story is the inspiration for the BATMAN: THE BRAVE AND THE BOLD animated TV series episode titled “Chill of the Night!” The two other stories in this issue were “Fashions In Crime” and “The Chain Gang Crimes.” – Bill “Jett” Ramey