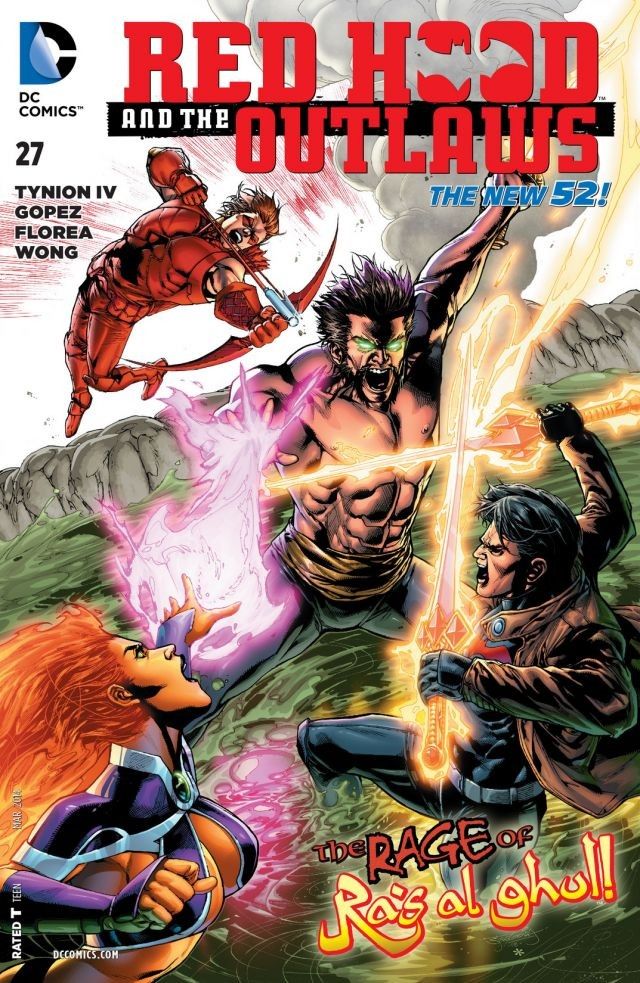 SYNOPSIS: The Outlaws have their final bloody showdown with Ra’s al Ghul and the League of Assassins!

If you haven’t checked out Tom Kong’s Heroes in Crisis yet you are going to be pretty spoiled in this issue. If you have, you know what Jason is going to find out.

Outside of the revelation of Roy’s death not much happens in this issue. It’s not a splash page kinda story. Jason is still going after The Underlife. Specifically, he is questioning a trucker in a diner this go-around. Which doesn’t end well for the trucker, but not at Jason’s hand. Bruce crept behind the truck driver and used knocked the guy out. With two fingers. Gotta love Batman.

If you recall a few issues prior, Jason and Bruce are not on great terms. Jason shot The Penguin seemingly killing him. Well, it turns out Oswald isn’t dead. Bruce still doesn’t want Jason back in Gotham though. Even Arkham.

Normally, you would think Bruce showing up means that we are about to have a rematch. That isn’t the case. Bruce is showing up just to break the news to Jason. What I love about their exchange is that you can tell that Bruce still cares about Jason. After everything that’s happened, this is truly cool to see.

After the really intimate portion of this story we are brought back to Jason’s mission. For some yet-to-be disclosed reason, The Underlife has brought him to an idyllic small town. Complete with a promotional billboard regarding cobbler? I have a feeling the next issue is going to be really fun.

This was another pretty good issue from this semi-new creative team. Pete Woods continues to surprise me with how great he is. If you’ve been a fan of this series thus far, you will not be disappointed. – Justin Lee