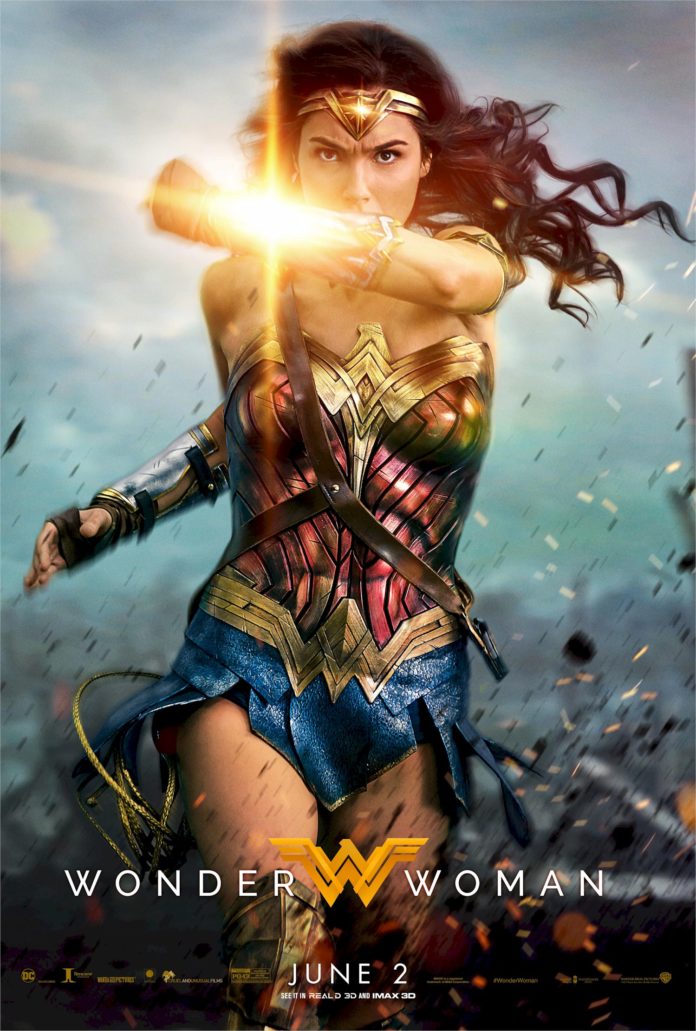 SYNOPSIS: Before she was Wonder Woman (Gal Gadot), she was Diana, princess of the Amazons, trained to be an unconquerable warrior. Raised on a sheltered island paradise, Diana meets an American pilot (Chris Pine) who tells her about the massive conflict that’s raging in the outside world. Convinced that she can stop the threat, Diana leaves her home for the first time. Fighting alongside men in a war to end all wars, she finally discovers her full powers and true destiny.

When BATMAN v SUPERMAN hit theaters last year and was met with poor critical reception and a lukewarm response from audiences, significant changes to the DCEU were made going forward.

Whether or not you like the film, I think most people would say Gal Gadot as Wonder Woman was one of the best things about BATMAN v SUPERMAN. Right? Absolutely!

However, by the time BvS hit theaters in March of 2016, Ms. Gadot’s WONDER WOMAN film was basically, in the can. Thus, many wondered (well, at least yours truly) whether or not this movie missed out on the aforementioned DCEU course-correction and would be nothing more than a 2 hour commercial for JUSTICE LEAGUE.

Well, I’m here to report that regardless of when director Patty Jenkins’ WONDER WOMAN was conceived and filmed, it is NOT a 2 hour commercial for JUSTICE LEAGUE (as I worried it might be).

With all sincerity folks, I can say that not only is WONDER WOMAN the best DCEU film to date, it’s also one of the best DC films ever. And I’ll go even further and say it’s one of the best comic superhero “origin films” too – it’s right up there with BATMAN BEGINS, SUPERMAN: THE MOVIE and Marvel’s IRON MAN.

So, why such high praise? Well, let’s start with the cast. Gal Gadot is absolutely AWESOME as Wonder Woman/Diana Prince. We all saw how wonderful she was in BvS, and now she absolutely shines in her first (of many, I hope) solo Wonder Woman movies. She made me believe in Wonder Woman, and I love her.

Chris Pine – as Steve Trevor – damn near steals the movie he’s so good. He’s funny, charming and does a heck of a job as the film’s leading man and (non-super) hero.

Gadot and Pine’s onscreen chemistry is the driving force of the film. You will root for them to save the world together, and you’ll also root for them to be together and live happily ever after. Whether either or both of those things happen, I’ll let you find out for yourself – though Steve Trevor would probably be 130-ish years old by the time the events of BATMAN v SUPERMAN take place. So, do the math.

As far as the film’s plot, I’m sure you all are aware that it’s a period piece set during waning years of World War I. (I’ve always thought that a Wonder Woman movie should be a period piece, though I imagined it being set during World War II – probably because the character was created during that era and the original version of the Lynda Carter TV series was set during WWII – but using WWI as the backdrop works very well.) After one of his missions against the Germans, British spy (I believe he’s an American working for the British military) crashes his plane in the waters just off of the island of the Amazons, Themyscira. Saved by Diana – daughter of the Amazonian queen, Hippolyta – Trevor tells the Amazons about the “war to end all wars” that’s being waged in what the Amazonians call “Man’s World.” While Hippolyta forbids the Amazons from getting involved, Princess Diana disobeys her mother and journeys with Trevor to “the front” in Europe to save mankind and the world.

Really, that’s her goal, no kidding. Diana is convinced that the Greek god Ares is responsible for this war, and if she kills him, war will forever be eliminated from the face of the Earth.

Is she naïve? Yes, she is – but that’s part of the charm of Gal Gadot’s Diana. She is so good at heart, so pure and wants only to see the good in people. Thus, it’s heartbreaking when Diana’s naivety is taken away from her by the cruel acts of man.

Overall, the first two-thirds of WONDER WOMAN is fantastic. The scenes of young Diana and her training reminded me of BATMAN BEGINS. When the story moves from Themyscira to Europe, I’m reminded of SUPERMAN: THE MOVIE (in fact, there is a scene that’s a straight-up homage to that classic film). The action, drama, and humor gel perfectly and the film moves smoothly as a result.

However, the last third of the movie is its weakest part. The plot begins to drag just a bit – enough to briefly take me out of the film. Like MAN OF STEEL, BATMAN v SUPERMAN and SUICIDE SQUAD, it becomes a CGI-laden action piece that lasts too long and looks a little too “fake,” if you will, at times. Also, despite a cool twist regarding the main villain that I didn’t see coming, the character proved to be stereotypical of these sort of films and a little underwhelming.

In regards to any tie-ins to the DCEU (which was my fear), yes, it’s there. However, it happens only briefly at the beginning and end of the film and, thankfully, does not beat the audience over the head with “This is a DCEU movie and JUSTICE LEAGUE is coming soon!” In fact, it’s rather sweet.

WONDER WOMAN is a war story, a love story, and a comic book superhero action film. I laughed, I (almost) cried, and I cheered while watching it. It is a film full of heart – something we haven’t seen yet in a DCEU film. So, thank you Patty Jenkins, thank you Chris Pine, thank you cast and crew and, most of all, thank you Gal Gadot. 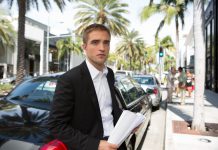 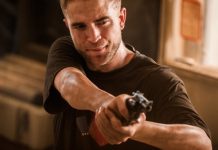 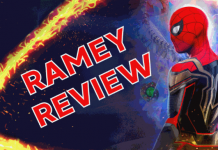 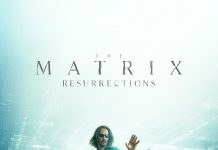 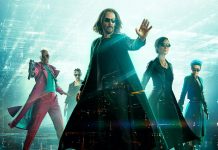 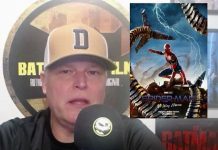 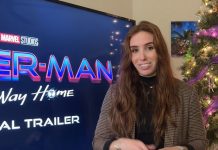