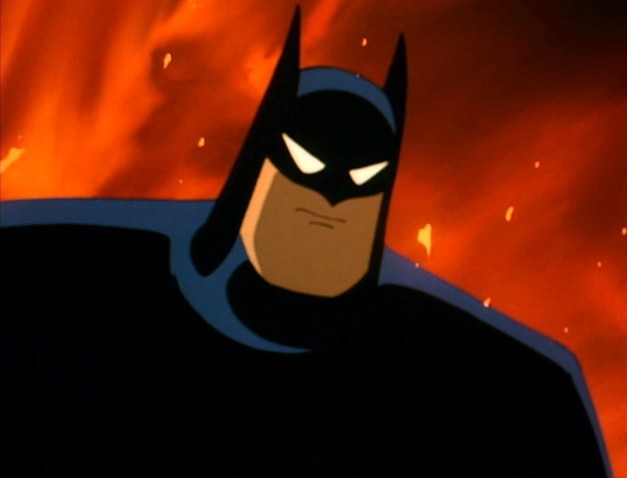 This year (2017) marks the 25th anniversary of Batman: The Animated Series – a program so groundbreaking that it spawned an entire animated universe (with shows like Superman: The Animated Series, Batman Beyond, and Justice League) and eventually influenced other superhero media (such as the direct-to-video DC Animated films or the Batman: Arkham video game series). It’s easy to keep looking ahead without looking behind, but sometimes it’s worth it to take a step back and look at how far you’ve come.

To that end, BOF’s reinvigorated deep dive into the classic series aims to reexamine its well-earned place in Batman’s history – to look at this collective work that got the character and his world so right that it remains a benchmark to this day.

If there’s an “underrated” category for Batman: The Animated Series episodes, “It’s Never Too Late” would easily make the cut, for a few reasons: it’s the first aired episode of the series to not feature a “costumed” or “freak” villain, and it utilizes Batman in a creative and nontraditional way.

As I’ve been watching these episodes in tandem with these new reviews, I’m noticing some things about the series that I haven’t considered before. While the Bruce Wayne/Batman of later seasons (especially once you get into THE NEW BATMAN ADVENTURES era) has less of a distinction between his identities and operates as more of the all-knowing, ever-prepared version of the character, the way he’s handled early on in BTAS is the exact opposite.

For example: Kevin Conroy provides a clear vocal distinction between Bruce Wayne and Batman. He’s not the uber-prepared version of the character that’s seen it all and is ready for any situation. But he still has his training, his wits, and his drive to be a hero. There’s a lot more of Batman fighting his way through something, figuring things out, doing detective work, or using his skills on-the-fly in the situations he’s in. He just feels a lot more human—and when he does something extraordinarily “Batman” in the face of it all, it’s that much more impressive. A few other seminal works use this approach to great effect: Batman: Year One, The Dark Knight Trilogy, and Batman: Strange Apparitions, to name a few.

“It’s Never Too Late” also pulls more than just characterization from Strange Apparitions; we also got the first animated appearance of mob boss Rupert Thorne, who would go on to cause all sorts of problems throughout the series. For this one, though, he’s the chief rival in a mob war with Arnold Stromwell (who we’ll see play a small role later in the series). Stromwell actually ends up being the main character of the episode. We follow along as he continually recounts a traumatic childhood event; discovering the connection between that event and the present day story provide a solid narrative that is one of the most rewarding parts of the episode.

The creators of BTAS have always stated that one of their goals for the series is that they didn’t want it to pander or talk down to the children that watched it. They didn’t have to have a kid-oriented protagonist or a merchandising slant to lean on – they just wanted to tell good stories, and this time they were able to. In this episode, The Dark Knight is used sparingly – he certainly acts the part of “silent guardian” and “watchful protector” while the Stromwell/Thorne thread takes center stage. And you know what? It works just fine. If anything, the “Ghost of Christmas Present” approach makes Batman’s appearances here that much more enjoyable when they do happen.

Good characterization, grounded action, and a slight twist ending make “It’s Never Too Late” one of the better episodes of the early run of Batman: The Animated Series. Without a big-name villain or enough unique factors to help it stand out from the crowd, its underrated status won’t be changing anytime soon, but don’t let that stop you from experiencing a well-crafted episode. – Ryan Hoss