BURBANK, CA (February 20, 2019) – The final episodes of the hit DC/WBTV series lay the foundation for the city’s iconic future as Warner Bros. Home Entertainment gets set to release Gotham: The Complete Fifth and Final Season on Blu-ray and DVD for $29.98 / $24.98 SRP. Out on June 11, 2019, the new release includes DC Super-Villain-filled extras that explore the characters and world of the Dark Knight that fans have come to know and love. 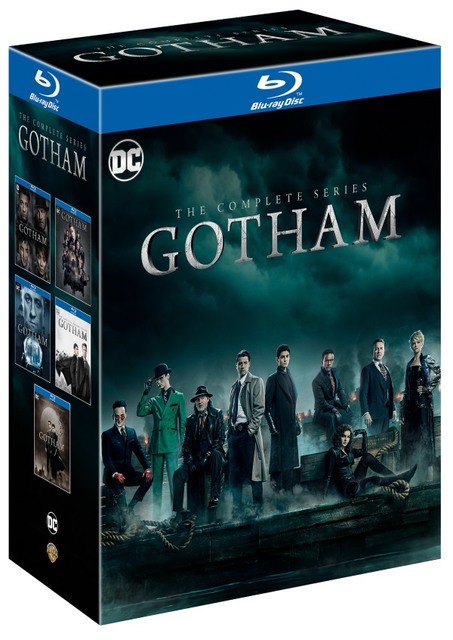 The fifth and final season of Gotham wraps up the iconic series in an unforgettable event that focuses on Bruce Wayne’s ultimate transformation into the Caped Crusader, while Jim Gordon struggles to hold together a city on the edge of chaos. Following the epic events of season four, the Legend of the Dark Knight resumes as Gotham City is divided between Gordon’s GCPD jurisdiction and some of the city’s most notorious villains such as Penguin, The Riddler and more. As the city’s heroes try to gain control and salvage what’s left of the deteriorating city, it teeters between good and evil, even as new DC Super-Villains, including Bane are introduced. 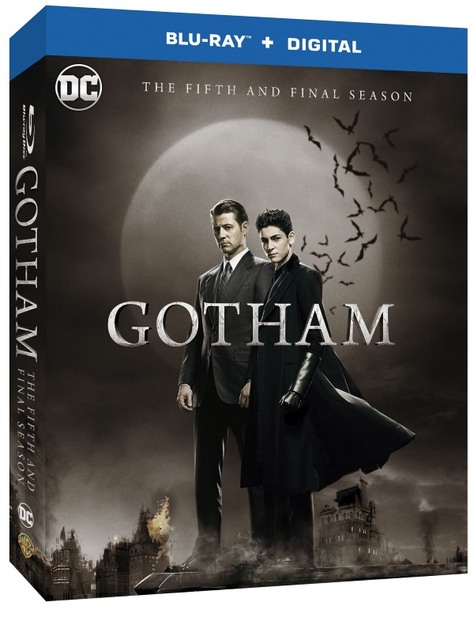 “Warner Bros. Home Entertainment is thrilled to release the final installment of the hit Gotham series and share the final chapters that lead to the complete transformation of the Caped Crusader,” said Rosemary Markson, WBHE Senior Vice President, Television Marketing. “Fans can enjoy all of the villain-filled action and relive the excitement with thrilling bonus features with the release of both Gotham: The Complete Fifth and Final Season as well as Gotham: The Complete Series.”

With Blu-ray’s unsurpassed picture and sound, Gotham: The Complete Fifth and Final Season Blu-ray release will include 1080p Full HD Video with DTS-HD Master Audio for English 5.1. The 2-disc Blu-ray will feature a high-definition Blu-ray and Digital Copy of all 12 episodes from season five.

The fifth and final season of Gotham is also currently available to own on Digital. Digital purchase allows consumers to instantly stream and download all episodes to watch anywhere and anytime on their favorite devices.  Digital movies and TV shows are available from various digital retailers including iTunes, Google Play, Vudu and others. A Digital Copy is also included with the purchase of specially marked Blu-ray.