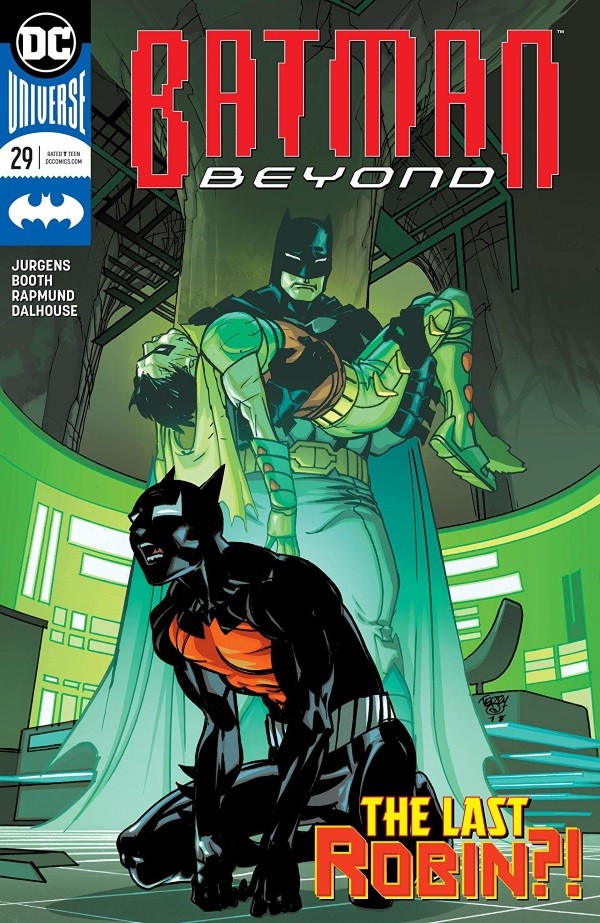 SYNOPSIS: The Joker is prepared to deliver his fatal punchline as everything—and the kitchen sink, too—hits the fan for Batman and Robin. Even with Dick Grayson’s help, the Dynamic Duo of tomorrow and Bruce Wayne may not stand a chance. Will The Joker turn Terry’s brother into the new Jason Todd? Is now a good time for Terry and Bruce to clash? And why are Neo-Gothamites cheering on the Clown Prince? Will anyone survive “The Final Joke”?

1988 was a pivotal time in the world of Batman.

The then-current Robin, Jason Todd, rubbed a lot of fans the wrong way, so much so, that there was a hotline set up where fans could call in and cast their vote on the fate of The contentious Boy Wonder. A mere 72 votes were the difference between Jason living and dying. As most fans know, Jason ended up “dying” (as fans also know, nobody ever stays dead in the comics world) at the hands of The Joker. That single event had long-lasting effects on Batman as a character that we can still see today.

I bring up that little history lesson for this reason: we’re treated to a great call-back to that story arc in Batman Beyond #29. Robin is held captured by The Joker, who is ready to savagely beat him to death with a crowbar ala A Death in the Family.

Thankfully, Dan Jurgens doesn’t just give us a straight rehash of that story. He changes enough to make it his own while adding enough references to the original story to make it feel like a nice little love letter.

His pacing is exceptional. At no point did I feel like the story had gotten stale from too much dialog or too much action as he manages to toe the line in between the two very well.

Speaking of action, we get to see Dick/Ric in the thick of things, showing that even in his advanced age, he can still bust out some Nightwing moves complete with escrima sticks (or improvised sticks made out of rebar in this case).

I complain a lot about Dan Jurgens resorting to having a geriatric Bruce fight all of the baddies in this book when Terry could/should, but in this case, there’s a certain poetic justice to an aged Bruce fighting a similarly aged Joker for a final time.

There’s not much I can say about the art that I haven’t already said throughout this arc; Norm Rapmund and Brett Booth are consistently good. If these guys don’t stay on Batman Beyond, I’d love to see them on other Batman or DC titles. One thing I’ve noticed since they’ve taken over art duties for this series is that their respective styles are very crisp and detailed, and Brett Booth often uses very dramatic, angular frames which work well during tense scenes.

Jurgens, Rapmund and Booth have put together a couple of very fun, promising issues at the tail end of this story arc. Hopefully, they can carry that momentum over and build on it in the next one. – Matt Whaley