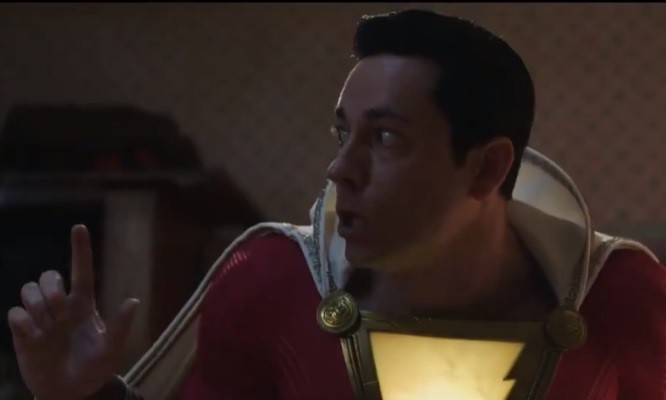 In a new video preview of SHAZAM!, Captain Marvel…err…Captain Sparkle Fingers…err Shazam (who is actually the damn wizard that gives Billy Batson his powers to become Captain F’n Marvel!) learns how to transform from the world’s mightiest mortal into the teenage Billy Batson.

Cute, very cute…and I mean that in a good and positive way!

I’m seeing it tomorrow, so I’ll be posting my review here on BOF once the embargo is lifted.

Also, have I ever told y’all that I’ve been waiting for this film since 1974? – Bill “Jett” Ramey

PS: Is calling him “Captain Thunder” a possible compromise?