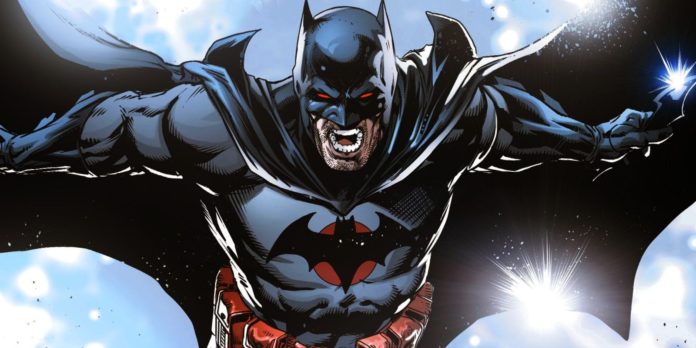 Well, it’s looking like The Flash solo film, FLASHPOINT, is about to get a new director (again) – make that directors – in the team of John Francis Daley and Jonathan Goldstein.  Does this mean that a solo Flash film is finally, really, actually going to happen?

Chalk me as I’ll believe it when I see it.  How many directors have either come and gone, or turned this project down already?  ANYWAY…

I’m not here today to talk about FLASHPOINT specifically.  For the record, I’m in favor of this film IF it’s truly a Flash solo film and not some kinda-sorta sequel to JUSTICE LEAGUE – that would be a HUGE mistake (CLICK HERE where I tell you why).  No, I’m here today to discuss how FLASHPOINT could affect director/writer Matt Reeves’ solo, standalone Batman movie; specifically, why is shouldn’t.

In the FLASHPOINT comic book miniseries (in which I am a big fan, FYI), it starts off with the pre-New 52 Batman, and ends by introducing the new, sort of rebooted New 52 version of the character – new costume and all.

As a result, and the fact that it’s obvious that this Flash solo film is going to be based on/influenced by that comic book, folks have speculated (including yours truly) that this was the way Warner Bros. would reboot/reset/restart/re-whatever their DC Comics cinematic universe.

Furthermore, when it comes to Batman, folks have suggested that FLASHPOINT would be the perfect vehicle to introduce the new Batman on film.  Have Ben Affleck be the older Batman/Bruce Wayne in the beginning of the movie, and then bring in the new actor – Jake Gyllenhaal or whoever ends up getting the role – at the end as a younger, in-his-prime version The Dark Knight after The Flash resets the timeline.

Sounds great right?  Just like that – and exactly like it is in the comics – out with the old Batman, in with the new, and all’s good…unless it’s not.

From where I stand, it is NOT.

Why?  Because our first look at the new cinematic Batman needs to be in a damn Batman movie, not a Flash/Justice League-light one, dammit!

Anyone think Matt Reeves would be OK with it anyway?  That’s what I thought.

Folks, this FILM, not the COMICS.  I love me some DC comics, but I know that they are two different mediums with two totally different audiences – and that included the majority of the audience for comic book movies.  What works in the comics might not work in a live-action film.

Again, I’m all for FLASHPOINT and I hope that it comes to fruition (though I’m still not holding my breath).  You want to do the Thomas Wayne Flashpoint Batman thing in it with Jeffery Dean Morgan?  Cool – I’m totally down with that.

But again, Jake Gyllenhaal – or whoever ends up getting the role – should have their first appearance as Batman/Bruce Wayne be in a damn BATMAN film dammit!  Post your opinion on the matter in the comments section below! – Bill “Jett” Ramey