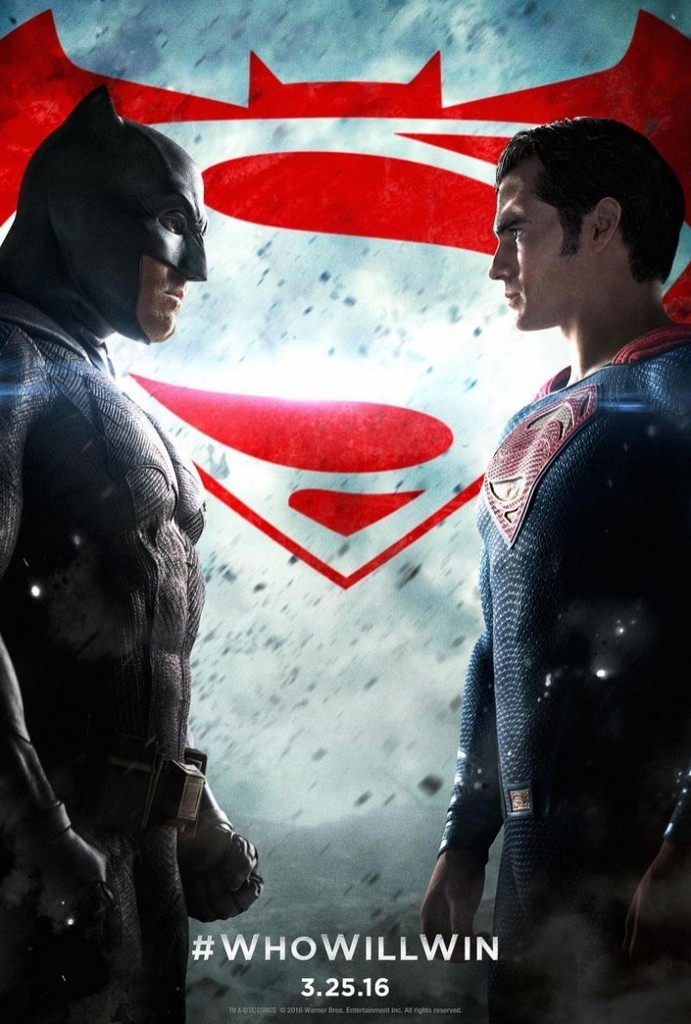 SYNOPSIS: Fearing the actions of a god-like Super Hero left unchecked, Gotham City’s own formidable, forceful vigilante takes on Metropolis’s most revered, modern-day savior, while the world wrestles with what sort of hero it really needs. And with Batman and Superman at war with one another, a new threat quickly arises, putting mankind in greater danger than it’s ever known before. (© Warner Bros. Pictures)

A friend of my wife asked me if it was OK to take her six year old son – who is a HUGE Batman fan – to see BATMAN v SUPERMAN: DAWN OF JUSTICE.

My response: “Hell no!” (This is ironic, since a lot of the merchandise targets children of this age. But that’s another discussion for another day.)

Make no mistake about it, BvS is a dark film – darker than I expected. And it’s also a violent film. There’s not much blood on display (sorta like THE DARK KNIGHT TRILOGY), but the level of violence is quite high – I can definitely see how an R-rated cut can be created for this film.)

So what sort of film is BvS? Well, it’s definitely a “comic book” film as it features the two most iconic comic book superheroes ever: Batman and Superman. It’s a complex film that attempts to explore some sophisticated themes (illegal immigration, national security, civil liberties). And it’s certainly an “action film” as it’s balls to the wall in that regard from start to finish.

That question, my friends, I’ll tell you all shortly. Honestly, it’s hard to definitively answer.

Let’s get to what many if you consider the bottom line shall we? Since you’re reading this review on a site titled “Batman On Film,” I know what you all really want to know first and foremost: Batman in BvS.

Performance-wise, Ben Affleck is great as both Batman and Bruce Wayne — he was the best thing about the film. Without a doubt, Mr. Affleck is the most physically-suited actor to play this character to date. Honestly, it’s as if Mr. Affleck was born to play this role. He’s a big dude (6’4”) and actually looks like the comic book version of Bruce Wayne.

If you’ve wanted to see a brutal, no holds barred Batman and morally loose Bruce Wayne, your wish has been granted. Personally, I take a bit of an issue with how Batman was portrayed in the film at times — and it wasn’t because he’s a cad as Bruce or particularly (*in Jeremy Irons voice*) “cruel” as Batman. Frankly, both Batman and Bruce Wayne are fairly unlikeable for two-thirds of the movie — but keep in mind that’s what they were going for.

Cutting to the chase, Batman is portrayed as a ruthless crime-fighting vigilante who has no issue crossing, well, many lines.

Take that for what you will.

And when it comes to Bruce Wayne, his philandering and partying lifestyle isn’t an act — it’s his, um, way of life.

This incarnation of Bruce Wayne is a broken man due to a long list of personal tragedies – starting with the murder of his parents in front of his eyes when he was a child (and yes, that scene is depicted for the FOURTH time on film since BATMAN ’89). Thus, he’s trying to fill a void in his life (lives?) by beating the holy hell out of criminals as Batman and drinking and bedding women as Bruce Wayne. A-hole Batman (and Bruce Wayne) has been brought to life!

But, does he ever change his ways? And if so, how and why? That question is answered in the film and I’ll let you find out for yourself.

Bottom line: be prepared to not think too highly of Mr. Wayne or his alter ego for a good chunk of the film. However, keep in mind that this was intentional and it also speaks to Mr. Affleck’s excellent performance. Yes folks, Batman is a villain in BvS.

As far as Superman, Henry Cavill gives another tremendous performance as Superman/Clark Kent. His Superman does many “Superman things” throughout the film. While not as naïve and unseasoned as he was in MAN OF STEEL, Superman in BvS is still young and has yet to become the fully-formed Superman found in the comics. Regardless of experience level, he’s a hero and only wants to help mankind. Thus, he doesn’t get why some people fear him, and it seems to, well, hurt his feelings. He also doesn’t want to be worshiped as a god as he considers himself to be Clark Kent and one of them.

And don’t worry Superman fans, despite the marketing being very Batman-centric, BvS does indeed come off as a Superman film. However, if you didn’t like how Superman was portrayed in MAN OF STEEL, then I don’t know if you’re going to think the BvS version of the character is an improvement.

So what’s the deal? Why in the hell are Batman and Superman at odds with each other? The answer is quite simple. Batman fears Superman may use his powers to take over the Earth, destroy the human race, or maybe even both. Superman believes Batman to be an illegal vigilante operating outside of the law and violating the civil rights of those he takes down. Superman doesn’t view Batman as a hero, no, he views him as a criminal.

However, Batman takes the conflict to another level altogether. He wants to kill Superman.

As far as the rest of cast, wonderful performances by all. If you were one of those worried about the casting of Jesse Eisenberg as Lex Luthor, put those worries to rest as he absolutely kills it. Lex is portrayed as an arrogant and smarmy little S.O.B. that you’ll want to smack across the face. Like Batman, Lex also wants to permanently take out the Man of Steel — but that doesn’t mean he and the Dark Knight are allies. Lex wants The Batman dead as well.

Here’s the deal with this movie: there’s A LOT going on for two and a half hours. So much so, it’s hard to get a handle on in one sitting. I can see now why some stuff was cut from the film (i.e. Jenna Malone and her role) and that a three hour extended cut can be created. I also found the Justice League set-up stuff to be very forced and, frankly, could’ve been omitted from the film. Of course, that would’ve eliminated the need for Wonder Woman (Gal Gadot) to be included in BvS. Honestly, you didn’t have to include Wonder Woman in the movie. Clearly, including character was derived from the need for BvS to set up the JUSTICE LEAGUE movie. Was it cool to see Wonder Woman on the big screen? Absolutely; and Ms. Gadot certainly makes the most of her screen time as both Diana Prince and Wonder Woman. Gal was awesome. But was the character really required to tell the story in this film? No, not really. (And anyone who is being honest — and not emotional — will say the same.)

BATMAN v SUPERMAN: DAWN OF JUSTICE is a dark and serious film with a lot going on. In fact, I recommend at least two views to take it all in. It was very different from what I was expecting to see — and I was expecting it to be dark, complex, and serious. While the TV spots and trailers did their best to thow off the audience, there are some major story beats that are “unexpectedly obvious,” if you will. In other words, once you see the film, you might say to yourself, “I didn’t see that coming, but I really did.”

BATMAN v SUPERMAN was OK…but I wanted to love it. I wanted it to blow me away and move me emotionally. It did not.

As of this writing, I’ve seen it twice and plan to see it several more times (tickets already purchased for this Thursday and Friday evenings). While I enjoyed chunks of this film, there are as many parts that just didn’t resonate with me. Some story threads went on too long and some were resolved too quickly. The CGI was annoying and/or distracting at times (i.e. Doomsday).

Nevertheless, now that I am post-BvS, I can say that I am looking forward to seeing much more of Mr. Affleck’s Batman (The solo Batfleck Batflick needs to be greenlit and fast-tracked ASAP!), Mr. Cavill’s Superman (Superman deserves another solo film), and Ms. Gadot’s Wonder Woman (can’t wait for her movie).

Together? I’m not so sure.

In that regard, BvS didn’t do its job. – Bill “Jett” Ramey