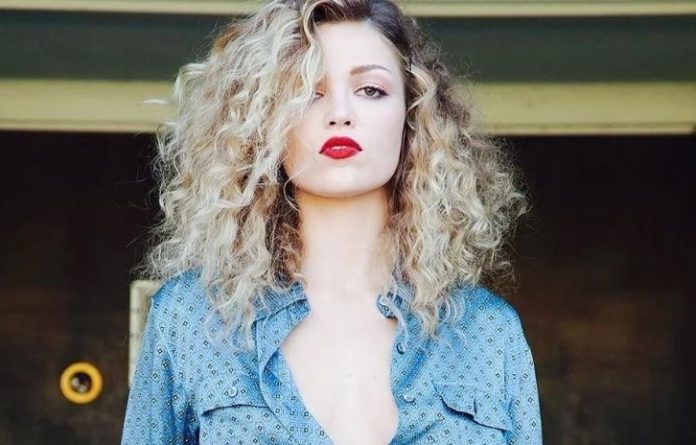 Well, I do get it, but it sorta sucks for Camren Bicondova.

Via ENTERTAINMENT WEEKLY, Lili Simmons will (already has) replaced Camren Bicondova as the adult version of Selina Kyle/Catwoman in the GOTHAM series finale.  Here are the pics via EW…

As I said, I get it, because there’s a 10-ish year jump from where the second to last episode ended to the finale episode and Ms. Simmons frankly looks older and is taller than Ms. Bicondova.

But why not do the same for David Mazouz and Bruce Wayne?

Maybe the answer to that question is that we never see Bruce Wayne in GOTHAM‘s finale and only Batman.

I hope so because there’s simply no way that Mr. Mazouz (who is a very fine young actor) can pull off looking like, as Ezekiel Elliot says, a grown-ass man — especially an almost-30-year-old Bruce Wayne.

We know that a 6′ 2″ stuntman is going to actually be in the Batsuit, though close-ups will feature Mazouz in the cowl and he’ll also provide the digitally altered voice of Batman.

Look, that’s fine I guess. The kid has played Bruce Wayne more than anyone in Batman history, so give him his chance to actually be “Batman.”  But, if they trot him out as Bruce Wayne and try to pass him off as being, well, a grown-ass man, I’ll have a hard time with that.

Ironically, back in 2014 at San Diego Comic Con (which was the last time I personally attended it because I kinda don’t like it), I asked GOTHAM showrunner Bruno Heller if he planned to recast Bruce Wayne and Selina Kyle at some point during the series and he said that would not happen.

Well, it happened — at least for Ms. Bicondova — so whatever Mr. Heller, I guess.

What do you think of all of this?  Should an older actor have been cast to play Bruce Wayne just like Selina Kyle?  Post your take in the comments section below! – Bill “Jett” Ramey