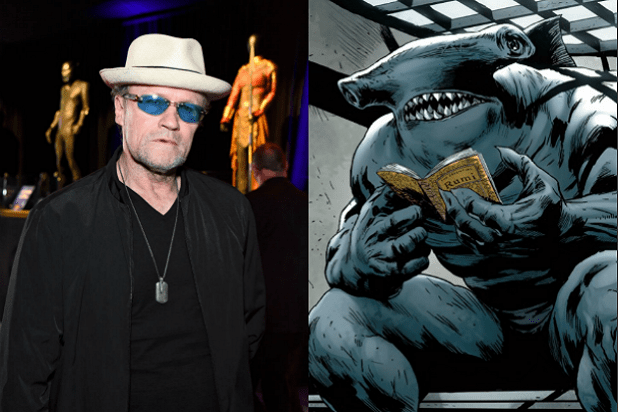 Per THE WRAP, Michael Rooker is in talks to play the DC Comics villain King Shark in director James Gunn’s THE SUICIDE SQUAD.

Warner Bros. has yet to confirm.

Debuting in 1994, the King Shark is a humanoid shark and the son of Chondrakha, the God of all Sharks and has been a member of the Secret Six, the Secret Society of Super-Villains, and the Suicide Squad, of course.

It’ll be interesting to see how they portray King Shark in THE SUICIDE SQUAD.  Will he be a full-on shark/human hybrid, or is the name of “King Shark” not that literal of a moniker.

For the full story, click on the links provided to the original source.