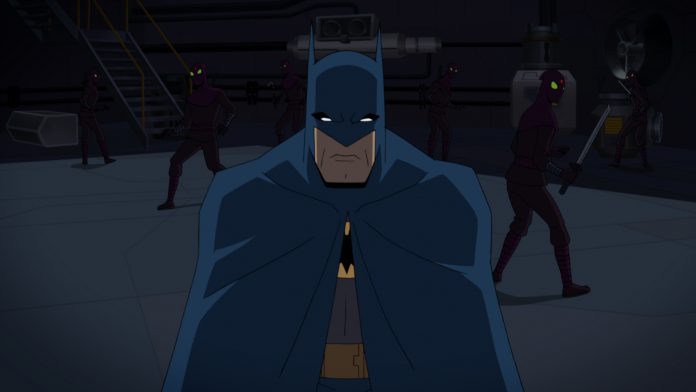 Troy Baker — the voice of both Batman and The Joker in BATMAN VS. TEENAGE MUTANT NINJA TURTLES — is the first person to achieve that feat in a single film.

Check out the video below of Troy talking about playing both characters in the same film, as well as what the movie is all about.

BATMAN VS. TEENAGE MUTANT NINJA TURTLES finds Gotham City reaching new levels of danger when Shredder joins forces with Ra’s al Ghul to enact a nefarious plan – leading to the team-up of the Dark Knight and the Turtles to combat the combined might of the Foot Clan and League of Assassins!