Pattinson is Batman on Film #9

After months of speculation, Robert Pattinson emerged from a shortlist of actors and has been cast as the new Batman on film.

The 33-year-old Pattinson will be the first actor since Christian Bale to play The Dark Knight in a solo Batman film, and he’ll be the second youngest actor to portray Batman next to the aforementioned Bale in the Warner Bros. Batman film franchise. 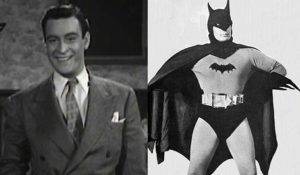 Yes, Pattinson is older than Bale by 4 years when each was cast as Batman — most of y’all didn’t know or realize that, right?

To note, Lewis Wilson — the first actor to play Batman on the big screen — was just 23 when he portrayed Bruce Wayne/Batman in the 1943 Columbia serial, THE BATMAN.  So officially, Wilson is the youngest Batman on film to date.

Pattinson’s Bat-Casting Reminds Me of Bale’s

Speaking of the great Christian Bale, the casting of Pattinson reminds me A LOT of why and how Bale got the role back in 2003 — and it has nothing to do with the fact they are both British (and yes, I know CB is Welsh).

Yes, I know that Bale was a bit of a “fan favorite” for the part back in the early 2000s, but he still was relatively unknown in terms of the general audience.

On the other hand, Pattinson is WAY more well-known that Bale when he was cast due to his turn in the TWILIGHT movies.  And yes, RP certainly doesn’t share the “fan favorite” moniker with Bale — in that regard, he’s got more in common with Michael Keaton and Ben Affleck.

However, the reason that the casting of Pattinson as Batman reminds me of Bale’s is that they are both very fine actors, first and foremost.

Yes, Bale was a “fan favorite,” but that’s not what got him the gig.  He got it because he fit the director’s vision of how the character should be portrayed and, well, he’s one hell of an actor.

So why did Matt Reeves go with Pattinson?  Because he fit his vision of how the character should be portrayed and, well, he’s proven himself to be one hell of an actor.

Pattinson’s Bat-Casting Reminds Me of Keaton’s Too

Just like when Michael Keaton’s casting as Batman back in 1988 caused a “fan uproar” (and I have that in quotation marks on purpose), so has Pattinson’s.

Back in 1998, they wrote letters to Warner Bros.  Today, they are setting up petitions on Change.org.  Neither attempt to thwart the casting was successful.

As I’ve said many times, haven’t we learned not to pre-judge this kind of casting over the last 30 years?

Mark my words folks.  At least two-thirds — maybe even three-fourths or more — of the fans who are having meltdowns over Pattinson’s Bat-casting will see THE BATMAN two years from now and proclaim Robert Pattinson as the greatest Batman on film in the history of Batmen (Batmans?) on film.

I’m Not Going to Lie…

There’s a little part of me that loved the Pattinson casting because it made the fanBOIZ freakout and meltdown.

They are if nothing else, as entertaining as they are maddening…and embarrassing to Batman fandom at times. 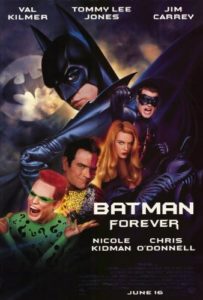 And it’s not a soft reboot ala BATMAN FOREVER nor is it a prequel.

Director Matt Reeves simply was not going to play in someone else’s Batman sandbox.  In fact, he told Warner Bros. upfront that he had a specific take and vision for a Batman movie (and possible trilogy) and if they weren’t interested, that was more than cool.

But they were interested and Matt Reeves got the gig.

Well, I have a vision for a way to do something with that character that feels like it resonates with me personally, and a perspective that can grow out into other things. When they [Warner Bros.] approached me, what they said was ‘look, it’s a standalone, it’s not part of the extended universe.

Yes, I know he walked back that statement a bit a few days later by saying Batman is, by default, part of the DC universe in a carefully worded PR statement.  Keep in mind that JUSTICE LEAGUE had yet to be released, was going to be a clusterf*ck, and WB didn’t want people knowing they were planning on BIG changes to DC on film once JL came and went. 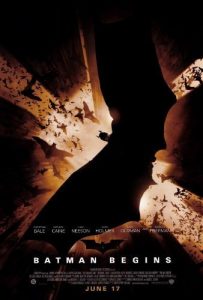 It was the same PR thing when Ben Affleck “debunked” a trade report that WB was keen on moving on from him as Batman during Comic Con 2017 by saying he would “…be an ape on the ground for Matt Reeves.”  ANYWAY…

Starting over/rebooting/relaunching Batman on film was the plan once Reeves took the helm of the franchise.  So again…

Pattinson isn’t playing a younger version of the BvS/JL Batman and THE BATMAN is as much of a reboot of Batman on film as BATMAN BEGINS.

If you still think/hope otherwise, well, bless your heart.

The Future of DC on Film 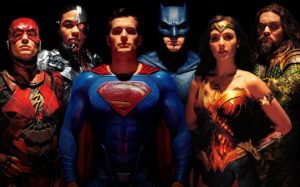 In the wake of the BATMAN v SUPERMAN/JUSTICE LEAGUE disaster, Warner Bros. tapped the break, turned the steering wheel, and changed the course of DC on film.

No longer would they be working to connect all their DC movies and build a shared cinematic universe.  Instead, they were simply going to make individual DC movies under the guidance of strong filmmakers.

If you haven’t excepted this yet, it’s past time that you did.

I have two suggestions for fans that will make the “New DC on Film” easier to accept and understand:

1) Stop trying to figure out how all these DC movies “connect.”

2) Understand that these individual films are not building towards a big team-up film — i.e. JUSTICE LEAGUE 2. 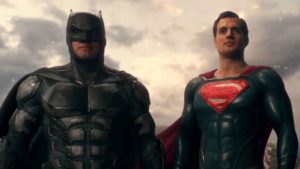 WB kept what worked — Gal Gadot’s Wonder Woman, Margot Robbie’s Harley Quinn, and by pure luck, Jason Momoa’s Aquaman — and got rid of the rest that failed — Ben Affleck’s Batman and (by no fault of his own) Henry Cavill’s Superman.

The bottom line is that it ain’t all going to “connect” and there’s not going to be an overt shared DC on film universe.  Each of these DC movies going forward as going to be their own things.

If you take my advice and accept what WB is doing with DC on film, I believe you’ll be able to enjoy these movies much more.

If Matt Reeves’ THE BATMAN is truly the first film of a planned trilogy, then it and its sequels will last us the next decade-plus.

In my now 21st year of running this here website (as of (June 2, 2019), I’ve had the privilege of following and covering ebb and flow of the Batman movie franchise.

I started this site at a time when comic book movies were not popular in the wake of BATMAN & ROBIN and I legitimately wondered if there would ever be another Batman film.

Then came Chris Nolan, BATMAN BEGINS, and THE DARK KNIGHT TRILOGY and the rest is history.

From where I sit, BATMAN v SUPERMAN and JUSTICE LEAGUE was the lowest moment for Batman on film since BATMAN & ROBIN. 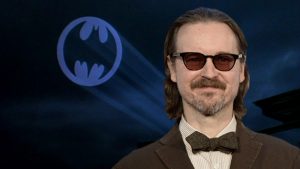 Thus, BvS/JL brought me back to the late 1990s and the reason I started BOF: Lobbying for GOOD Batman movies — and I’ve been bangin’ the drum LOUD these last few years.

The hiring of Matt Reeves reminds me a lot of when Chris Nolan got the gig and was given the job of not only righting Batman on film wrongs, but also to revitalize the franchise when it’s much needed.

So, if we get 3 films and a decade outta Reeves and Pattinson, could this Batman on film run be my last hurrah as I’ll be in my mid-60s by then?