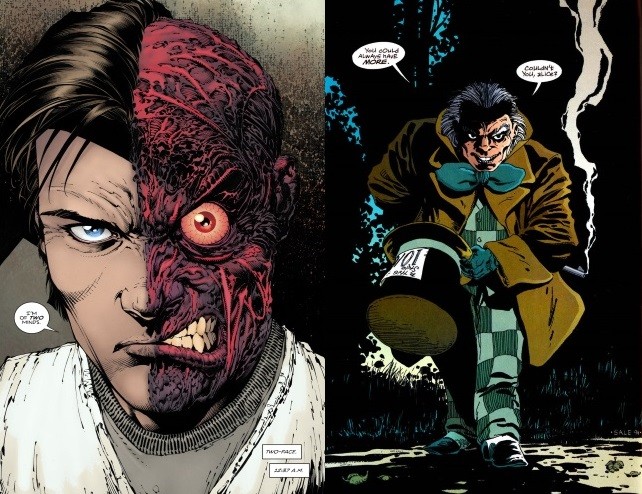 The other day, a report from THEGWW.COM said that the following villains would be in Matt Reeves’ THE BATMAN: The Penguin, The Riddler, Catwoman, and Firefly.

BOF can confirm that this report is accurate, but with a caveat: Characters could very well be removed, replaced, or added to THE BATMAN as the script goes through rewrites.

I can also add the two following names to that list: Harvey Dent and Jervis Techt.

Again, keep in mind that as Reeves polishes the script, Two-Face and the Mad Hatter may or may not end up in the final draft.

I have heard for a while now that there would be several villains in the film, but other than The Penguin, BOF had no idea who the others might be.

It is also important to note that there will likely be several Batman villains appearing in the film and most of them will be very small roles.  This leads me to believe that whatever mystery/crime Batman (Robert Pattinson) is attempting to solve will lead him to interrogate many members of his rogues’ gallery.