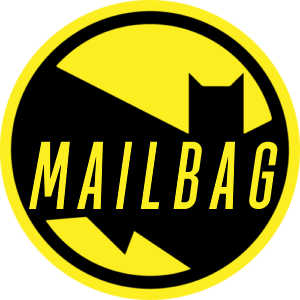 Welcome to the second and final BOF Mailbag of the month. Let’s get to the questions!

How many villains do you think will appear in Reeves’ Batman movie, either as cameos or antagonists?

JETT SAYS: There are at least 4.

As much as I love Batman, after the Nolan TRILOGY — which in my opinion is perfect — do we really need more Batman? I just can’t see how you can have a Bruce Wayne arc that is superior to [THE DARK KNIGHT TRILOGY] which is why I am fairly meh at this point.

JETT SAYS: Yes, we need more Batman because he’s awesome!  What we needed is a bit of a break from Batman on film.  Once Reeves’ movie hits theaters, it will be 9 years after the last solo Batman film (THE DARK KNIGHT RISES) and 4 years after the last on-screen appearance of the character (JUSTICE LEAGUE).  That’s plenty of time — especially when no one cares about BvS and JL so we can forget about them.

I hope you get your Bat-groove back on, and I suspect you will as we get closer to THE BATMAN in 2021.

Do you think it is likely that harmie hammer will indeed be announced as the new batman? #BatmanOnFilmMailbag 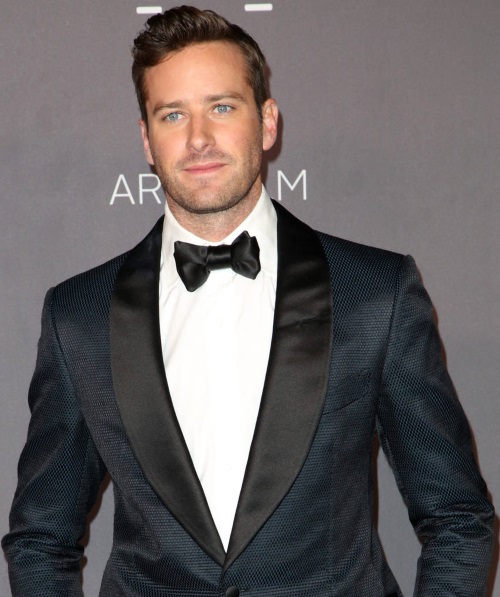 I 100% believe (know) that Armie Hammer’s name has been brought up in regards to the role of Batman for Matt Reeves’ film by the powers that be.

JETT SAYS: See the above answer.

Have you upgraded to 4K yet? Watched BATMAN BEGINS last night in 4K for the first time and it was absolutely incredible!

JETT SAYS: I have not, but I plan to at some point this year!

Unrelated to Batman but what is Chris Nolan’s next project? Any word?

What do you think the odds are that a live-action BATMAN BEYOND happens in the next, say, 10 years? I’ve seen fan discussions about bringing back Keaton as old Bruce, and I have to admit, that would be cool. And it would obviously be a completely different take on Batman that has ever been done on film. Thoughts?

JETT SAYS: With Warner Bros. doing this one-off, “Black Label” DC movies such as the upcoming JOKER with Joaquin Phoenix, I’d say it’s very possible.  I personally would love to see it.

Whilst I am enthusiastic about new Batman movie. Warners has a chequered history with DC projects and some other huge ones.

Do you worry this movie might not get made?

JETT SAYS: This film is happening…no ifs, ands, or buts about it.  And things are fixin’ to ramp up exponentially.

If it’s true that Matt Reeves’ Batman [movie] is a true standalone, what does that mean for the “DCEU” Batman? Although I know WB is going for the more standalone route going forward, I can’t help but think that Batman must still be part of the same universe where Gal Gadot’s Wonder Woman and Jason Momoa’s Aquaman reside. After all, no DC universe is without Batman, shared or not. And since Ben checked out, how does that work then? Confusing.

JETT SAYS: Rob, this really isn’t confusing at all sir.

They are all essentially their own thing and — as WB boss Toby Emmerich said — the studio is going to be “less focused” with a shared DC on film universe from now on.  There’s not going to be another Justice League film anytime in the near future (if ever) and there’s not going to be cameos, nor will a film help set up another.

Thus — when you watch these movies going forward — you need to view each as “its own equation and own creative entity,” to borrow from Toby Emmerich.

With that said Rob, if you want to watch, say, AQUAMAN 2 and want to believe that Ben Affleck’s Batman from BATMAN v SUPERMAN and JUSTICE LEAGUE exists out there somewhere, you can.  Think about it this way: He’ll exist in the periphery.

As far as Matt Reeves’ THE BATMAN, I do think it’ll be totally its own thing and I don’t expect that Batman to show up in any other DC movie.  Heck, it might not even be related to BIRDS OF PREY.   Just enjoy it for what it is: A solo, standalone, Batman movie.

These films don’t have to be “connected” to be enjoyed.

What’s your take on Doom Patrol#BatmanonFilmMailbag🦇🙏👍👏👏👏🔥poochie2

JETT SAYS: I’ve only watched the first episode, but I did enjoy it quite a bit. This one I’ll definitely watch, unlike TITANS that I couldn’t stay with — it’s just not my cup of tea.

Given Matt Reeves experience using CGI (the APES films), do you see any particular Batman villain that could work on the big screen using similar CGI? Side question: Could you see Andy Serkis maybe getting a part as a particular villain?

JETT SAYS: I’d say that Clayface would be a villain that would require CGI — though I don’t think we going to be seeing the character in Reeves’ film.  I’d say that overall, Batman’s rogues gallery is pretty much “ground,” relatively speaking.

As far as Andy Serkis being in a Reeves-directed Batman movie, why not?  I don’t think he’d even have to do a mocap performance either.

@BATMANONFILM Did you like Armie Hammer’s Bat-suit from JL: Mortal? #BatmanOnFilmMailbag

JETT SAYS: Other than some concept art (and a group pic of the suits with stand-ins), I’ve never really seen it. So I can’t say whether I liked it or not. I wasn’t a fan of what I saw in the concept art, I’ll say that.

Should the cowl in #TheBatman use no eye makeup, eye makeup, or try and get reflective lenses/white eyes to work practically? #BatmanOnFilmMailbag pic.twitter.com/HUpFkRUdjj

JETT SAYS: I like seeing the actor’s eyes in the cowl as they show so much emotion and are a great tool for the actor inside.  With that said, if lenses drop down out of the cowl from time to time as needed by Batman, I’d be OK with that.  We sorta saw that towards the end of THE DARK KNIGHT.  And when we see the eyes, gotta use the eyeblack — it looks bad without it.

Is the animated BATMAN BEYOND movie definitely going to happen?

Any chance that a former Batman actor (DeVito, Pfeiffer, etc.) could join a future Batman movie in a different role or reprising the old one?

JETT SAYS: I’m not thinking that’s likely.  It would come off as gimmicky in my opinion.

Now that we’re definitely getting a new Batman but also keeping the same Harley Quinn, what do you expect them to do with The Joker going forward?

JETT SAYS: I don’t we’re going to see the Jared Leto version of The Joker from SUICIDE SQUAD again.  If and when we see the character on the big screen again — sans the Joaquin Phoenix version from the upcoming JOKER — it’ll be in a Batman movie.  We’ll have to see what Reeves has planned in future Batman films.

Also, keep in mind that the Batman that will exist in the periphery in the BIRDS OF PREY movie might not be the Batman in, well, THE BATMAN.

With WB moving forward with a Flash movie and the implications that a multiverse exists, do you foresee WB trying to integrate (even via cameos) other versions of Batman? i.e. Beyond, Batman Who Laughs, Thomas Wayne, or even previous actors in the role?

JETT SAYS: Brother, I’m still not holding my breath when it comes to a Flash movie and I’ll believe it when I see it in a theater.  But yeah, you could do some crazy stuff like that — different versions of characters — in a Flash film and that could be cool.

Actors have played both Marvel and DC characters before. If Mr. Freeze were to be put in another movie, what do you think about Patrick Stewart? I’ve wanted him ever since B&R.

JETT SAYS: Patrick Stewart is a fine actor and would make a great Victor Fries…20+ years ago.  The dude is almost 80, so I think he’s a tad old for the role.  If he’s frozen, he probably wouldn’t age and would be stuck wherever he was chronologically when he became Mr. Freeze.  I’d go for someone younger.

Thanks for reading and that’ll do it for February ’19.  See you next month for a couple of BOF Mailbags for March! – Bill “Jett” Ramey 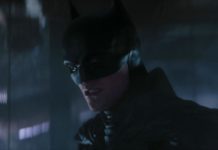 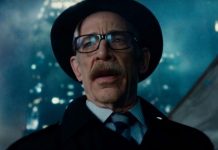