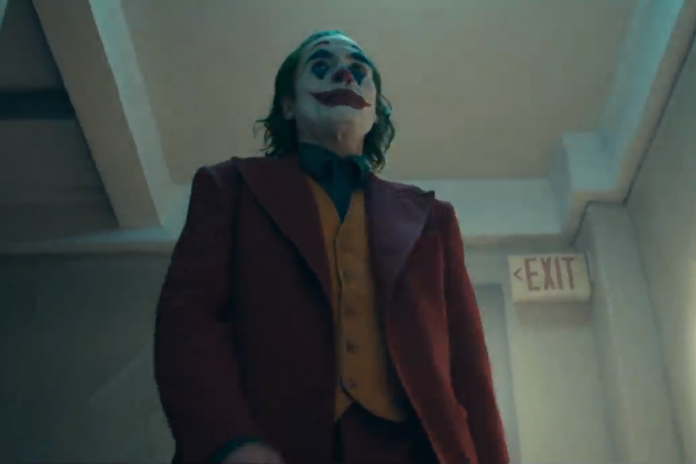 It was clear from the beginning that director Todd Phillips’ JOKER starring Joaquin Phoenix in the title role was going to be something very different.  In fact, I warned BOF readers that they shouldn’t think about this movie as a traditional “comic book/superhero” film.

Nonetheless, (some) fans tried to figure out how JOKER would fit in the current live-action DC on film universe (which essentially doesn’t exist anymore — at least not overtly), and there have been many theories.

One of the most popular ideas is that it’s a prequel to Matt Reeves’ upcoming THE BATMAN. Furthermore, they believe that down the line, Joaquin Phoenix’s Joker will show up in a sequel to THE BATMAN to take on Robert Pattinson’s Dark Knight.

We didn’t follow anything from the comic books, which people are gonna be mad about.  We just wrote our own version of where a guy like Joker might come from. That’s what was interesting to me. We’re not even doing Joker, but the story of becoming Joker. It’s about this man.

“This man” is one Arthur Fleck — played by Joaquin Phoenix — who spirals out of control and ends up becoming The Joker.

Now before folks freak out over Phillips’ “we didn’t follow anything from the comics” comment, let me translate, OK?  What he is saying is that they took the concept of “The Joker” and gave the character their own unique and original origin.  As he says, they aren’t doing “Joker,” they’re doing the story of how this one mentally unstable dude becomes The Joker.

Just because this version of The Joker isn’t named Jack Napier, wasn’t once the Red Hood, didn’t fall into a vat of acid, and isn’t permawhite doesn’t mean it’s not “The Joker.”

Also, Phillips says he had Phoenix in mind for the role from the very beginning.

I think [Phoenix] the greatest actor.  We had a photo of him above our computer while we were writing. We constantly thought, ‘God, imagine if Joaquin actually does this?!’

As someone who knows A LOT about JOKER (because I learned to read), this isn’t going to be a film for everyone.  Hell, I don’t know if it’s going to be for me — I’ll wait until I see it before I pre(judge) it.  I do know this: If it isn’t my cup of tea, it’s not going to be because it’s something different, is a one-off, isn’t part of a bigger cinematic universe, and a Batman might never exist in its world. – Bill “Jett” Ramey