Do you think we’re going to get casting news or are they going to keep it quiet?

JETT SAYS: Casting news for THE BATMAN I presume?  Keep in mind that this film is still essentially 2 years away (692 days as I write this column) and filming won’t commence for another 6 months, give or take.  When they cast a role, they’ll announce it — and I know the casting process is taking place as we speak.

If Reeves wants to include a character in his Batman movies, is that character off-limits for other DC movies like THE SUICIDE SQUAD or potential BIRDS OF PREY sequels? What about the other direction? Can Reeves cast new versions of characters that will appear in other DC movies (excluding movies like JOKER that are explicitly one-offs)?

JETT SAYS: I’ll answer the first part of your question this way: The Penguin was supposed to be in BIRDS OF PREY…until Matt Reeves said he planned to use the character in THE BATMAN.

In regards to the second part, I don’t expect any cross-pollination, if you will, between films when it comes to characters.

Are your Twitter pictures suggesting an all-black costume (possibly period in style) with a yellow oval logo?

JETT SAYS: I never use Twitter to suggest anything, sir. 🤞

It’s been rumoured The Batman will begin filming at the WB studio in London. How much location shooting do you anticipate they will use? It’s been my hope since this movie was announced that there’d be a lot of location shooting and practical effects. #BatmanOnFilmMailbag

JETT SAYS: It looks like they’ll base out of WB UK and shoot there, but yeah, I’m hoping for the same when it comes to on-location filming, less CGI, and practical effects.

If you had to pick your favorite costume for 4 of the following heroes using only big-screen AND small screen version which 4 would you pick.  Please base this on costumes not acting/actor or how bad or great a movie was.  Favorite Batman, Superman, Wonder Woman and The Flash.  I believe they are the only ones who have been on both small and large screen more than once. (via email)

JETT SAYS: This one’s tough because I like most of the suits from the films and TV — especially the Batman ones.  Here goes… 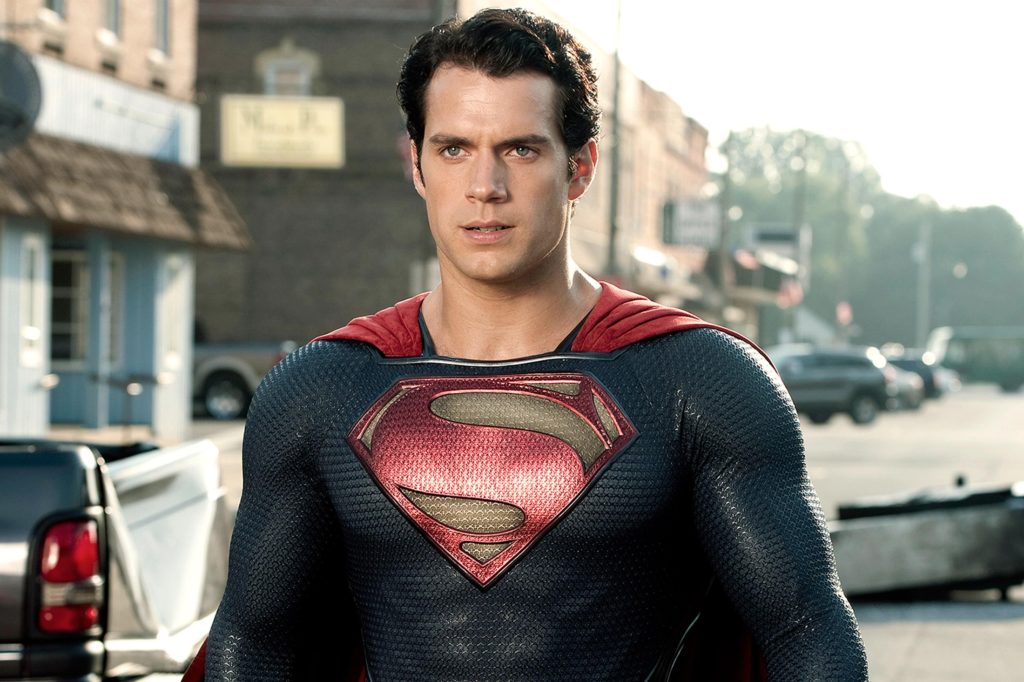 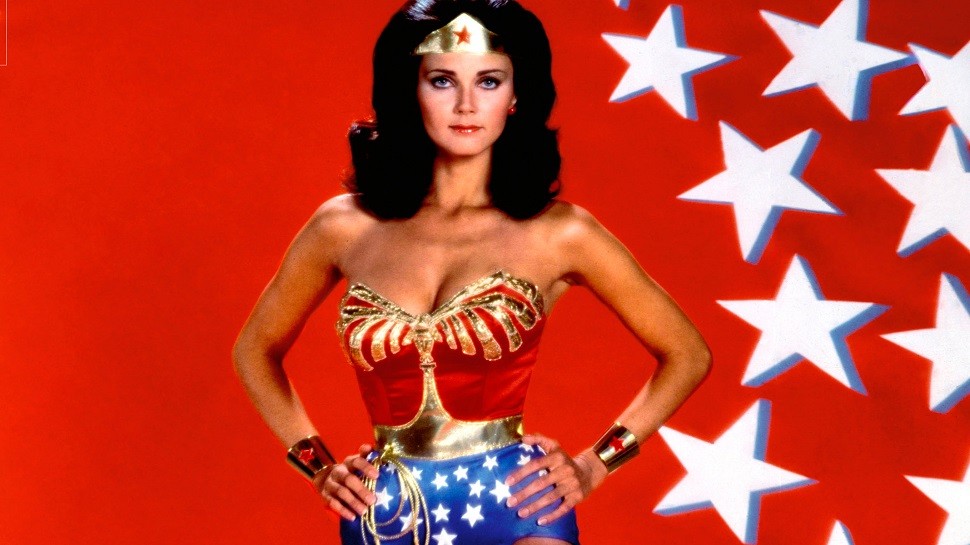 The Flash – From current TV series on The CW. 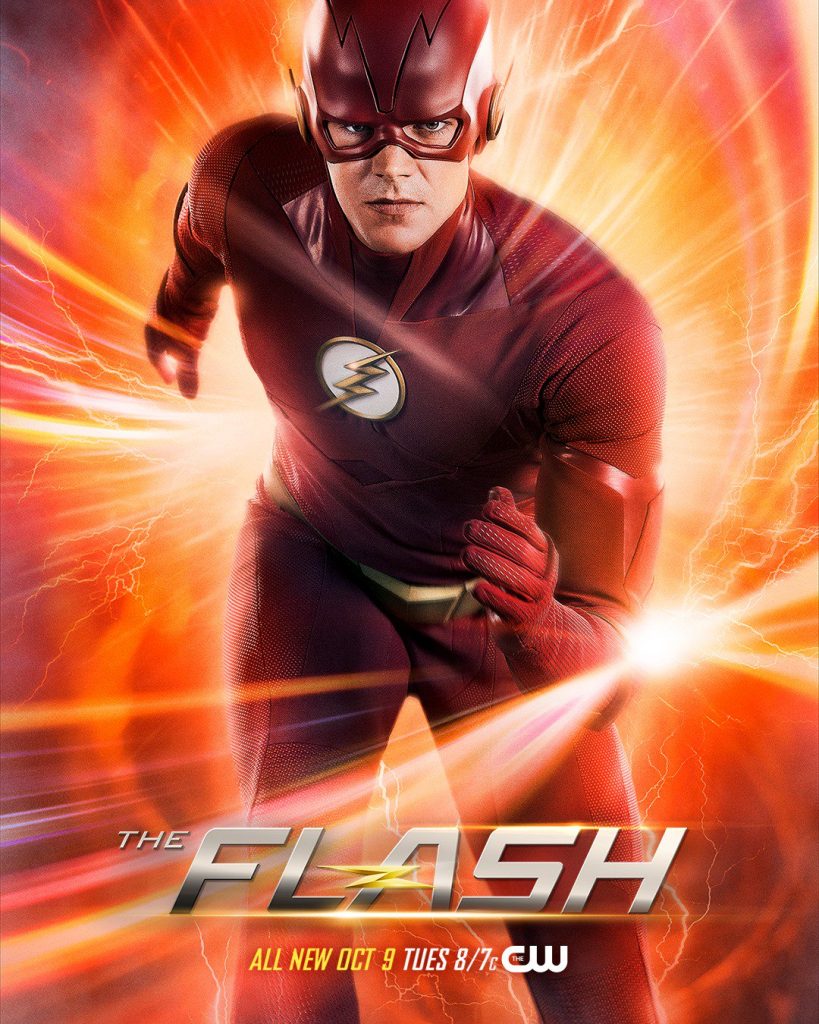 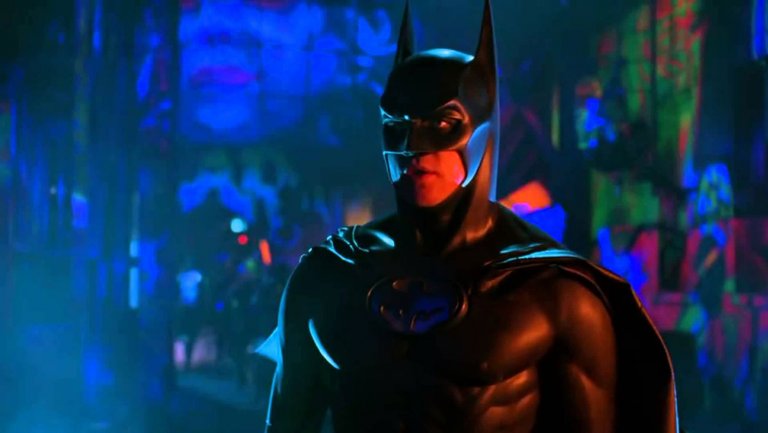 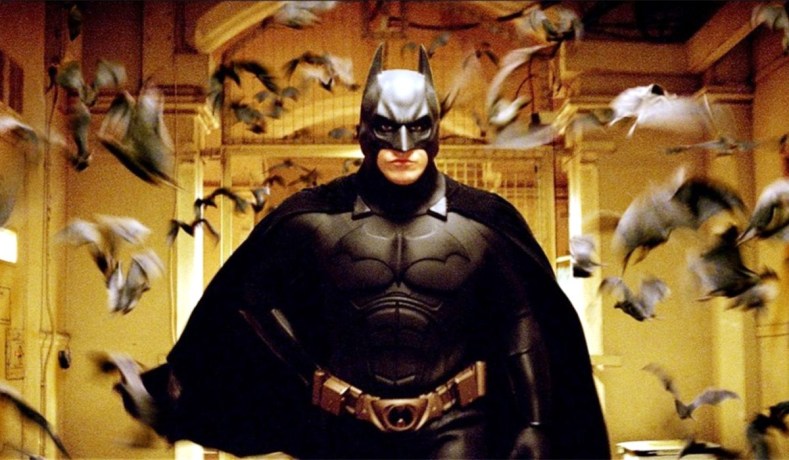 When and why did it become popular for superheroes to wear underwear on the outside of their pants? Seriously, why was that even a thing in the first place? Not like they are useful and have pockets.

JETT SAYS: It’s based on the suits that circus strongmen wore back in the late 19th and early 20th centuries. 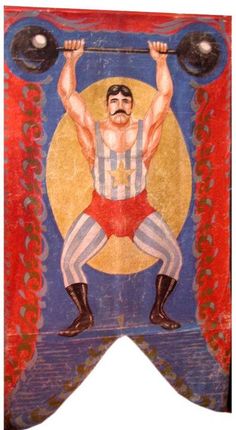 What do you think are the chances that a director will ever make a Batman movie exploring the psychological aspects of the character? That would be a great opportunity to have Dr. Hugo Strange, Scarecrow, and Mad Hatter all together in the movie.

JETT SAYS: It depends on the vision of the director.  We’ve also seen it before in films like BATMAN FOREVER and parts of THE DARK KNIGHT TRILOGY.  Frankly, I don’t know if a film that used that as its main theme would be all that exciting.  But a little bit, yeah.

Is it possible castings news in released this month? #BatmanOnFilmMailbag

JETT SAYS: Possible?  Yes.  I know the casting process is taking place, so it’s just a matter of time before we hear more on that front — especially as we get closer to the end of the year.

Will THE BATMAN have a romantic love interest for Bruce or is this going to be a different story?

JETT SAYS: The script calls for a “female lead,” but I don’t know if that includes being a “love interest” for Bruce Wayne (or Batman).

Hi Bill. Who do you see as a potential candidate to play Alfred opposite Robert Pattinson’s Bruce?

JETT SAYS: I haven’t heard any names and I don’t fan-cast, but give me Raph Fiennes.

If the rumors are true that there could be 5 or 6 well-known villains appearing in Matt Reeves’ film, doesn’t that seem like Reeves would be using up all his “bullets” in the first film, leaving no villains left for potential sequels?

For one thing, most of them will be small, cameo-ish type of roles.  Secondly, I subscribe to the Chris Nolan school of making a film where you don’t hold anything back for potential sequels.  You make the film you want to make and sequels will take care of themselves.

Who do you see as Scarecrow in a Matt Reeves Batman movie?

JETT SAYS: The King of All Media, Howard Stern. 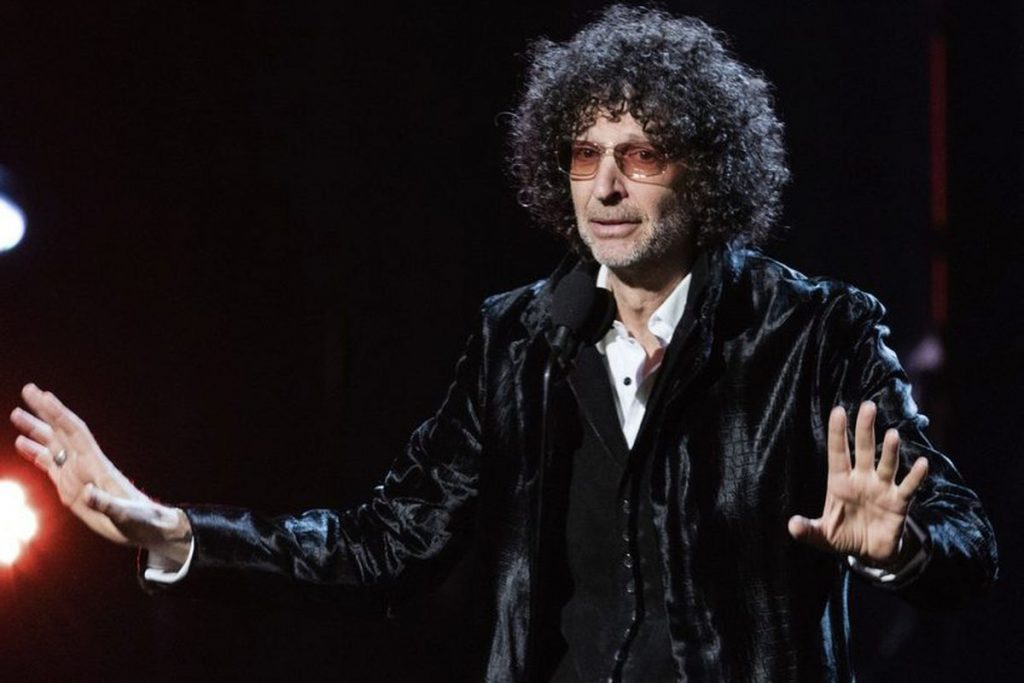 Any rumblings on how Wayne Enterprises/public persona of Bruce will be portrayed [in THE BATMAN]?

JETT SAYS: I’ve heard nothing.  They’ve got THE BATMAN locked down pretty tight — which is a good thing.

Hi Jett, I have a question. With Spider-Man and Batman continuing to get more movies, why hasn’t Superman? Shouldn’t he get the same love and respect like the Spider-Man and the Batman franchises currently have? 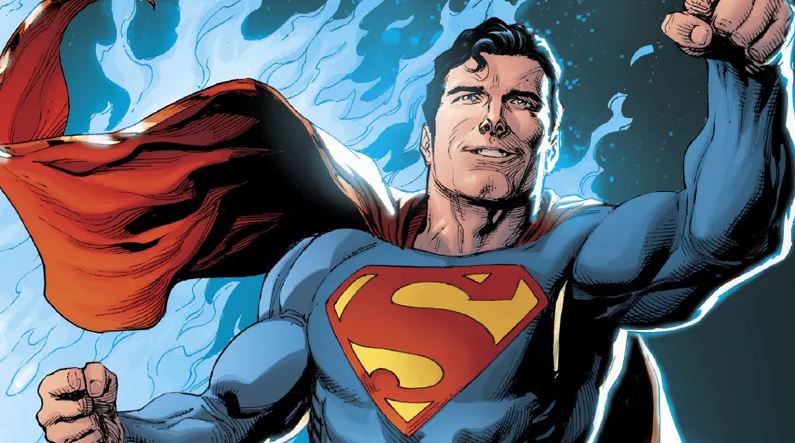 JETT SAYS: Let me preface my answer by saying that I’m a Superman fan and would love to see another solo Superman movie (and please don’t get me started on how WB F’ed up by making BATMAN v SUPERMAN instead of MAN OF STEEL 2!).

I’m going to be brutally honest and I know some people will not agree with me, but I’m just calling it like it is. 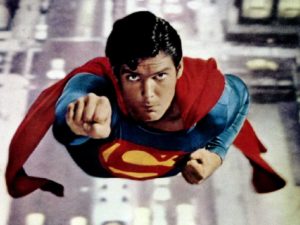 Superman just isn’t on the same level as Batman and Spider-Man when it comes to success on the big screen.  Really, there hasn’t been a Superman movie that was a huge hit all-around since SUPERMAN II back in 1981.

For sure, Warner Bros. has tried since there have been four movies with Superman (2 solo ones) since 2016, but they’ve either been disappointing at the box office or flat-out failures.

Batman is the studio’s #1 IP with a proven track record at the box office and that is why that character is getting a cinematic reboot.

Same goes for Spider-Man at Sony.  There have been 3 incarnations of Spider-Man on film within the last 20 years and all the films have done well financially.

The bottom line is that there is a strong desire by the overall audience for more Batman and Spider-Man movies, but not so much for a Superman film.

With all that said, WB will reboot Superman on film someday…I’m just not sure when.

have you heard anything on the vannessa kirby front for catwoman ? #BatmanOnFilmMailbag

JETT SAYS: I’ve never heard her named mentioned other than the recent online rumor, so no, nothing other than she said she hasn’t been approached for the part.

JETT SAYS: My educated guess is that we’ll get a logo early next year and a teaser trailer Summer 2020.  Both will be dropped on the internet first.

Hey, Jett! Just curious, how did you feel about the REBIRTH Batman uniform? I really dig it, feeling it looks modern but also homages previous iterations (the yellow logo outline, the purple cape lining). Do you think a version of it would work in live-action?

JETT SAYS: Sorry to disappoint, but I didn’t care too much for it.  I don’t mind the outline around the chest Bat-logo, but not the orange color.  Didn’t like the belt and the purple inside the cape at all.  My favorite Bat-suits are the one he’s sporting now (“the original suit”) and the New 52 suit. 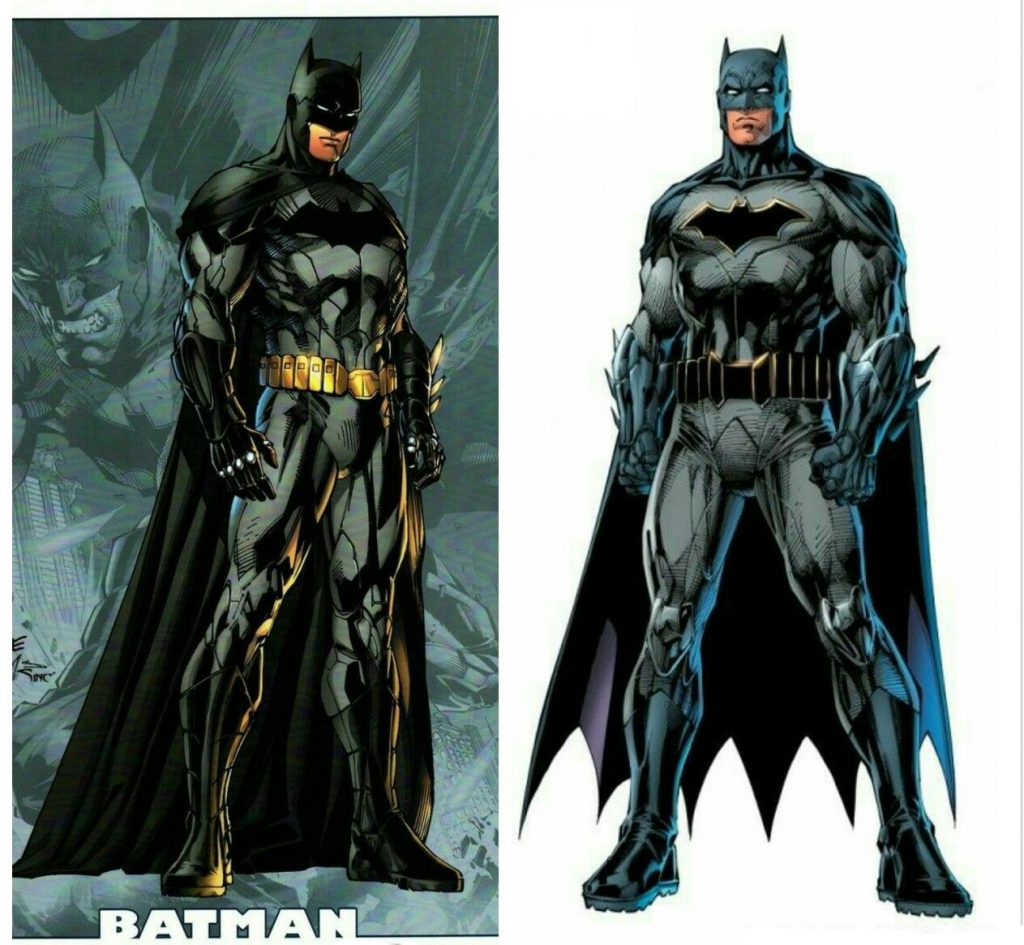 What do you think of Azrael’s resurgence in Justice League Odyssey, White Knight, and the upcoming Dark Multiverse one shot? Do you think we could ever see him on film? #BatmanOnFilmMailbag

JETT SAYS: Well, to be honest, I’m not really a fan of the character — and that goes all the way back to the (overrated) KNIGHTFALL days.  The only thing I’m reading of the stuff you mentioned in your question is CURSE OF THE WHITE KNIGHT and so far, I like what Sean Murphy is doing with the character.  We’ll see how it turns out.  Cheers!

With all the buzz JOKER seems to be generating, do you think these one-off type of films will become a more regular thing for DC/WB?

JETT SAYS: I believe that’s the plan and I’d love to see more of these type of DC movies from WB. 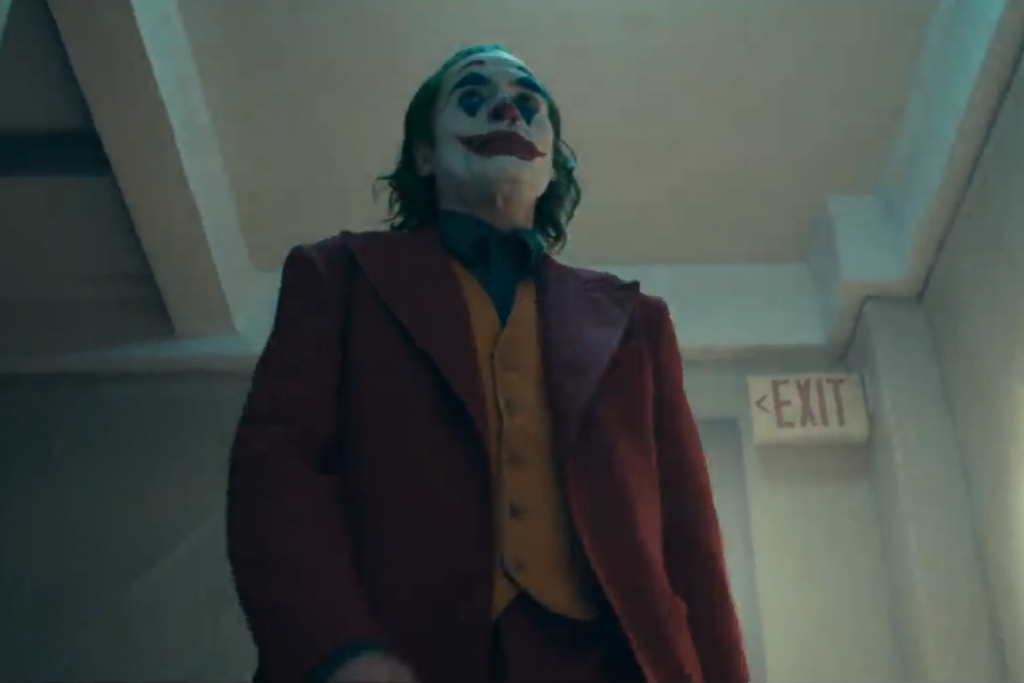 Do you think we will see a villain we have not previously seen on film in [THE BATMAN]?

JETT SAYS: Yep.  The Mad Hatter and Firefly are supposedly in it per casting calls.