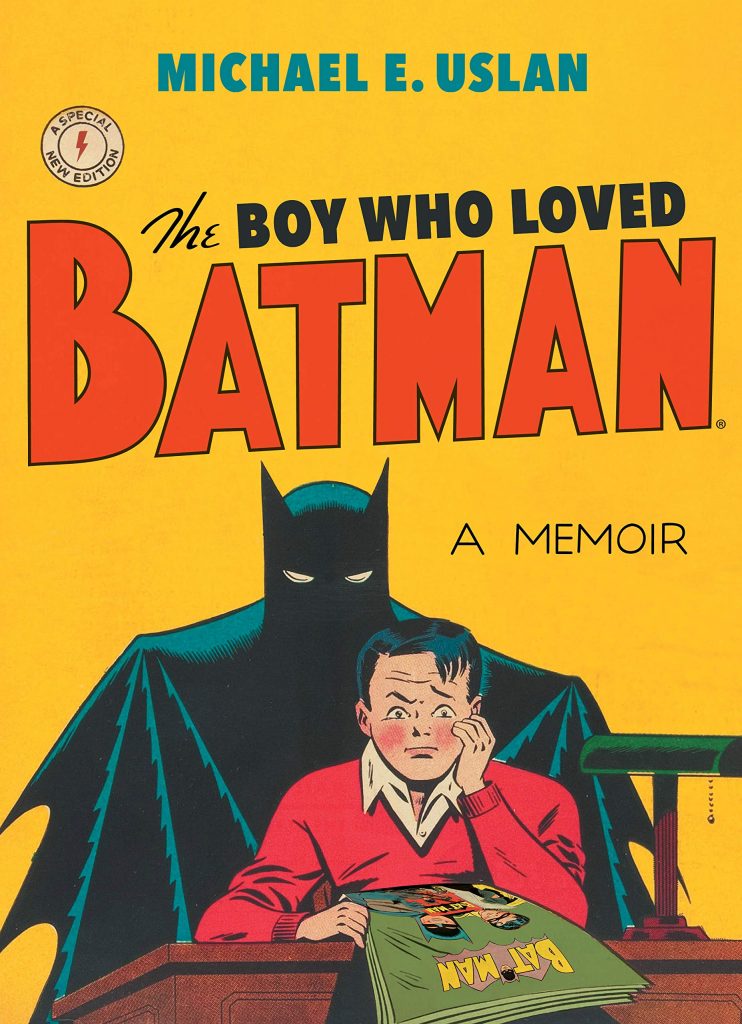 The great Michael Uslan has informed BOF that a new edition of his memoir, THE BOY WHO LOVED BATMAN, will be released this Fall.  Here’s out Mr. U exclusively described it to BOF…

This is a brand new hardback edition of my memoir, THE BOY WHO LOVED BATMAN, With an added Prologue and Super-Epilogue which brings us up to date on the precipice of JOKER.

It allows the readers and fans to accompany me on my journey as a kid in my 20s to successfully buy the rights to Batman from DC Comics in order to fulfill my dream of making dark and serious Batman movies inspired by the 1939 creation of Bob Kane and Bill Finger, as further woven by greats like Denny O’Neil and Neal Adams, Dick Sprang, Carmine Infantino, Steve Englehart and Marshall Rogers, and so many more!

It details the 10 tortuous years it took from the time we bought the rights until the day BATMAN was released in 1989 subsequently changed Hollywood forever and changed the world culture and its perception of comic books and superheroes.

I’m also very very happy to announce that I have just signed a contract for the sequel book which will reveal my 43 years of adventures in the screen trade.

Glad to have any and all Bat-Fans aboard!

THE BOY WHO LOVED BATMAN will be released on October 1, 2019.  Click here to order your copy now! – Bill “Jett” Ramey