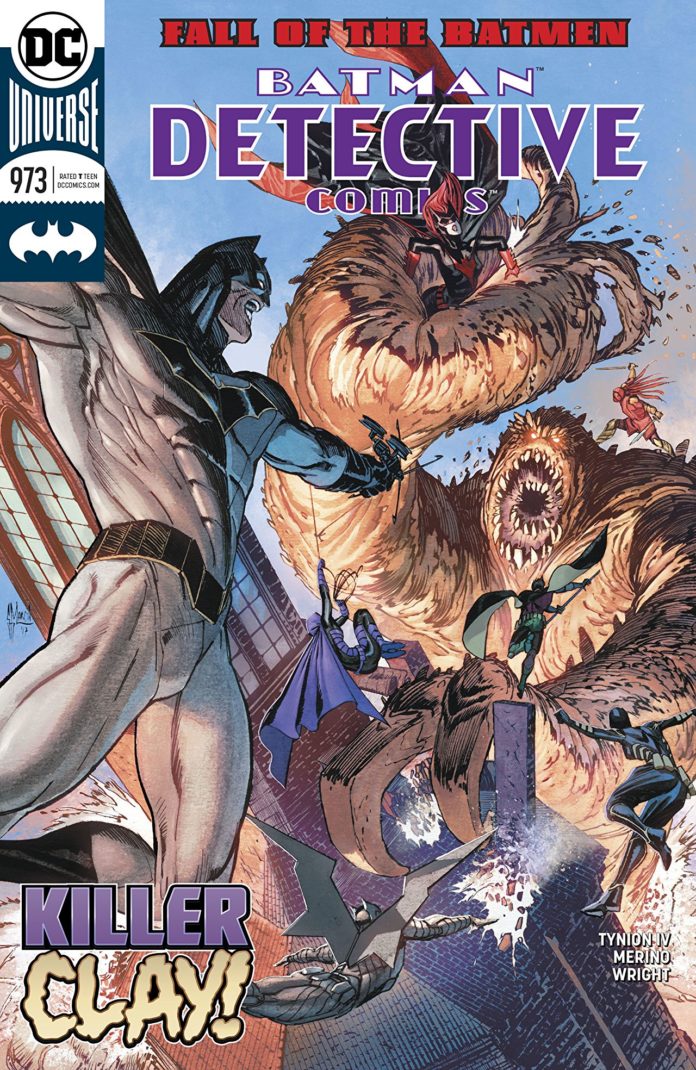 SYNOPSIS: “FALL OF THE BATMEN” finale! With the team in disarray and facing their most powerful adversary yet, Batwoman must make a critical battlefield choice—one with the power to shatter everything Batman has built! You’ll be talking about this issue for years to come!

“Fall of the Batmen,” Detective Comics #973, is the grand finale to James Tynion’s latest arc. Clayface causing destruction, the First Victim on the verge of victory with Gotham breaking out in riots all over the city…and it just feels like “ehhh that’s it?”  The hype was real and it was building dramatic tension that I haven’t seen in Detective in a long time. I wanted this story to stand with all of the wonderful Tynion tales we have read since Rebirth.

I have thoroughly enjoyed Tynion’s adventures with the Bat-family.  To name a few highlights; Shiva/Orphan, Lonley Place of Living, early Batwoman, reinvention of Spoiler, Clayface/Cassandra and most of Clayface’s rehabilitation, all really great stories with tragic and incredible moments in this run.  Fall of the Batmen was set up to be the next great entry, but it just falls short.  We still get great character moments in the book, as we are accustomed to with Tynion. Batman/Red Robin early and another beautiful Orphan/Clayface moment that really saved the book, the end of the book is a total jaw dropper.   Anarky even has a beautiful moment of redemption but this book does feel a bit too crammed.  For the first time this feels like “the Batman League” taking on “Godzilla.”  I was just ready to accept the first Victim as a new badass in the Gotham rouges gallery but now, he ranks just above Colony Prime.

Jesus Merino draws the interior of Detective and does a fine job.  While I did not necessary care for the direction the creative team took Clayface in the story, the artwork of him going all “Rampage” was really awesome.  Merino draws inspiration from the 1950’s, BTAS as well as ‘89 for his Batmobile. It catches your eye, a wonderful remix of what we have seen with his personal touch.  I adore the cameos made by Jim Gordon’s Rookie Batsuit from time to time.  The end of the book is drawn to perfection and gives me vibes of Joel Schumacher’s Phone Booth combined with the video game Silent Scope. This scene worked so well on both ends and really draws you in emotionally and visually. I feel as if I’ve seen Batman smile a lot recently in all forms of media and it always bothers me. Merino draws from my POV a “happy/smiling” Batman that is just not my cup of tea.  Over all the art is fun to flip thought and enjoy. I would not mind seeing Merino on Detective in the future, just make Batman appear a bit more serious.

I was pumped for the finale of “Fall of the Batmen.” I was hyped on the First Victim and the tension building around Clayface. I wanted this story to be next along with all the great stories that Tynion has already given us. This one issue just falls a bit flat.  Now there will be ramifications to this story and I fully trust that Tynion has a great way to rebound after this. I am still excited to see where we go from here.  I haven’t been this confident since Andy Pettitte took the mound in Game Six of the 2009 World Series.

The next issue of Detective Comics, #974 is released on Valentines Day 2/14/18 and I know I’m not going to miss reading it! – Peter Verra 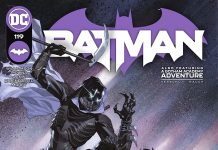 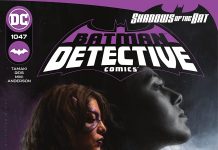