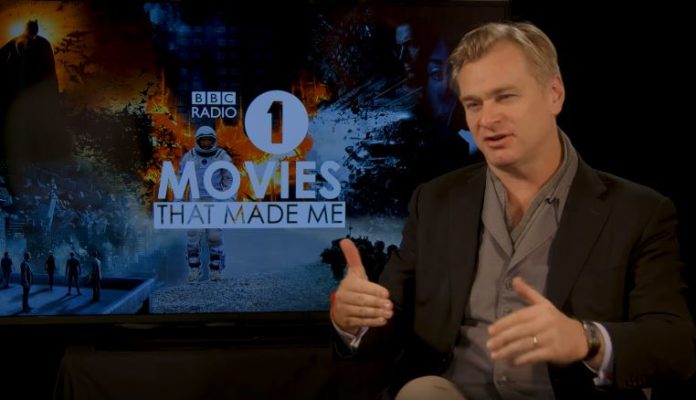 In recent interview with BBC Radio 1, Christopher Nolan was asked about the late Heath Ledger’s performance in 2008’s THE DARK KNIGHT.  Here’s a few quotes from Chris and I’ll let them speak for themselves…

“He would sort of give me hints about what he was going to do. We would talk about it a bit. And I would try and be an audience for him and sort of engage with him, what he was doing. But a lot of it was about unpredictability, and I think he wanted to play his cards close to the chest. He would very gradually reveal to me the ‘voice’ and the way he was going to do things – but not in one go, like, ‘Here’s the Joker’.”

“We watched him sort of develop it, with the wardrobe and the makeup, and I kind of got to be a part of that creative process, which was great fun, but on-set, there were always moments like that clapping or things he would do with his voice. His voice was so unpredictable. He created this bizarre pitch. I’ve seen a lot of people try and imitate it since. But we never quite knew if he was going to go high or if he was going to go low. You never knew what that guy was going to do, and that’s what was terrifying about him.”

“I took huge pride in having been in any way involved with this great performer and his legacy. He was an extraordinary person and an extraordinary actor. And for him to be recognized in that way, I think, was very meaningful for his family and meaningful, I think, for film history. What he contributed, and he contributed in many different ways to film history, but that it be marked in that way, I was very proud to be a part of it.”

BOF will be celebrating the 10th anniversary of THE DARK KNIGHT all year and is working on some special events/things.  Stay tuned!

And for the full Nolan interview, hit the link provided above. – Bill “Jett” Ramey