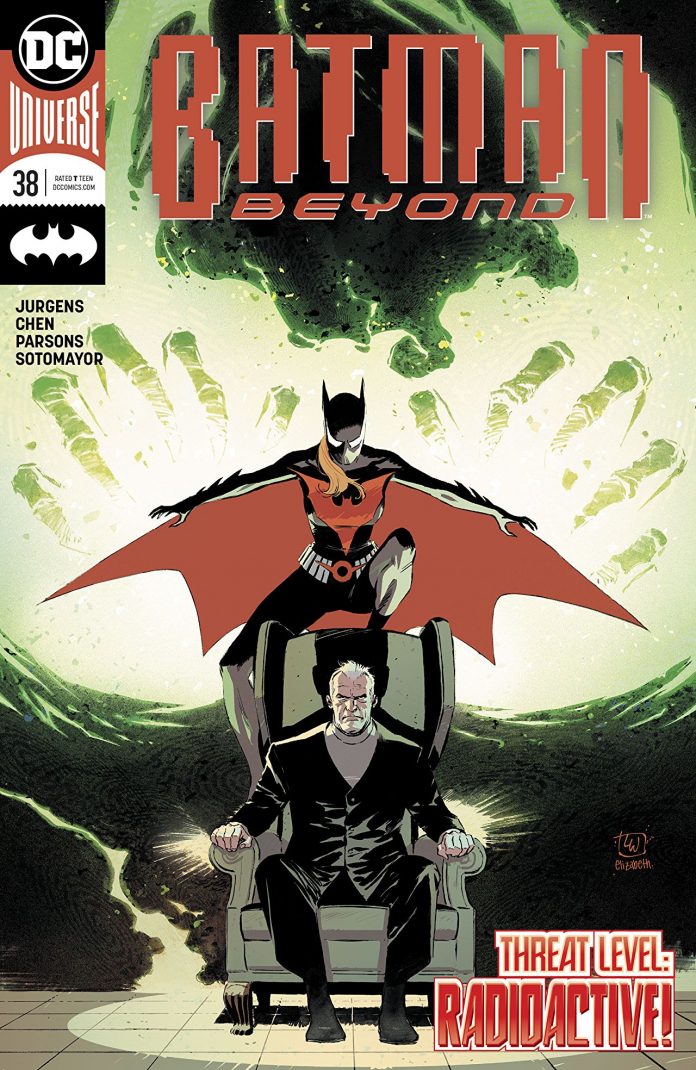 SYNOPSIS: After all these years, Derek Powers, long thought dead, returns! The lethal villain who now goes by the name Blight is back to terrorize Neo-Gotham while he hunts down Bruce Wayne! With Terry McGinnis wanted by the police and on the run, the only person who can stop him is Batwoman! But how do you stop a walking nuclear reactor when you barely know how to use your own high-tech suit?

Blight is back, the newest Batwoman is still a mystery, and Terry is (once again) still missing and amnesiac.

While Bruce and Matt are trying to deduce the identity of the Batwoman, a couple of the main suspects are eliminated. Blight is holding a massive grudge against Wayne Enterprises and, more specifically, Bruce himself. As a result, nobody who gets in Blight’s way is safe.

I really like the idea of bringing Blight in as this arc’s big bad much more than continually recycling the same old villains like has kind of become par for the course. This issue is a bit exposition-heavy, but nothing too unbearable. However, some of the writing was so unintentionally laughable that I couldn’t help but roll my eyes as I read this issue, think the shoehorned in “Justice League” movie jokes corny.

Besides a few instances, the writing was fine and Sean Chen’s art was fantastic (I really like the design of Blight, and the model for Batwoman is pretty cool as well). The problem with this issue for me is that throughout 90% of the issue, nothing happens. This has, unfortunately, become a bit of a trend for Dan Jurgens. He has a bad habit of starting a story arc strong, then starts to peter out.

All in all, issue #38 is very much the kind of book you need to read in order to get to the next issue but you’re probably not going to remember it. – Matt Whaley