Almost two weeks in, is it too late for me to say Happy New Year?

The 3rd decade of the 2000s is now upon us (Can you F’n believe it?!) and #TheBatmanIsComing!  Yes, director Matt Reeves’ THE BATMAN starring Robert Pattinson as The Caped Crusader has commenced filming and exciting times are upon us!  That means I am back in my wheelhouse again covering the production and eventual release of a solo Batman movie.

Hello, Bill! While it inevitably appears that Penguin, Catwoman, and Riddler will play significant roles in the film, is it possible that the main villain is being kept under wraps?

JETT SAYS: Either that, or the “main villain” will turn out to be someone the audience never expects. Clearly, Matt Reeves has a few tricks up his sleeves.

What are your five favorite Batman movies released in theaters?

Are you enjoying the Harley Quinn animated show?

JETT SAYS: Haven’t watched it and to be honest, I don’t have any interest in doing so.

I’ve noticed that each casting announcement by @mattreevesLA has included the name of the character that they are going to play. The exception was the announcement for Peter Sarsgaard. Unless he’s playing a character from the comics named “Peter”. Thoughts? #BatmanOnFilmMailbag 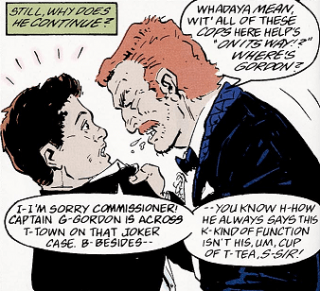 Any real chance at a blue/gray suit? #BatmanOnFilmMailbag

If there was any Batman film you wish you could see again for the first time, which would it be?

JETT SAYS: Definitely BATMAN BEGINS.  Even though it’s my favorite Batman film to date, I had read the script prior to seeing it for the first time and I still regret it.

What do you think of the Flash movie being based on “Flashpoint?”  Reckon that’s how they’ll reboot the DCEU and bring Pattinson’s Batman into it?

JETT SAYS: As I said on my Twitter, people are very likely wrongly assuming that it’s going to be just like the comic book story which was used to reboot DC Comics continuity.  In fact, the film’s director, Andy Muschietti said it would be a “different version of FLASHPOINT than you’re expecting.”

I’m thinking it’ll involve The Flash going back in time and changing something…which then fucks up all sorts of things.  I also believe it’ll be Flash-centric, if you will, and exist within the world of The Flash.

As far as it being a conduit to bring director Matt Reeves and actor Robert Pattinson’s version of Batman into a shared DC on film universe, that ain’t gonna happen.

Warner Bros. has said publicly that they are no longer pursuing a live-action cinematic DC universe any longer and are focused on making good solo films that are their own thing and helmed by strong filmmakers.  So fans need to stop trying to create a “DCEU 2.0.”

When do you think we’ll get a teaser [for THE BATMAN]? With WONDER WOMAN 1984 or more around December?

JETT SAYS: Of late, Warner Bros. has been dropping trailers for DC films about 6 months out.  However, this is Batman we’re talking about and their #1 IP.  So based on the previous live-action solo Batman films — THE DARK KNIGHT TRILOGY — I can see them dropping a teaser trailer this coming Summer.

Do you think we will have a teaser trailer by the time SDCC rolls around?

Whst kinda aesthetic are we looking at for Gotham. More realism like Nolan or more batman forever?

JETT SAYS: I’m sure it’ll be different from what we’ve seen in other films. However, I do not believe Reeves is going for a stylized look, so I’d say closer to THE DARK KNIGHT TRILOGY than what we got in the Burton/Schumacher films.

If the upcoming WONDER WOMAN 1984 is a huge success, could this be another DC movie make a billion dollars?

JETT SAYS: Sure.  But WW84 doesn’t need to make a billion dollars to be considered a success.  I think the idea that if a comic book/superhero movie doesn’t hit a billion bucks at the box office then it “underperformed” is preposterous.

Do you think it would be wise for Matt Reeves to avoid The Joker in his planned trilogy?

JETT SAYS: Nope, not at all.  The Joker is Batman’s #1 adversary and should be included in any finite Batman story at some point and I’m sure Matt Reeves is aware of this.  While it doesn’t appear that the character is in THE BATMAN, I figure The Joker will show up in one of its two sequels.  If it were me, I’d wait until the third and final film.

What are your thoughts on the Joker character now being seen as kind of a sympathetic character by the general public based on the film? The film was great, but I did like that he was the one character who had no mainstream sad backstory (even if in his head) #BatmanOnFilmMailbag

JETT SAYS: Honestly, I think it’s a non-issue.  Sympathetic character in JOKER or not, the success of the film proves to me that the Batman brand is strong and The Joker is a very popular character.  I didn’t feel sorry for or pity Arthur Fleck in the film at all — he disturbed me.

When do you think we’ll get our first official look at Robert Pattinson in his Batsuit?

JETT SAYS: Soon, I’ve heard.  With that said, it’s my hope that Warner Bros. and Matt Reeves gets one out before anyone has a chance to get a crappy shot of him sporting it while filming and posts it on the internet.  THE BATMAN doesn’t need a “SHAZAM! Situation” and can control the narrative by releasing a professional, good-looking image of RP in the Batsuit.

#BatmanOnFilmMailbag Any idea of what to expect for the Batmobile or when we’ll first see it?

JETT SAYS: Sportscar/muscle car-ish and I’m sure we’ll get a look at it via a publicity still before it’s filmed out on the streets of London…or Liverpool.